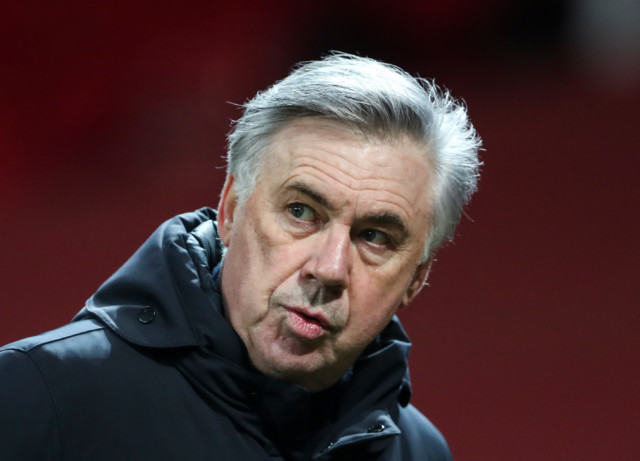 EVERTON boss Carlo Ancelotti’s empty safe has been recovered after raiders stole it from his £2million home.

It was found dumped in a car park after Friday’s 6.30pm heist in which Ancelotti’s stepdaughter Chloe, 25, disturbed the two thieves.

Italian Ancelotti, 61, raced back from training to join her in Crosby, Merseyside.

Now cops have revealed they found the safe in Thornton – three miles away from his five-bed home – on Saturday.

Officers said it had been “forced open” but refused to disclose the value of its contents.

Merseyside Police took the item for “forensic examination” as they launched a fresh appeal for witnesses.

They are still tracing the masked thieves dressed all in black who lifted the safe in minutes.

Ancelotti has ramped up security at his mansion he shares with wife Mariann Barrena McClay since the raid.

The hit raises fears for his neighbour, Liverpool’s Georginio Wijnaldum, as well as Jamie Carragher and boxing champ Callum Wilson who live nearby.

The Everton gaffa was seen leaving his gated compound in his £313,000 Rolls-Royce SUV over the weekend as pals said he is “determined to carry on as normal”.

Ancelotti’s side lost 2-0 at home to Fulham on Sunday.