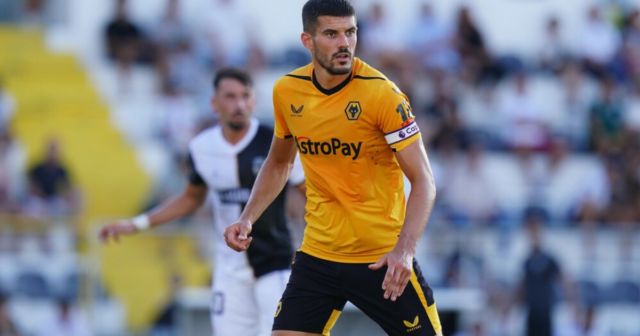 EVERTON are reportedly about to tie up a deal for Conor Coady after losing Ben Godfrey to a long-term injury.

England centre-half Godfrey broke his leg just ten minutes into the Toffees’ opening game of the season against Chelsea on Saturday.

The 24-year-old was injured in a challenge with Kai Havertz and is facing months on the sidelines.

The Toffees also lost fellow centre-back Yerry Mina to an ankle injury during the 1-0 defeat at Goodison Park.

That has left boss Frank Lampard short of cover as he bids to avoid a repeat of last season’s relegation scrap.

Lamps has identified England’s World Cup hopeful Coady as the right man for the job.

The 29-year-old was an unused sub as Wanderers started their campaign with a 2-1 defeat at Leeds.

Wolves boss Bruno Lage said in the build-up he has always valued Coady’s stellar seven-year service at Molineux but admitted he does not know if he will leave.

And 24-hours after Godfrey’s injury, Football Daily reported Everton are close to finalising their swoop.

The breaking football news service say he is expected to join on an initial loan deal with an option to buy.

He earned the first of his ten caps in 2020, and played all 38 games of Wolves’ league campaign last season.