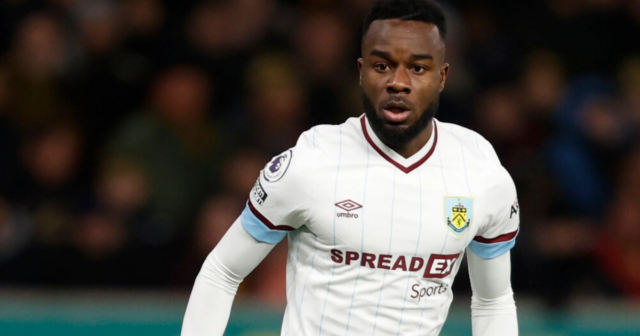 EVERTON have seen a swoop for Maxwel Cornet SNUBBED by Burnley — because it was a ‘loan with a view’ bid.

Toffees boss Frank Lampard hoped to land the Ivory Coast ace as a replacement for Brazilian forward Richarlison, who has joined Tottenham.

But the offer was to take speedy Clarets star Cornet for the season and buy him if Everton stay up.

Cornet, 25, is keen to stay in the Prem and Burnley would sell for £18million, although the Scousers will have to pay on a guaranteed basis.

Burnley need the money from the sale to finance their own summer transfer moves for Manchester City’s Swiss  keeper Arijanet Muric  and Coventry  midfielder Callum O’Hare.

Both deals are expensive and the Clarets need funds to land them and have them in boss Vincent Kompany’s new-look squad.

Rival clubs have also asked about Cornet, who fancies Everton but may have to take another move if the fee is paid properly to the Turf Moor outfit.

Lampard is also chasing other players and has tried similar ‘pay-as-you-play’ deals for Dele Alli when he signed from Tottenham.

The Goodison club would also like to be in the chase for Wolves midfielder Morgan Gibbs-White — but that would take more money than they currently have to spend.

Everton could sell winger Anthony Gordon, 21, to moneybags Newcastle to pay for a couple of new signings.

However, they do not want to lose him if they can avoid it.

Gordon could be offered a new lucrative deal to keep him happy, although the Toon are talking huge wages as well as a £40m fee.

Did you miss our previous article…
https://www.sportingexcitement.com/football/premier-league/tuchel-says-chelsea-may-refuse-to-sign-unvaccinated-stars-after-kante-and-loftus-cheek-missed-us-tour-due-to-covid-rules/

Advertisement. Scroll to continue reading.
In this article:franklampard, itwas, theoffer