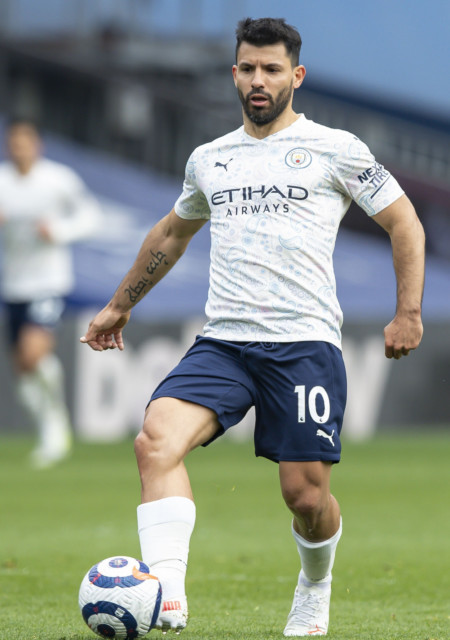 The Argentina star is leaving on a free transfer this summer and a host of clubs are chasing his signature.

Sergio Aguero has been linked with a move to Everton

According to the Daily Star, Everton are the latest club to express an interest in signing Aguero.

Carlo Ancelotti wants to strengthen his team’s attack and the arrival of the 32-year-old striker would provide a major boost heading into next season.

The Toffees are reportedly ready to offer Aguero a big signing on fee to convince him to move to Goodison Park.

But Everton face serious competition with a cluster of clubs bidding to swoop for Aguero.

Chelsea have been linked with a move for the prolific finisher as the Man City legend considers a potential stay in the Premier League.

Barcelona are also determined to bring Aguero back to Spain this summer with his agent holding talks in Catalonia recently.

Barca are leading the chase for him but Tottenham and Leeds are also interested in the striker.

And the striker is certain to be in demand this summer as he decides on his next move.