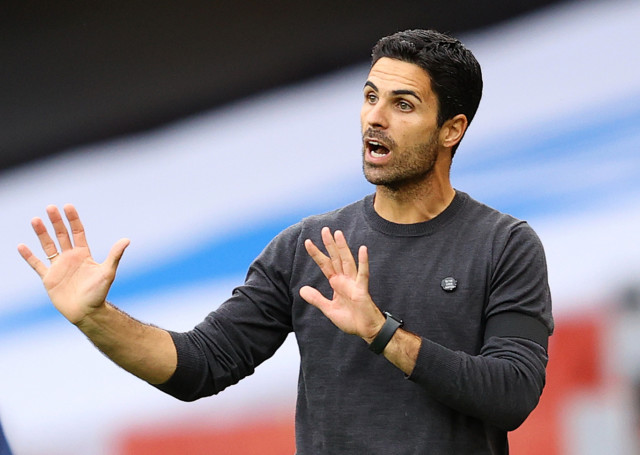 ARSENAL face Everton on Merseyside looking to end a run of six Premier League matches without a win.

Mikel Arteta’s side laboured to a 1-1 draw at home to Southampton in midweek, with Gabriel seeing red as the Gunners continue to show their ill-disciplined side.

Arteta is under huge pressure after a terrible run of results

Everton meanwhile are chasing a third victory on the spin after impressive wins over Chelsea and Leicester.

What time does Everton vs Arsenal kick off?

Here’s one way the Gunners could start against Everton

Arsenal will still be without Thomas Partey, who injured himself in the loss to Tottenham two weeks ago.

Both Grant Xhaka and Gabriel Magalhaes are suspended for the Gunners.

Arteta started youngster Eddie Nketiah ahead of Alexandre Lacazette against Southampton – but the Frenchman will likely get the nod for this one.

James Rodriguez could come back into the fold after missing Everton’s last two games with injury.

Everton are still without Allan, however.