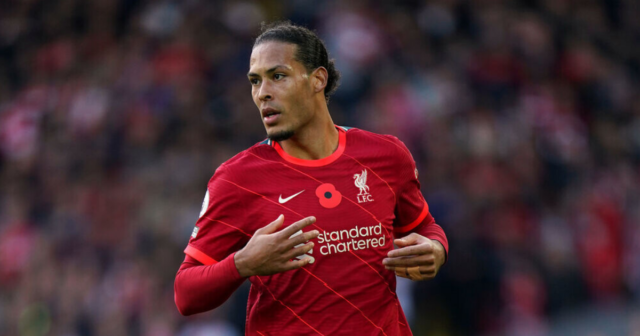 VIRGIL VAN DIJK is not the best defender in the Premier League according to former Arsenal, Tottenham and Chelsea star William Gallas.

The 44-year-old has caused quite a stir with his choice of players when asked who the best defenders in the Premier League are.

Whilst many would argue that it is Van Dijk, the Frenchman took a different approach and argued that Thiago Silva and Ruben Dias are the best.

“I think what he does for Chelsea, it’s magnificent.

“As you know, to play in the Premier League it’s not easy, it’s very physical.

“And Thiago Silva is 36 years old, he is the boss of that defence. He’s mature, he’s got experience.

“So that’s why players like Rudiger and Chalobah, when they play next to Thiago Silva, they feel secure.

“Thiago Silva, with his experience, he takes all the pressure on his shoulder.

“Thiago Silva is one of the best defenders in the Premier League.”

Since joining Chelsea in 2020 the Brazilian centre back has been an indisposable asset for Thomas Tuchel.

He has made 55 appearances so far for the Blues, scoring four times and assisting twice.

But Silva is not the only man who has caught the attention of Gallas, Manchester City’s Dias has also impressed.

He added: “As well, you’ve got Ruben Dias at Man City.

“He is a very strong, and a very thoughtful defender he doesn’t make a lot of fouls.

“In his position, that is always good, that is how he communicates to his team.

“He doesn’t speak a lot, but he doesn’t have to, but you know, he looks strong.”

The 24-year-old joined City last year and has certainly made an impression since his arrival.