Ex-Arsenal defender Justin Hoyte on the future of the MLS, its soccer pyramid and being a resident in Beckham-land
Advertisement 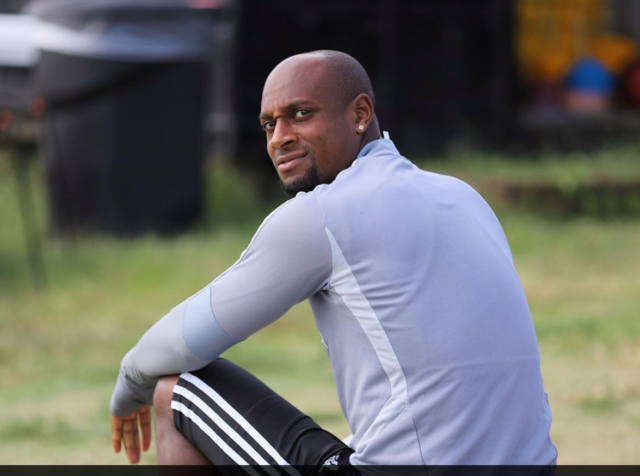 OVER THE POND, in the land of the American dream and celebrity soccer, livelihoods and careers are about to be crushed.

The MLS, renowned across the globe for attracting the biggest names since its inception in 1994, has not been immune from the devastating fight against coronavirus.

On March 12, the league was suspended immediately for a minimum of 30 days, before extending that to mid-May just a week later.

And as that deadline inches closer, Justin Hoyte – now a Miami resident – has eagerly observed the reaction time of both the league and the country.

The former Arsenal defender has built another life in the US, spending two years at FC Cincinnati before taking a step down to the UPSL this year with Miami Beach CF as a player-coach.

He feels the MLS will survive the economic effects of the pandemic – and, in fact, come out stronger as the call for soccer in a country once dominated by other sports grows daily.

But in getting his first taste of life in the boardroom of a club in the American Conference, where life-changing decisions are made, he fears for the rest of the soccer pyramid.

Hoyte, 35, said: “It’s scary as no one knows what’s happening next.

“Will certain players be able to stay? What about our players out on loan for instance – what happens with their loan agreement? If clubs don’t want to buy them what happens?

“We will be expecting funds for those players and have planned around that but that could now be cancelled.

“It is a horrible and unthinkable time for players who are on short term contracts. If the season is called off come June are you still going to be paid or even be at the club?

“This situation has never happened to anyone in sport so no one knows how to handle the situation. It is a guessing game.

“At the end of the day a lot of clubs in these divisions may not be able to survive. It is not something that will be fixed overnight and to make the money back will be impossible.” 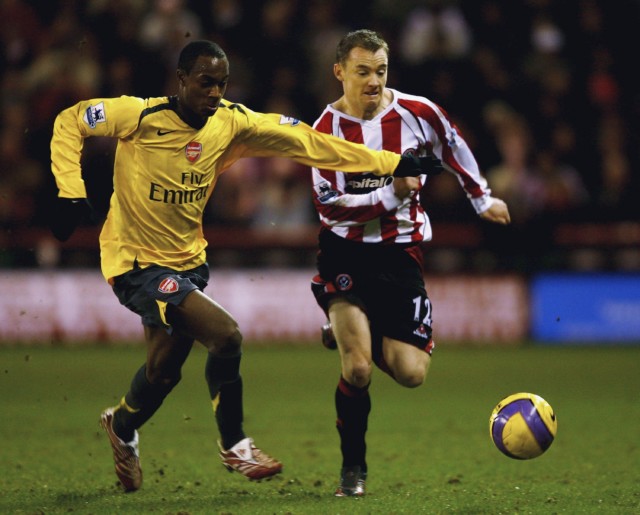 Juatin Hoyte playing for Arsenal against Sheffield United in 2006

‘SPORT IS LIFE OVER HERE’

Unlike the Premier League and English football, US-based players in the top flight are contracted to the MLS governing body, rather than individual clubs.

Designed to cut costs for individual franchises, who are then able to attract separate multi-million investors who become MLS shareholders, the sport is no stranger to profitability.

“You wake up early in the morning to watch the Premier League, and then you spend the rest of the day watching baseball, basketball and NFL.

“Sure, people will be nervous being in a packed stadium again but once it is up and running the sport will carry on growing. The hope is it will once again trickle down to the lower leagues.”

At present there is no clause being discussed by Major League Soccer to allow player salaries to be reduced in case of an event like a pandemic.

But Hoyte – who has close ties with players still in the MLS – reveals that there are serious question marks over the country’s premier division and whether they will continue to pay out.

Thanks to @miamibeachcf for the opportunity for not only allowing me to continue my playing career, also bein a major help off the field and in the future with the club. I’m excited to be part of something and work with people who are very ambitious and who share the same drive and passion I have. Good things are about to happen and this is only the start. Thank you @miamibeachcf & @mr.iafrate

and plans about the future with the main man himself @mr.iafrate

. Announcement to be made soon. Next Chapter and journey in my career. It’s more than

, it’s to pass my knowledge and experience on asWell as play the game for many more years to come.p #Hoyte32 #jh32 #40ismygoal

He explained: “I don’t think the league is too sure what to do, and clubs and players are in limbo land.

“They don’t know what is next, they may get paid this month but what about next month?

“The authorities need to decide soon whether players are taking cuts or not, or getting cut themselves, but that could take weeks.

“As far as I know no one has taken a pay cut as of now. The league has stopped and they got paid last month, but whether that continues is up in the air.

“They have to keep fit and active right now and if the league starts up again in the next month or so then they will be expected to be ready.”

It could not come at a worse time; the MLS announced in February that a new Collective Bargaining Agreement (CBA) had been negotiated, which would include raising the investment for transfers and wages.

And it could also not come at a worse time for David Beckham, whose new side Inter Miami CF have seen their debut season – now scheduled to finish in December – interrupted.

That has not Beckham-mania taking over Miami, however.

Hoyte laughs: “Miami is more than just the luxury lifestyle and fast cars and beaches, but you can see why movie stars and sports legends love it here.

“Beckham is the talk of the place right now. He is on every billboard and sign.

“I have seen so many people wearing the jerseys and hats and people will ask: ‘Oh isn’t that Beckham’s team?’.

“He has had such an impact in a short space of time and once he gets his stadium done then it will be a huge thing for soccer not just in Miami but the whole country.”