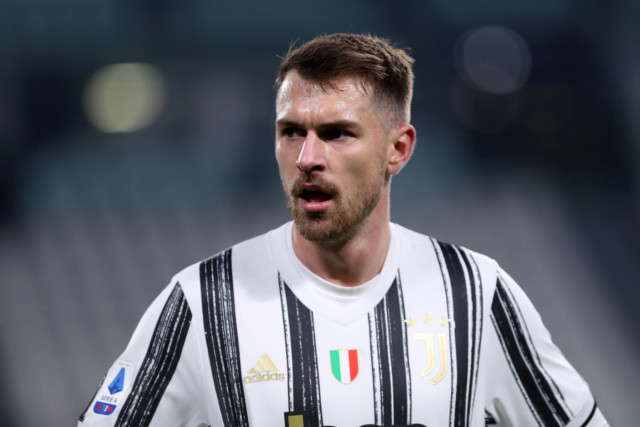 AARON RAMSEY is finally finding his place in the Juventus team after starring in a false-9 style role.

It has been far from plain sailing for the Welshman since his 2019 move from Arsenal.

Scoring in each of the two Serie A games immediately before the pandemic struck, he only started two more matches after the break as Juve stuttered to the Scudetto.

Andrea Pirlo’s arrival appeared to be doing little to change his fortunes.

With starts in the first two games of the season, Ramsey picked up an assist before another muscle injury hit.

The new coach was unable to regularly pick the midfielder until December.

A dominant display in the 3-0 Champions League win at Barcelona showed the player, who turned 30 on Boxing Day, still had what it takes.

Another assist in the 4-0 drubbing of Parma was followed by an early substitution in the defeat to Fiorentina, thanks to Juan Cuadrado’s red card demanding a 19th-minute reshuffle.

There were no such issues when Ramsey was given another go in the starting XI for Sunday’s match with Udinese.

In the first-half, he bustled opponent Rodrigo De Paul out of possession and teed up Cristiano Ronaldo’s opener.

And Ramsey would have made it three in the eventual 4-1 win, but for VAR picking up an accidental handball in his rebound finish.

Italian daily Tuttosport likened the ex-Arsenal man’s position to that of a false-9, opening up space for Ronaldo and Paulo Dybala to run into.

Bianconeri boss Pirlo was reserved in his praise for Ramsey after the game, citing the player’s need to stay fit having hit form.

Cristiano Ronaldo with a great opener for Juve!

He said: “When he’s in good shape, Aaron is a very important player.

“He’s intelligent, he knows which positions to find on the pitch.

“Unfortunately, he had so many problems in recent years that he needs a lot of rest between games.”