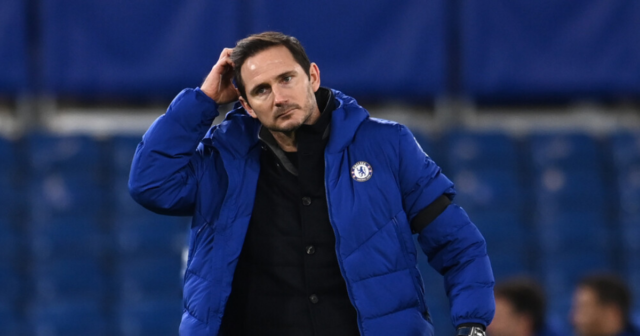 FRANK LAMPARD is a leading contender to replace Steve Bruce as Newcastle manager.

Bruce met new part-owner Amanda Staveley yesterday for the first time and is still clinging on to his job after talks.

Frank Lampard, who has been out of work since leaving Chelsea in January, is a leading contender to take over at NewcastleSteve Bruce is clinging on to his job at St James’ Park

But SunSport understands Lampard is on the shortlist to take the St James’ Park reins, with talks potentially starting as soon as this week.

Lamps, 43, has been out of work since he was sacked by the Blues in January and is keen on a return to the dugout.

Ex-Borussia Dortmund boss Lucien Favre is the bookies’ favourite to get the job.

The German giants axed the Swiss veteran, 63, last December and he is still without a club.

Favre rejected Crystal Palace in the summer but would likely be swayed to take over the bottom-half side, with Toon now the world’s wealthiest club.

A list of candidates is being prepped, with Leicester’s Brendan Rodgers and Brighton’s Graham Potter also among the names.

Bruce took training on Monday in front of Staveley and her husband Mehrdad Ghodoussi following their 90-minute visit to Toon’s HQ.

The squad were all smiles when filmed meeting the new owners, though Bruce did not feature in any of the club footage.

And assistant Graeme Jones is still expected to take charge against Tottenham on Sunday once discussions over Bruce’s multi-million-pound payoff have been completed.

Club non-executive chairman and new powerbroker Yasir Al-Rumayyan, who is also governor of Saudi Arabia’s Public Investment Fund, will have the final say on the new manager.

He is hoping to visit St James’ Park on Sunday for the first time.