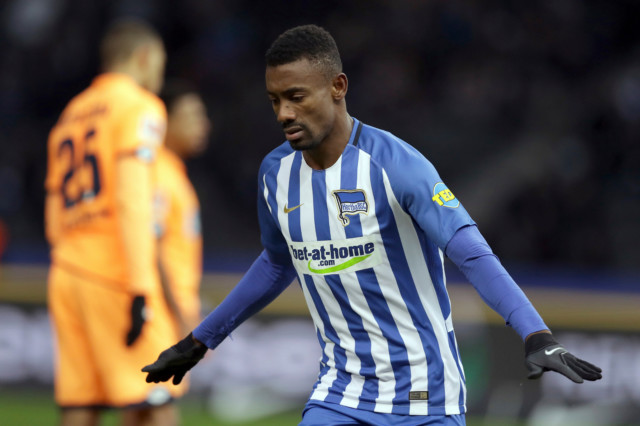 FORMER Chelsea winger Salomon Kalou is on the brink of joining Brazilian side Botafogo.

The 34-year-old, who is out of contract at Hertha Berlin, hasn’t featured since last November in a 2-1 defeat against Borussia Dortmund.

Salomon Kalou is on the brink of joining Botafogo

Kalou’s time with the Bundesliga side was effectively over when he was suspended in May for breaking distancing rules during lockdown.

The Ivorian was caught on camera shaking hands with team-mates and interrupting a medical check-up during the coronavirus pandemic.

He was forced into a grovelling apology online that read: “I’m sorry if I gave the impression that I’m not taking coronavirus seriously. I want to apologise for this.

“The reality is the exact opposite, because I’m really worried about the people of Africa, because health systems aren’t as good there as they are in Germany.

“I didn’t really think it through, and was excited that my tests came back negative.”

Kalou has spent six seasons with Hertha and is braced to end his career in Brazil when he signs on a free transfer.

A club official told SporTV: “He already has the pre-contract, but he asked for just one more detail in the contract that was sent to him.

“I think it’s okay. And if no presidential candidate for Vasco appears at his house, I think that maybe he will come.”