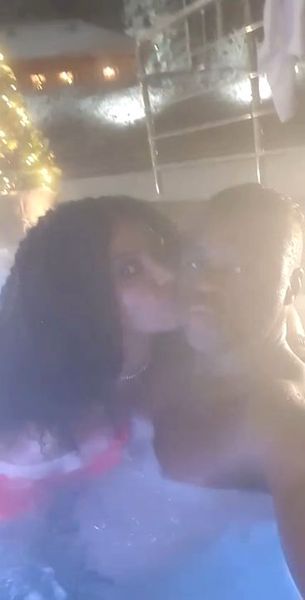 Ex-Everton star Magaye Gueye is facing calls to be deported from Romania … after being filmed in a booze-fuelled hot tub with two women.

The French striker, 30, made 39 Toffees appearances in four seasons before joining Millwall in 2014.

But he became the talk of Romania this week after footage of him appeared on social media.

A clip shows the Paris-born player swigging champagne in a jacuzzi accompanied by two scantily-clad women.

Gueye is heard ranting abuse about his club bosses, as well as reportedly describing his two companions as “whores.”

The women are seen to kiss and cuddle the former Premier League ace before writhing sexily with each other.

Dinamo legend Florentin Petre has now called for Gueye to be booted out of Romania.

The 54-cap winger won three league titles and five cups with the Bucharest club, and later had spells as their assistant manager.

Petre, 45, fumed: “What Gueye says is shocking. You can do what you want when you are free. 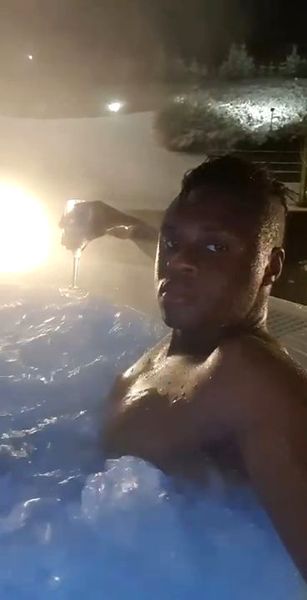 The striker had filmed himself in the hot tub 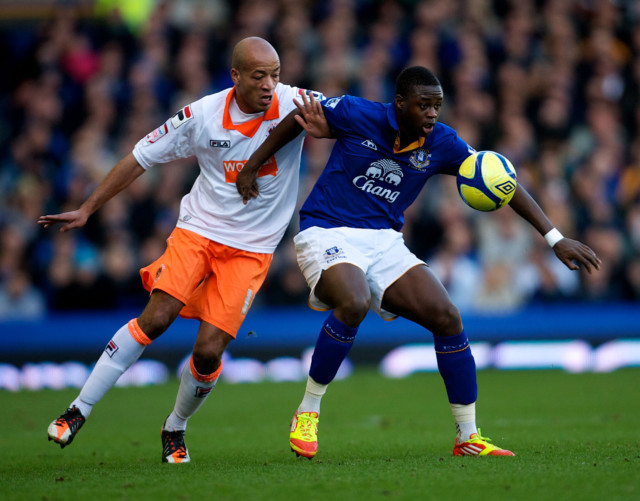 Magaye Gueye playing for Everton in 2012

“The problem is when you offend and mock Dinamo’s history. He must be fined and sent back where he came from.

“He must be kicked out of the country! He has mocked all the supporters who have invested money in Dinamo.

“He ate and drank the fans’ money. He was under the influence of alcohol.

“I’ve known this boy since he came over. He was more like a rugby player than a footballer.

“They just come over to make a name for themselves at Dinamo, to recover and to earn some money.”

Everton paid Strasbourg £1million for Gueye in 2010, but he managed just three goals in four years for them.

He struck five times in 36 games for Millwall, and went on to play in Turkey and Azerbaijan before moving to Dinamo.

Gueye won France Under-21 caps before switching allegiance to his parents’ birthplace Senegal – playing three times for the Under-23 side.

Did you miss our previous article…
https://www.sportingexcitement.com/football/premier-league/ray-parlour-would-love-arsenal-to-sign-special-talent-wilfried-zaha-but-fears-crystal-palace-wont-allow-transfer