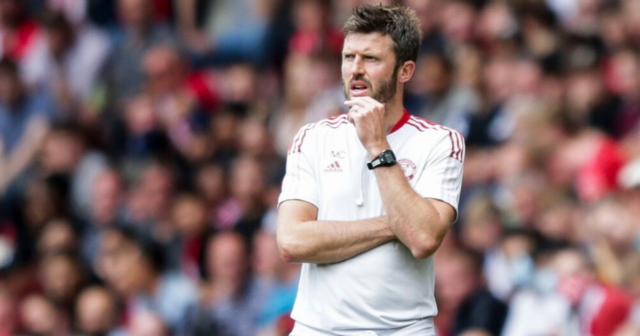 RANGERS should consider having Michael Carrick as their next manager, says Charlie Adam.

The defending Scottish champions are currently searching for a replacement boss after Steven Gerrard’s dramatic exit to Aston Villa.

Michael Carrick should be considered for next Rangers boss, according to Charlie Adam

Michael Carrick, 40, is currently working as a first-team coach at Manchester United.

After retiring from a glittering playing career in Manchester, the five-time Premier League winner became a key member of the backroom staff.

Popular with fans at Old Trafford, the former club captain has coached under Jose Mourinho and now Ole Gunnar Solskjaer.

While Gers legend Giovanni van Bronckhorst is front runner for the role, Carrick has been suggested as a surprise contender.

He said: “I’ll throw a name in the hat. Michael Carrick – he has been at Man United, a big club, good coach.

“It was a gamble with Steven.

“Will they go down that same route? Will they go for an experienced name? There will only be three or four people that know.”

The Rangers job was Steven Gerrard’s first as a senior manager – following a stint at youth team level at Liverpool.

Adam argues that employing Carrick would be less of a gamble than when they took Gerrard – and lead to similarly positive results.

The Glasgow side are four points clear of their neighbours, Celtic.