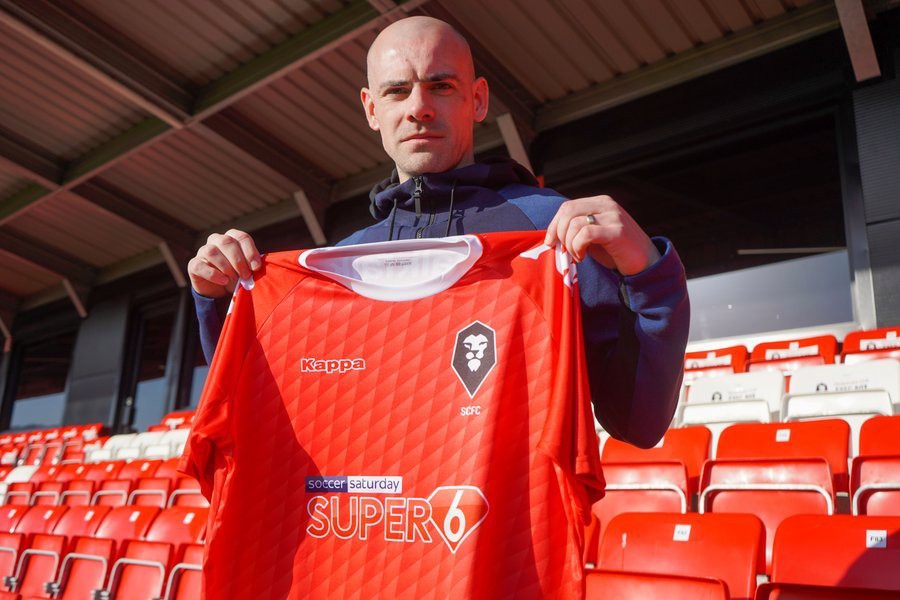 FORMER Manchester United midfielder Darron Gibson has penned a short-term deal at League Two outfit Salford City until the end of the season.

The 32-year-old had been without a club since being released by Wigan last summer, where he featured in just 18 Championship games.

“It’s a challenge for me personally, I’ve not played for a while, I’m just looking forward to getting back in the swing of things.”

On being at Salford, he added: “The training has been good, I like the manager’s ideas, I’m looking forward to it and I’m ready to go.”

Gibson has endured a rocky last few years in England, with his spell at Sunderland marred by controversy after he labelled the club as “f****** s***” following a pre-season defeat by Celtic.

And he was also suspended by the Black Cats after he was charged with drink driving for allegedly smashing his 75,000 Mercedes into a row of parked cars.

Former United boss Sir Alex Ferguson was a big fan of the Irish international, and he even dubbed him ‘the New Paul Scholes’ following a goal against Bayern Munich in 2010.

He told reporters after the Champions League match: “You saw Gibson’s performance against Bayern Munich. It is the kind of contribution we used to get from Paul Scholes.

“He used to get me 12 to 14 goals from midfield all the time and we haven’t had a player like that in a while.”

“I'm looking forward to the challenge”

Midfielder Darron Gibson on signing for Salford City after training with the club to build up his fitness.#WeAreSalford

Gibson now joins his former Red Devils team-mate at Salford, where Scholes is a co-owner.

Along with the ex-England ace, Gibson has also played with three other Salford co-owners in Gary and Phil Neville, as well as Ryan Giggs.

The Ammies sit 11th in the fourth-tier of English football, and Gibson will be hoping to make his mark in Saturday’s clash against Crawley Town.

Advertisement. Scroll to continue reading.
In this article:manchester united, sunderland