Ex-Man Utd star Chadwick dreaded being picked for ‘fierce’ Keane’s team in training, but reveals kinder side to Irishman
Advertisement 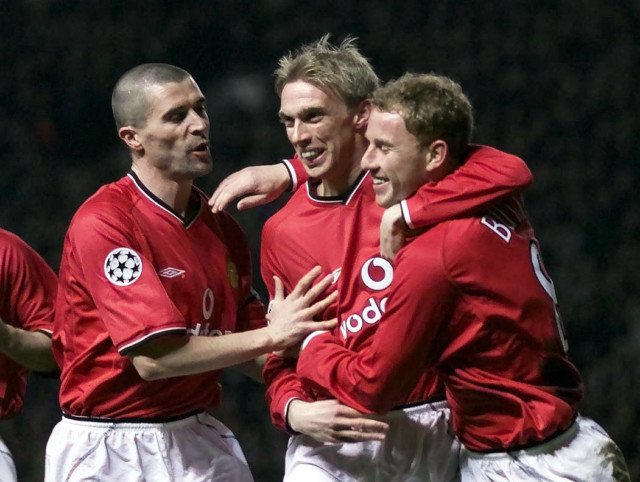 The youngster came through the ranks at the Red Devils as the legendary Irish midfielder was in the middle of an eight-year reign as Old Trafford captain.

Chadwick, 39, who is currently a coach at Cambridge United, hailed Keane for his influence at the club.

But the retired midfielder admitted the ex-Celtic star’s high-demands on the training ground meant he feared having to play alongside him.

He told United’s official website: “I remember in training for the first few days [with the first team], I was thinking: bloody hell, is this what it’s like?!

“I remember probably having a joke with Wes and a couple of the younger lads, when we went into the small-sided games, saying: ‘I hope I’m not on Keaney’s team.’ Because you knew you had to be ‘on it’ and run your socks off.

Despite Keane’s hard-man persona, Chadwick revealed the former Ireland captain had a softer side to him where he’d go out if his way to get the best out of United’s younger players.

He added: “There’d be times when I couldn’t drive, and he’d go out of his way and pick me up from my flat to go to training and games and take me home.

“He was a fierce competitor – he really drove the standards. But if you’re at an elite football club, I think that’s what you need really. But, off the pitch, he was a real help and really looked after me and a lot of the younger players.”

Chadwick, who won one Premier League title at United, joked that he was still too intimidated by Keane to engage in any conversation during their car-rides together.

“If I was in his team and we didn’t win the small-sided game, I’d be walking home!”

Did you miss our previous article…
https://www.sportingexcitement.com/football/premier-league/1pm-man-utd-news-live-bernardeschi-wants-prem-move-jadon-sancho-transfer-latest-ighalo-set-to-leave-tomorrow