Ex-Man Utd star Nani, 35, joins Serie A battlers Venezia who label him ‘one of most talented wingers of his generation’
Advertisement 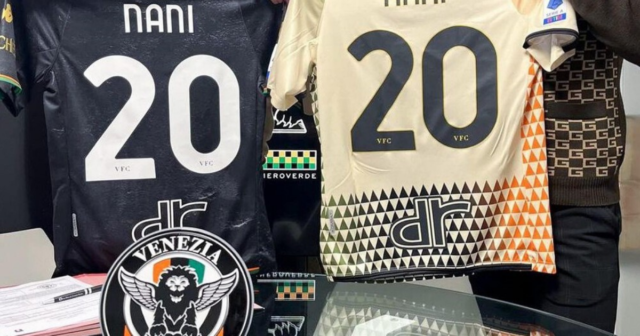 FORMER MANCHESTER UNITED star Nani has joined Serie A side Venezia on an 18-month deal.

And the Italian outfit labelled the 35-year-old ‘one of the best wingers of his generation’.

And despite his 41 goals and 73 assists in that time, the ‘best winger of a generation’ tag might be a little over the top.

Venezia are 17th in Serie A and just a point outside the relegation zone.

“One of the most talented wingers of his generation.

“He has honors including a European Championship, a Champions League, four Premier League titles, and three Portuguese Cups.

And Nani wrote in Instagram: “I am really happy to have signed for @veneziafc!

“It’s great to be part of this impressive project in such a beautiful city.

“It’s time to get to work and give 100 per cent for the team and all the fans.

Nani signed for United from Sporting Lisbon and had a short spell back with the Portuguese side before he left Old Trafford permanently for Fenerbahce in 2015.

He has since played for Valencia, Lazio and Orlando in the MLS.