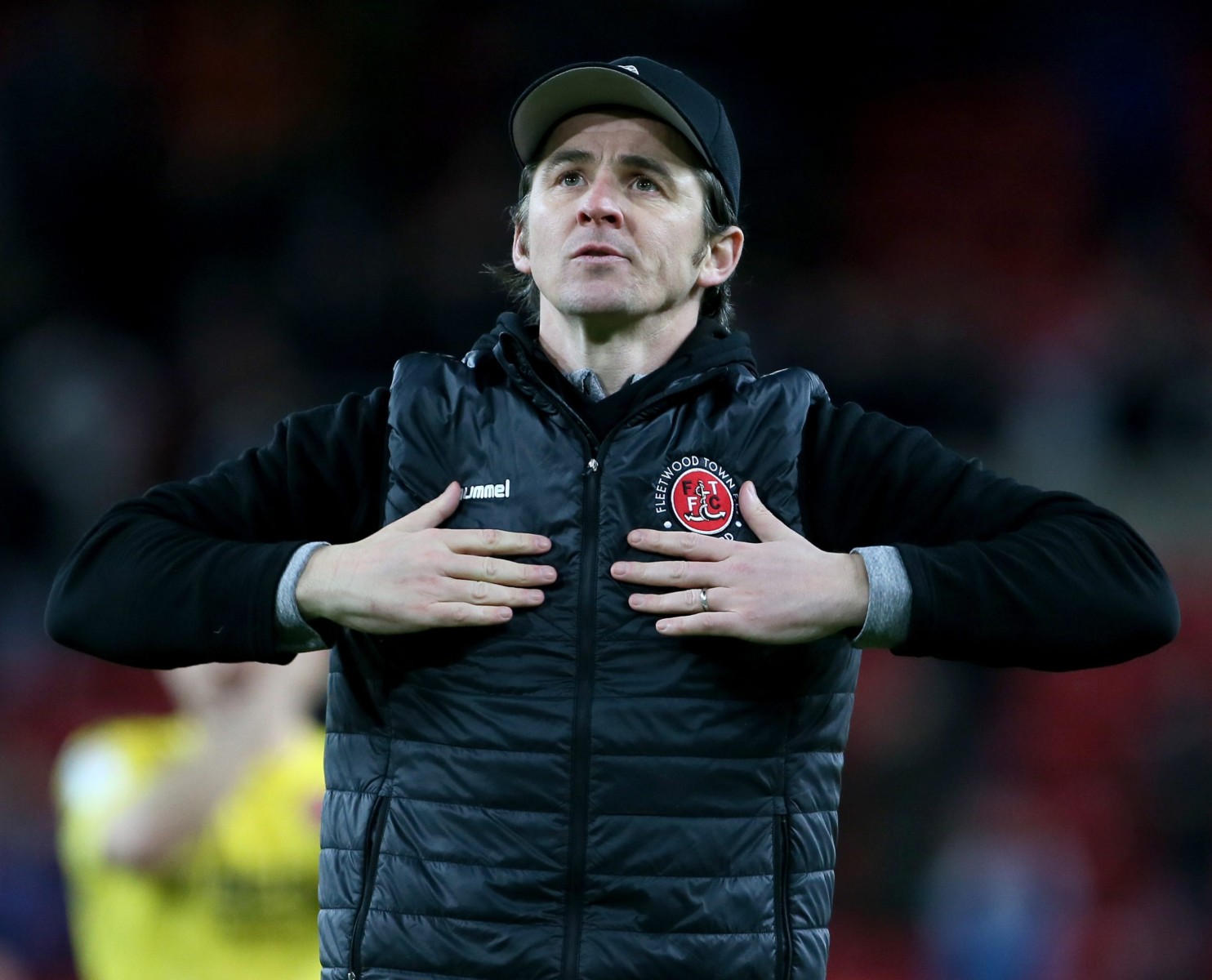 FORMER Newcastle midfielder Joey Barton poked fun at Sunderlands demise joking that he will be managing in the Premier League before they return.

Never shy to stir things up, the Fleetwood manager was in a mischievous mood after his side conceded a dramatic 97th-minute equaliser against the Black Cats.

Only six minutes were announced but his side had been time-wasting throughout the League One clash.

And Max Power made them pay with the last kick of the game with home fans rushing to goad him on the touchline.

Barton spent five years with the Magpies and needed no invitation to remind their arch-rivals – relegated from the Prem in 2017 – of how far they have fallen.

After the 1-1 draw, he said: Sunderland celebrated drawing against us in their own stadium like it was a World Cup victory.

I would like to be managing against them in the Premier League. Will that be in the near future? Maybe for me, but maybe not them.

They paid more for Will Grigg than our entire budget. If I had the same resources I would not be hoofing the ball like that for 90 minutes.

“I love coming to cauldrons of football but its so, so sad to see them at the level theyre playing.

They absolutely soaked the pitch so we couldnt play. Drenching the pitch so little Fleetwood cant outplay them…

This is Bartons first season in management, having taken over the Lancashire minnows following a 13-month ban for betting while a player.

Fleetwood have never reached the Championship and while a win would have moved them to within four points of the top, they are well-placed having won their previous five.

Reflecting on his hostile welcome from Sunderland supporters at the Stadium of Light, Barton added: I loved my time at Newcastle.

Always enjoy the warm reception I get here, when I get off the coach and they say such kind words to me. It really warms the spirit.

I appreciated all the fans coming over at the end to congratulate me, it was fantastic.

“Were doing a great job with Fleetwood, and it was nice for the Sunderland fans to appreciate that!

I’m a mad Newcastle supporter and loved my time on Tyneside, but I loved coming here in the derbies. They were great occasions – mainly because most of the time we won.

But on the whole they were great occasions because they’re proper football fans. I know I have my banter with the Mackems, but I’m a football fan at heart.

“I was a mad Evertonian as a kid, and I’m as passionate about football as the Sunderland fans are.

I saw the documentary, which I thought was embarrassing on the football club.

“I thought it was more about Martin Bain than about Sunderland, which is sad because this is an incredible institution of football.

“I’m made up to come here 18 months into management and test myself.

“I’m four games unbeaten now against Sunderland and I’m delighted for that, but they shouldn’t be in this division.