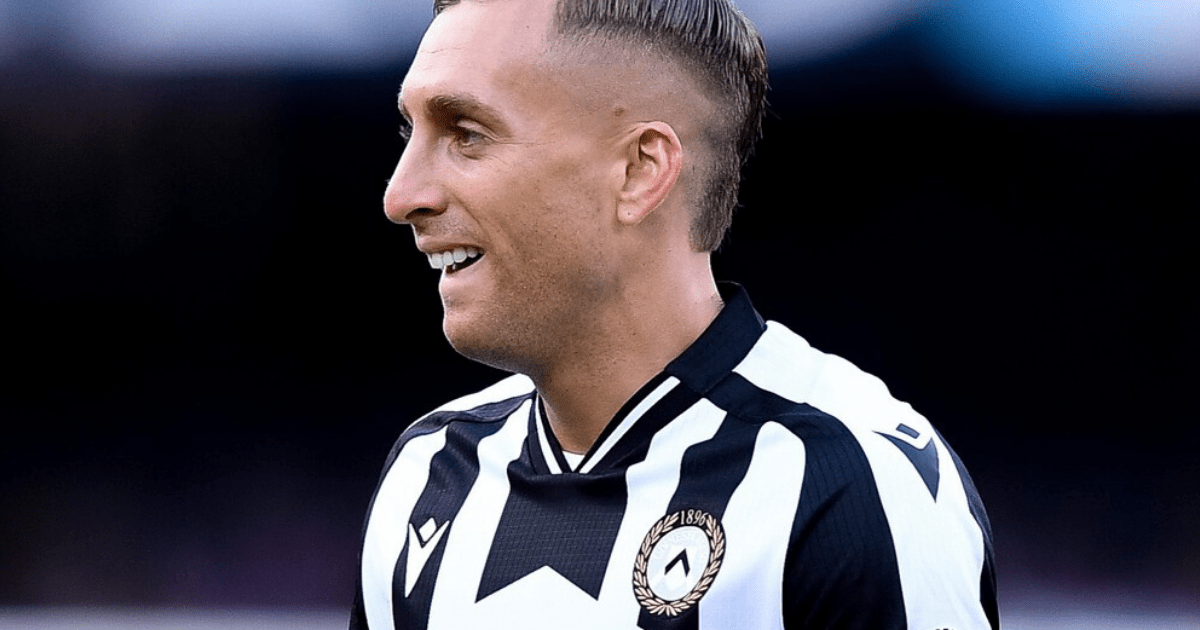 A FORMER Premier League ace looked unrecognisable as he starred in a bizarre photo shoot.

And one fan even joked he looked as though his mum had forgotten to pick it up from school.

Love this photoshoot of Gerard Deulofeu looking like his mum didn’t come to pick him up from school pic.twitter.com/fDPR13zq1a

The attacker, 28, is still playing top-level football in Italy’s Serie A.

But he took a break from his boots and shin pads to get kitted out in some statement fashion pieces.

That included an overside blazer, chunky tie and wacky jester-like colourful trousers, a cut-open long-sleeve polo jumper and a tightly-wrapped coat – as well as a pair of Dolce & Gabbana pants to reveal his shredded six-pack.

The interesting snaps certainly caught the eye on social media.

One fan wrote: “Love this photoshoot looking like his mum didn’t come to pick him up from school.”

Another said: “This is all I could get from lost property after I had an ‘accident’.”

A third added: “Or that he’s auditioning for a contemporary dance school.”

A fourth quipped: “They don’t fit your brother any more. They look great! You’ll grow into them in no time.”

And a final user commented: “Actually thought these were FIFA 23 images. They can’t be real.”

The pictures appear to have been taken inside the Stadio Friuli, the home Udinese, the player-turn-model’s current home ground.

He joined Udinese initially on loan in 2020 but made the switch permanent the following year.

The four-cap Spain international forward came through at Barcelona but shone in England with Everton and Watford.

The mystery footballer is of course Gerard Deulofeu.

He has impressed since returning to Italy with Udinese, scoring 18 goals in 67 appearances.

But now seemingly enjoying the best spell of his career and linked with a transfer return to the Premier League with Aston Villa, Deulofeu seemingly now has a broader perspective on football and life.

He said: “Football? Many would tell you everything, for me it is not.

“Before it was everything, now it is an important part of my life, over the years I have managed to differentiate.”

Gerard Deulofeu is enjoying his football at Udinese after leaving Watford

Advertisement. Scroll to continue reading.
In this article:forgot, photoshoot, pick