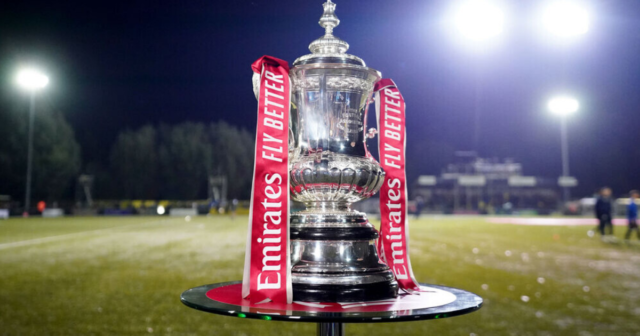 CHELSEA and Manchester City will both travel to Championship opposition in the FA Cup fifth round.

Two-time competition winner Andy Cole was on duty at Wembley to pull the balls out and pick the eight ties.

The fourth round produced some epic giantkillings and thrilling moments.

And the fifth has the potential for several more upsets after all of the big boys avoided each other.

The Blues’ last trip to Luton came in 31 years ago as they suffered a 2-0 defeat in the old Division One – but they beat the Hatters 3-1 win at Stamford Bridge in last year’s FA Cup.

And Middlesbrough, who dumped Manchester United out on penalties, will welcome Antonio Conte’s Tottenham to The Riverside.

Liverpool have a home tie with Norwich if they get past Cardiff City this afternoon while there is an all-Prem tie between Southampton and West Ham.

And Frank Lampard’s Everton will welcome the winners of tonight’s clash between Bournemouth and Boreham Wood to Goodison Park.

Fifth round ties will be played in midweek, with the round starting on Tuesday 1 March.

The eight teams that qualify for the quarter-finals will pocket £180,000 in prize money.