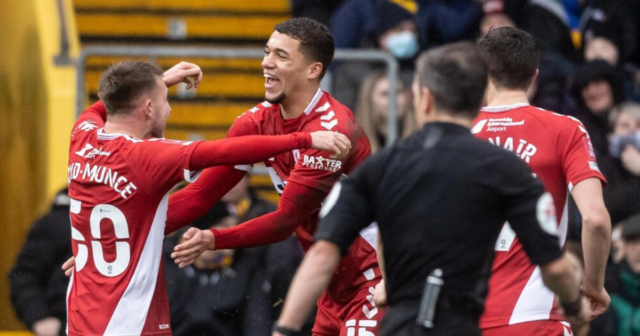 THE FA Cup third-round is well and truly underway with 21 matches on an action-packed Saturday.

Manchester City got the ball rolling with a 4-1 win over Swindon on Friday night.

And with a further nine third-round ties on Sunday and one on Monday evening, there’s plenty more to come.

But with 21 games to sink your teeth into on Saturday, catch up on all the scores in our round up, including some non-league giant-killings…

BORO survived an almighty scare to scrape past League Two Mansfield thanks to a 95th-minute own goal.

The visitors stormed to an early lead thanks to goals from Uche Ikpeazu and Caolan Boyd-Munce within 14 minutes.

But Mansfield mounted a second-half comeback, as Oliver Hawkins pulled one back with just over 20 minutes to play before Rhys Oates scored with five minutes left of the 90 to seemingly force extra-time.

However, John-Joe O’Toole deflected a teasing cross into his goal in the 95th minute to send Middlesbrough into the fourth round.

THE Cottagers needed extra-time to snatch a spot in the FA Cup fourth round.

Fulham – flying high in the Championship – failed to break the deadlock within 90 minutes.

And with replays scrapped for the third and fourth round ties due to Covid, the West Londoners booked their place in the next round thanks to a 105th-minute winner from Harry Wilson. 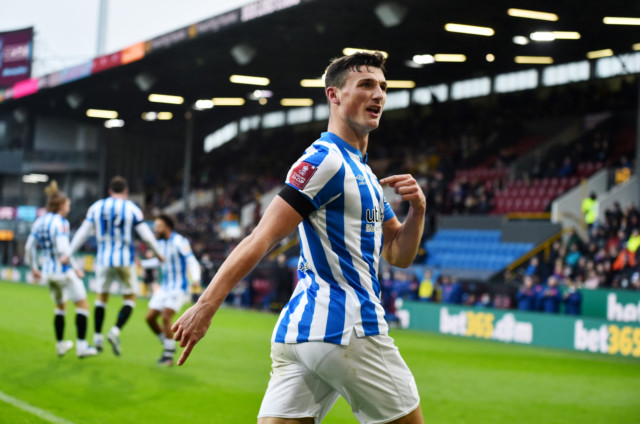 The Championship high-flyers went a goal down after Jay Rodriguez netted for the Clarets within the opening half an hour.

Josh Koroma levelled for the Terriers with 15 minutes to play, before Matty Pearson scored the winner in the dying moments to send Huddersfield into the fourth round. 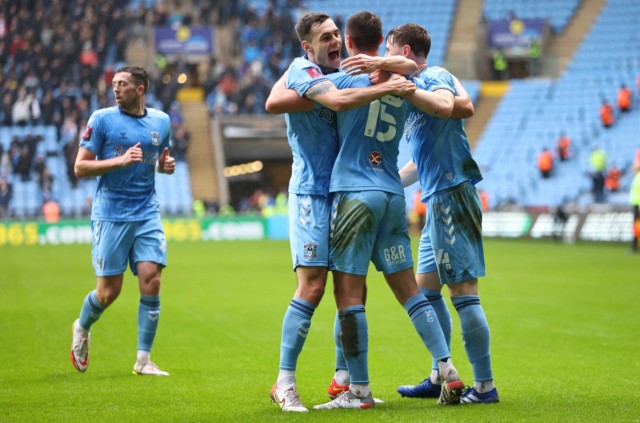 COVENTRY came out on top in the all-Championship third-round tie in the Midlands.

Dominic Hyam scored late in the first-half, with the Sky Blues clinging on to ensure their cup run stays alive. 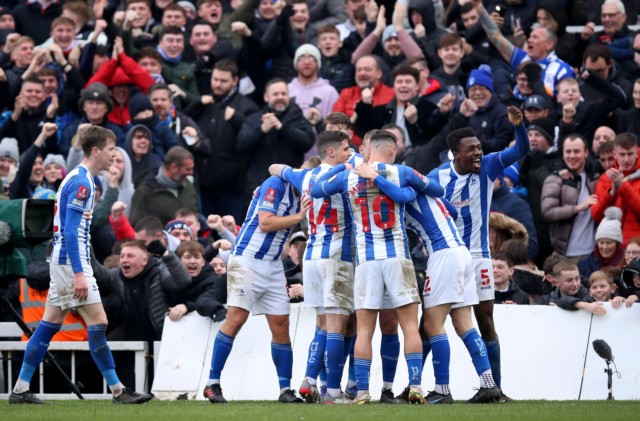 LEAGUE TWO Hartlepool stunned Championship side Blackpool to book their spot in the FA Cup fourth round.

Keshi Anderson had given the visitors an eighth-minute lead as they took control of the tie early.

But David Ferguson and Joe Grey scored early in the second-half to KO the Tangerines. 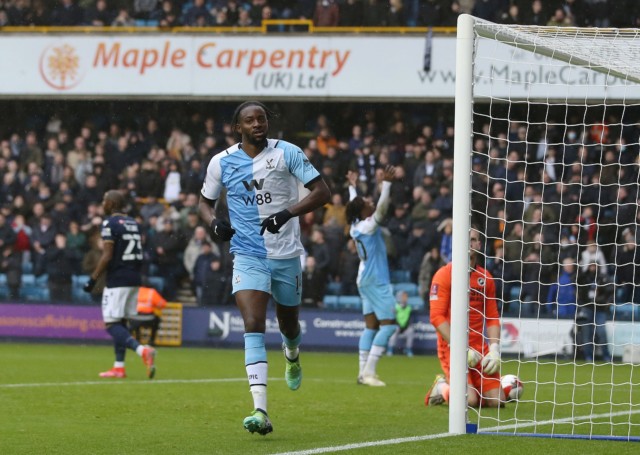 THE Eagles were indebted to a second-half comeback to finally overcome Championship side Millwall to reach the FA Cup fourth round.

Benik Afobe had given the hosts the lead after just 17 minutes.

But Michael Olise scored seconds into the second half before Jean-Philippe Mateta grabbed the winner shortly before the hour mark. 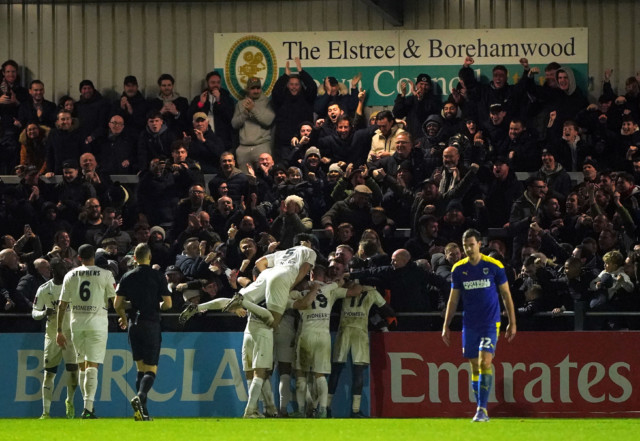 NON-LEGAUE Boreham Wood got in on the act during a day of giant-killings by dumping out League One Wimbledon.

And there was to be no coming back for the Dons as Adrian Clifton doubled Boreham Wood’s lead with four minutes to play to book their place in the fourth round of the cup. 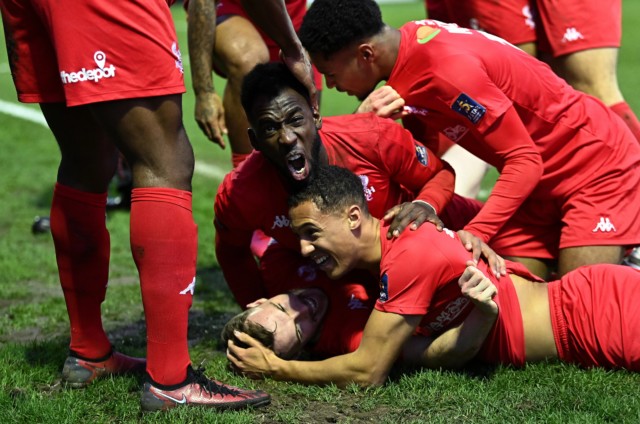 SIXTH-TIER Kidderminster dumped Championship Reading out of the FA Cup with a stunning comeback win.

George Puscas had given the Royals the lead on the stroke of half-time. 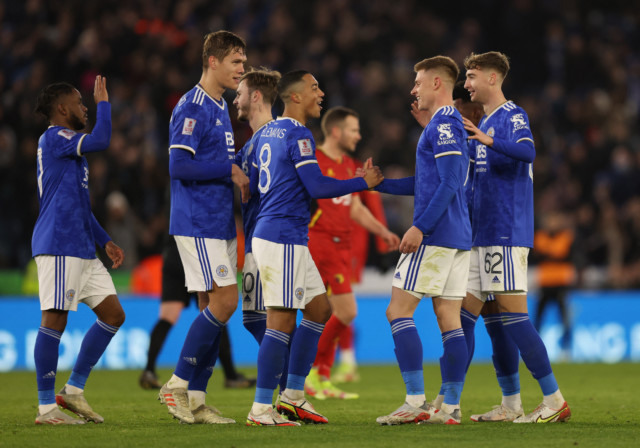 THE Foxes piled yet more misery on relegation-threatened Watford by knocking them out of the cup.

Youri Tielemans’ seventh-minute penalty gave Leicester the lead before James Maddison made it 2-0 after just 25 minutes.

Joao Pedro pulled one back within minutes, but Harvey Barnes ensured there’d be no comeback by scoring his side’s third shortly after the break.

Marc Albrighton grabbed the Foxes’ fourth with minutes left on the clock to rub salt in the gaping Watford wounds. 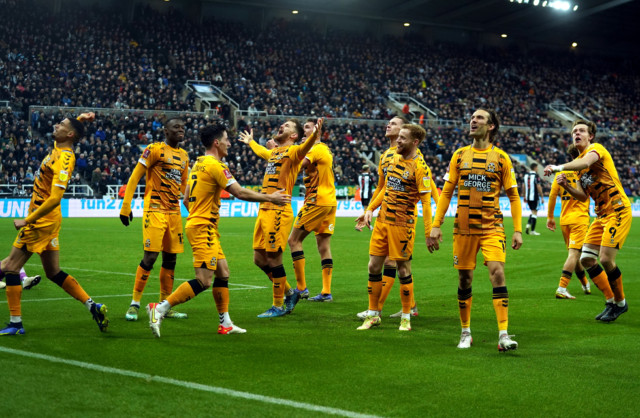 MEGA-RICH Newcastle were dumped out of the FA Cup by League One strugglers Cambridge United.

Toon new-boy Kieran Trippier started just days after arriving back in England as a full-strength XI were left shellshocked. 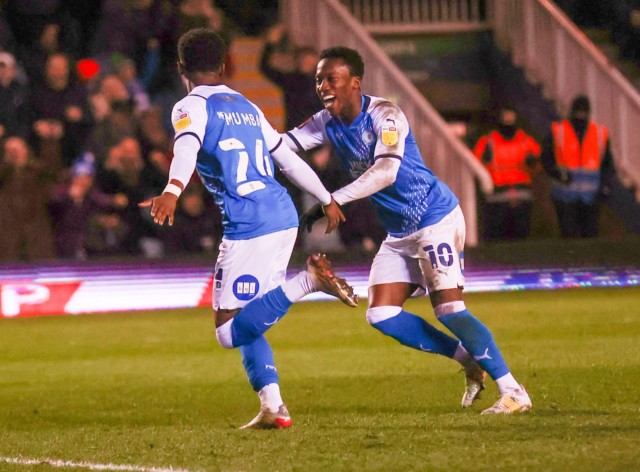 FOURTH-TIER Rovers put up an impressive fight but were eventually dumped out of the FA Cup by Championship side Posh.

Peterborough took the lead through Sammie Szmodics after just 20 minutes, before Paul Coutts levelled from the spot on the half-hour mark.

But Norwich loanee Bali Mumba ensured the second-tier side kept their cup run alive as a welcome distraction from their relegation battle in the league. 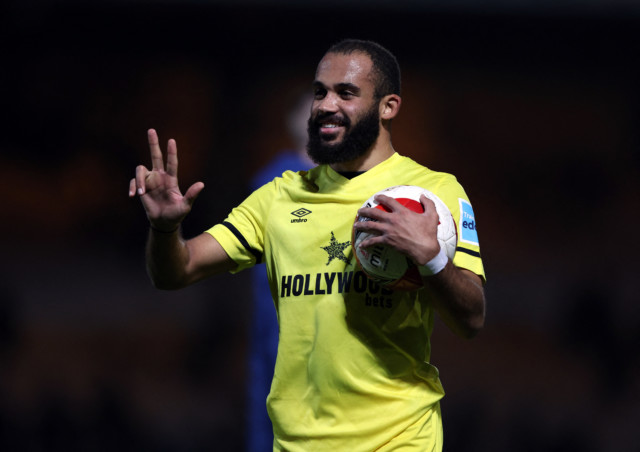 LEAGUE TWO Port Vale put up a valiant fight against Premier League side Brentford but missed out on a spot in the FA Cup fourth round.

The Bees took the lead through Marcus Forss after just 26 minutes, before Bryan Mbeumo made it midway through the second half just as the hosts were gaining momentum.

Kian Harrett scored just four minutes later to set up a tense finale – only for Mbeumo to grab his second a further six minutes on to kill off the game, before slotting home an 87th-minute penalty to secure his hat-trick. 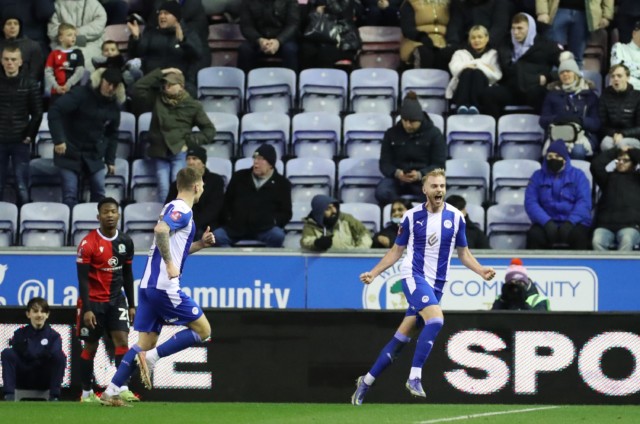 LEAGUE ONE Wigan won a breathless encounter over Championship Rovers thanks to a last-gasp winner.

Blackburn took the lead early in the second half through Reda Khadra, only for Max Power and Jack Whatmough to fire the Latics in front with just 15 minutes to play.

Daniel Ayala snatched what appeared to be a late equaliser with the game heading for extra-time, only for Thelo Aasgaard to grab a 94th-minute winner and fire Wigan into the FA Cup fourth round.