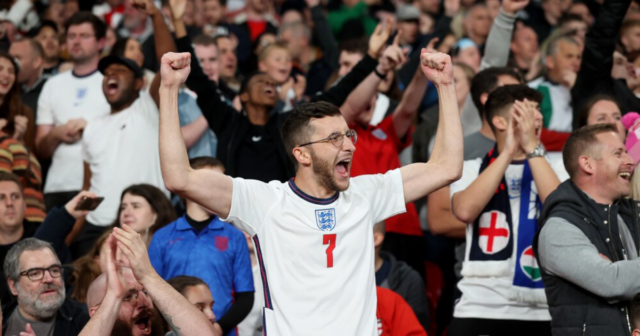 THE FA can have few complaints over Uefa’s one-match stadium ban due to the behaviour of fans in the Euro 2020 final against Italy and the total lack of security.

But the FA are lucky no action was taken over the thousands who barged into the semi against Denmark and the Germany game.

It seems the relationship between Wembley security and the Met Police could be better.

﻿FANCY buying into a football club?

You can now use cryptocurrency to part-own an organisation which is looking to buy a team at National League level in England — or maybe in France or Spain.

Former Norwich and Canadian international striker Simeon Jackson, 34, is involved in the project.

If you know all about NFTs and blockchain, go to www.kings.limited.

SOME homegrown players in the Premier League struggle with speaking English.

But it is fair to say Romelu Lukaku is in a league of his own when it comes to languages.

Uefa have a list of languages that each player speaks to help the media in terms of interviews.

Yet his Chelsea team-mate’s is off the scale.

﻿BEN WHITE gave an interview to Sky Sports in which he spoke about his full name Benjamin.

But this was not an Andy Cole moment when the former Manchester United striker insisted that he wanted to be called Andrew.

Arsenal centre-back White, 24, really is not bothered whether he is called Ben or Benjamin.

His club certainly cannot make up their mind, as he was Benjamin on the official team sheet before Monday night’s 2-2 draw with Crystal Palace and Ben in the matchday programme.

Another Ben, Chelsea’s Chilwell, was down as Benjamin on the Uefa languages handout.

Meanwhile, Arsenal’s boardroom was a magnet for celebrity fans after the match.

Keir Starmer, Boris Becker and Piers Morgan were there, along with former Arsenal players such as Liam Brady and Jack Wilshere.

﻿THE Premier League is still blocking managers from giving face-to-face press conferences before and after games.

But the mood is different at Uefa, who are encouraging clubs to return to normal.

Of the 32 official Champions League pre-match press conferences this week, 22 were done in person with ten via Zoom.

TV pitchside interviews after league games are continuing despite fans often refusing to leave  and shouting at players and managers.

One option was to move them into the centre circle but that idea has been torpedoed.