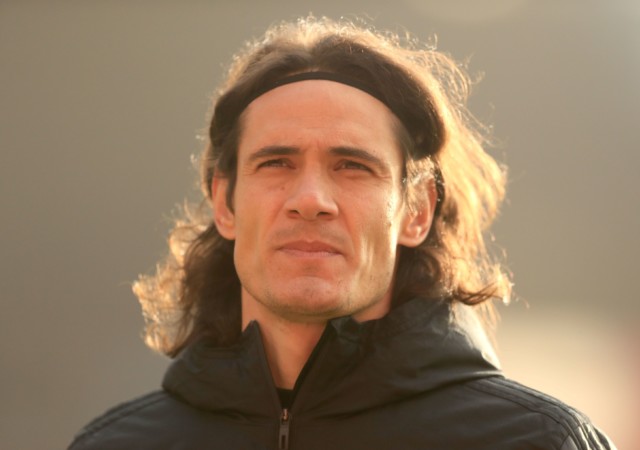 EDINSON CAVANI was NOT racist when he wrote the ‘negrito’ comment that earned him a three-match ban.

But FA disciplinary beaks agreed they had no option other than to impose the minimum sanction available to them – and suggested Manchester United should have warned Cavani about unacceptable language.

South American football chiefs have rushed to Cavani’s defence after the Uruguay striker was banned last week, demanding the FA rescind his three-match ban and £100,000 fine.

The charge came after Cavani’s response to an Instagram congratulatory message from a friend, Pablo Fernandez, after his match-winning contribution off the bench at Southampton on November 29.

While Cavani and Manchester United said they accepted the ban, the Old Trafford outfit insisted they expected the FA to state the striker’s comments carried no racist intent.

And in the full written reasons for the commission decision, published by Wembley chiefs, it emerged that the FA made clear it was NEVER their case to question Cavani’s intent.

However, the three-man commission, which included former Aston Villa and Bolton midfielder turned lawyer Gareth Farrelly, did suggest United should have explained the regulations that were brought in by English football in August.

And United’s decision to initially deny a charge which they later accepted was implicitly criticised.

It was the new guidelines, agreed by all clubs and the PFA, which gave the commission no option once Cavani had admitted the offence.

In the reasons, the commission said: “On December 3, Manchester United asserted the circumstances were such that disciplinary action was not warranted, and that the Player’s conduct did not amount to a breach of FA Rules.

“However, upon being charged the Player admitted the allegation and expressed his wish that these proceedings be determined without the necessity of a personal hearing.”

A Latin American expert witness, called by the FA, confirmed: “Someone familiar with South American culture and language could also have understood that in the context of friends it was not used with the intention to be racist, insulting or offensive.”

The commission added: “We were satisfied that the Player wrote his reply in affectionate appreciation of a message from his Uruguayan friend.

“It was no part of the case presented by the FA that the Player deliberately acted with racist or offensive intent. That was an approach and understanding with which the Commission agreed.

“When translated in a foreseeable way, the FA submitted that a follower of English Premier League football would have understandably concluded that the words used were racially offensive.

“The player submitted that he was simply spontaneously responding affectionately to a good friend by his nickname.

“At the time the message was posted the Player had no idea that the term used could be construed as offensive in this country.

““Negrito” was not used in reference to his friend’s colour, but simply because that was the nickname Mr Fernandez had been known by since childhood.

“So it was that the Player deleted the post and apologised as soon as he became aware of the potentially offensive connotations of that which he had innocently said.”

Cavani admitted to what was a strict liability offence, although, the commission added: “The player could not reasonably have known that any such offence would be caused.

“He had only been in this country for some two months, did not speak English and had not previously lived in an English-speaking country.

“It would not be proper to infer he had been sufficiently exposed to the language and culture of this country so as to allow him to have understood that words that were affectionate and unoffensive in his native language, were unquestionably offensive in this country.

“He had also received no media training upon his arrival in England to enable him to be better placed to understand the cultural differences that might give rise to issues with a foreign player posting information on a social media platform.

“In light of the Player’s high profile in the game, his inability to speak English and the fact that he had approaching 8 million Instagram followers, the Commission were surprised that no such ‘training’ had been specifically put in place for the Player by his club.”