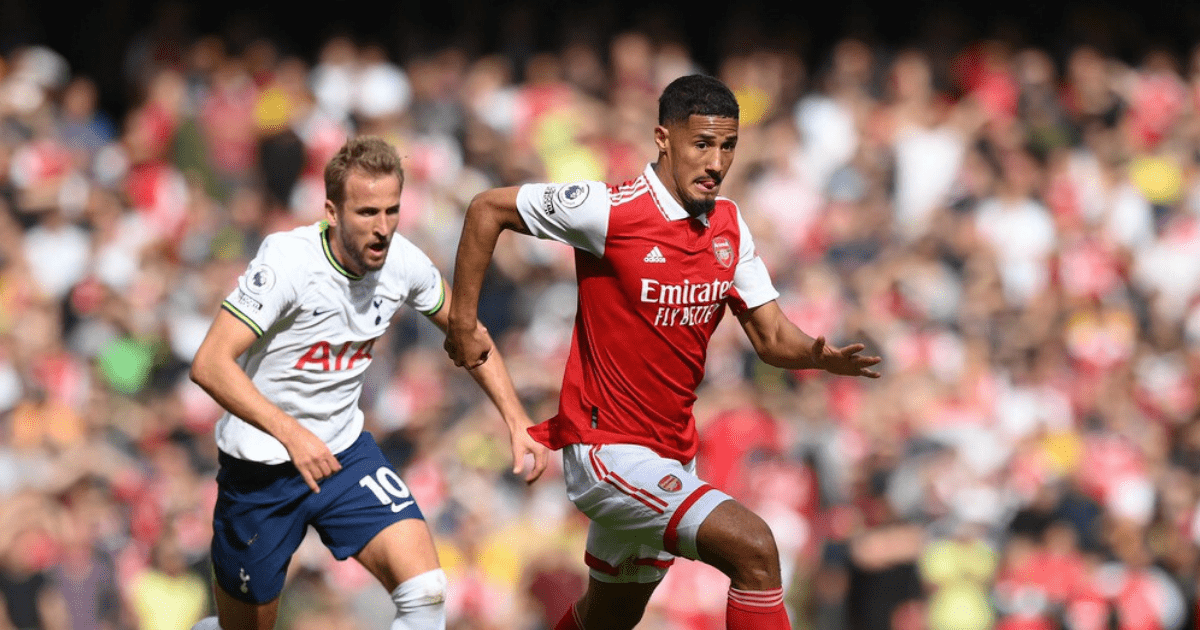 CESC FABREGAS has claimed William Saliba can be Arsenal’s centre-back for “15 to 20 years”.

The 21-year-old was superb yet again as the Gunners beat bitter rivals Tottenham 3-1 at the Emirates this afternoon. 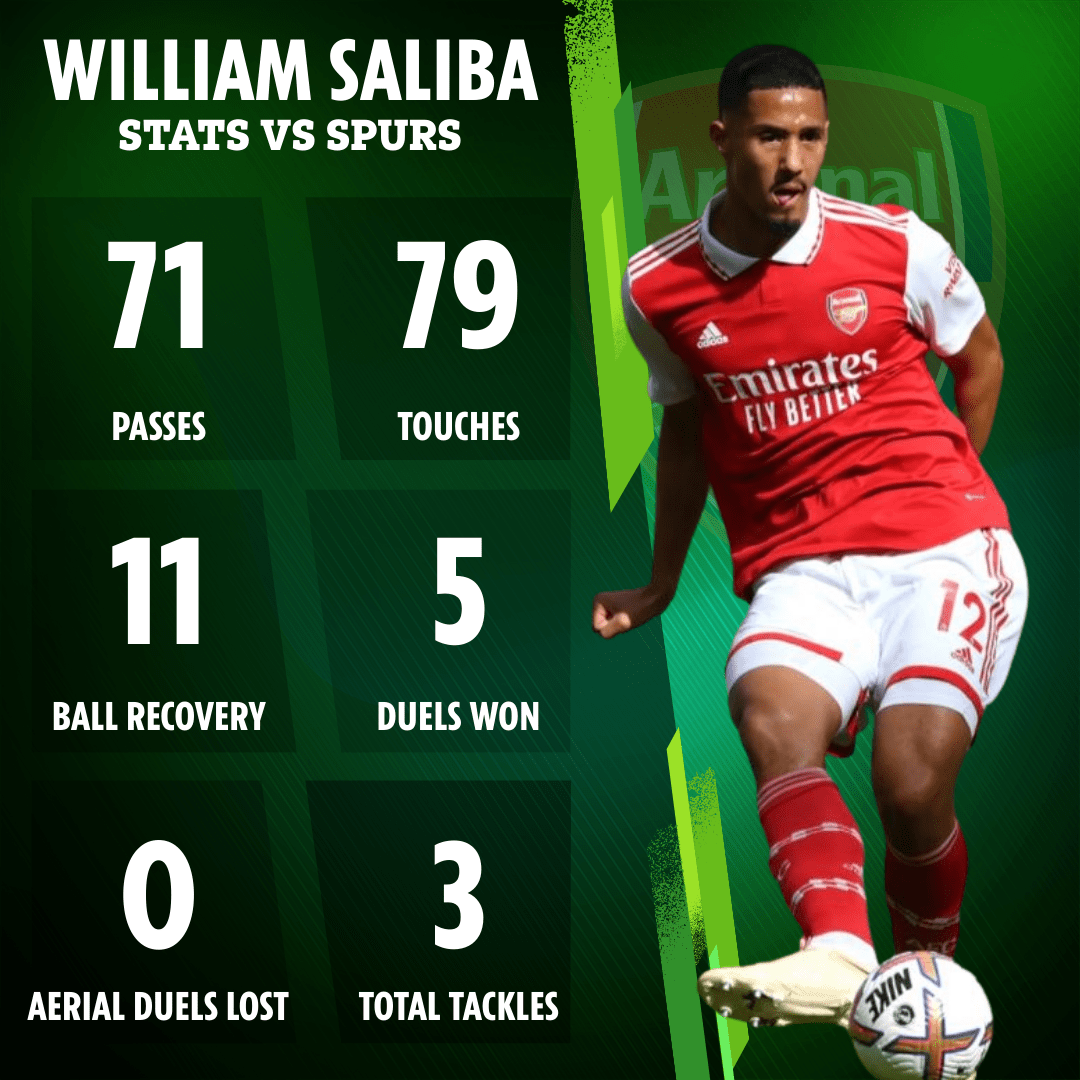 And club legend Fabregas reckons Saliba can be a stalwart for the Gunners until he’s into his FORTIES.

He told BT Sport: “That was a fantastic complete performance.

“I’d like to mention the special name, the fact he was so good he made it look easy is William Saliba.

“I’m sorry but this boy was in France on loan and I was watching him very closely because an ex-Arsenal scout asked me three years ago when we were playing St Etienne in a cup match.

“I was rested so I was in the stand, he said ‘watch this boy, I want to sign him’.

“He was 18, 19 and he was the best player on the pitch so that shows you the potential of this guy, he looks so easy, he could be Arsenal’s centre-back for the next 15 to 20 years.”

Saliba’s stats back up Fabregas’ praise.

As well as not being dribbled past in the Premier League this season, the 71 times Saliba has won possession is more than any other player in the Prem.

The Gunners splashed out £27million when Saliba was just 19-years-old to bring him to North London.

He hadn’t played a competitive game for Arsenal before this season, but that investment is already starting to look like a shrewd one.

Did you miss our previous article…
https://www.sportingexcitement.com/football/premier-league/conor-gallagher-is-chelseas-hero-scoring-off-the-bench-as-wesley-fofana-struggles-to-find-his-feet-at-the-back/