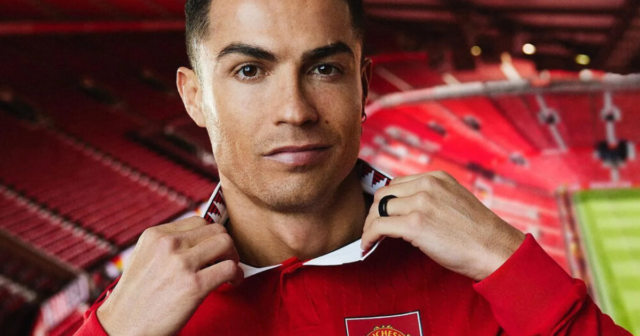 MANCHESTER UNITED have released their 2022-2023 home kit – with Cristiano Ronaldo as one of the models.

The Red Devils decided to use pictures of Ronaldo wearing the new shirt despite the 37-year-old wanting to leave the club. 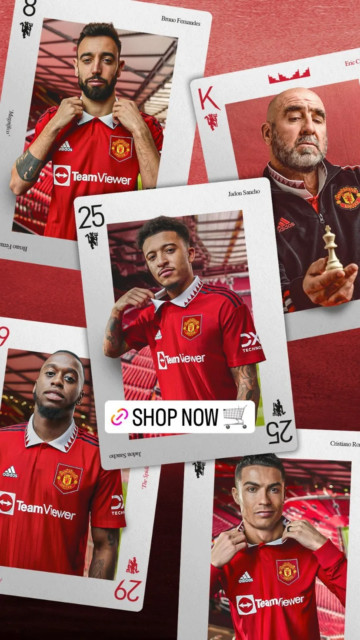 United’s home kit for next season features a polo collar with a stylish white, red and black pattern.

But having Ronaldo as one of the faces for the kit launch has raised a few eyebrows.

Especially after SunSport exclusively revealed the Red Devils have accepted they will lose him this summer.

In a dig at the Glazers, Red Devils fans have been left angry by the fact the club are selling Ronaldo shirts despite his intention to leave.

Well known United fan Mark Goldbridge wrote on Twitter: “Bang out of order to get people to buy Ronaldo shirts when no one knows if he’s staying. Always about money with the Glazers. Another bad bad call.”

Another fan account wrote: “The Glazers will have you spend your money on a CR7 shirt just for him to leave.”

A third said: “So the Glazers know Ronaldo is leaving Manchester United but still posted the promotional material to sell the kits.”

Meanwhile one fumed: “Funding the Glazers who only care about your money. Using Ronaldo for their commercial gains.”

Red Devils fans protested throughout last season about the way the Glazers were running the club.

And angry supporters promised “bigger, better and louder” protests last month to try and force the owners out.

United have returned to a collared design on their home kit for the first time since 2015 in their latest collaboration with adidas.

The club website say the collar is a nod to the likes of Eric Cantona and Dwight Yorke – who both famously wore their collars turned up.

But what is still unclear is whether Ronaldo will wear the shirt next season.

The Portuguese superstar is not flying to Thailand today with the rest of the squad after missing this week’s return to training.

Ronaldo was due back on Monday following his summer break but is yet to link up with new boss Erik ten Hag due to family reasons.

Reports on Thursday morning claimed Chelsea are lining up a £14million bid for the wantaway forward. 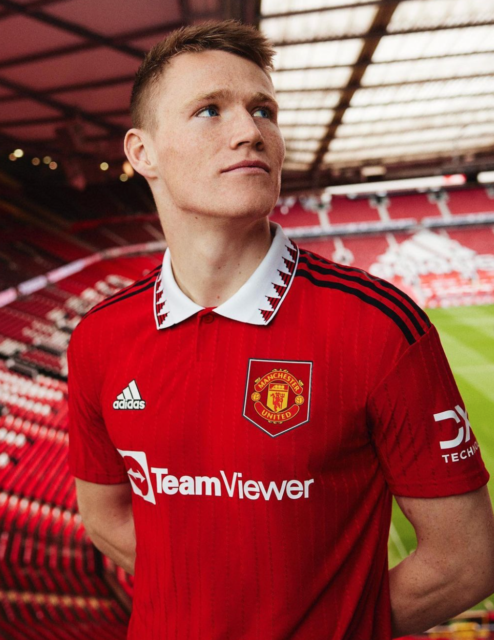 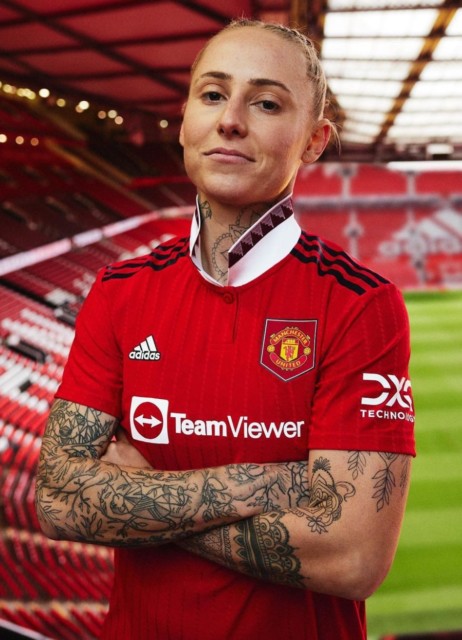