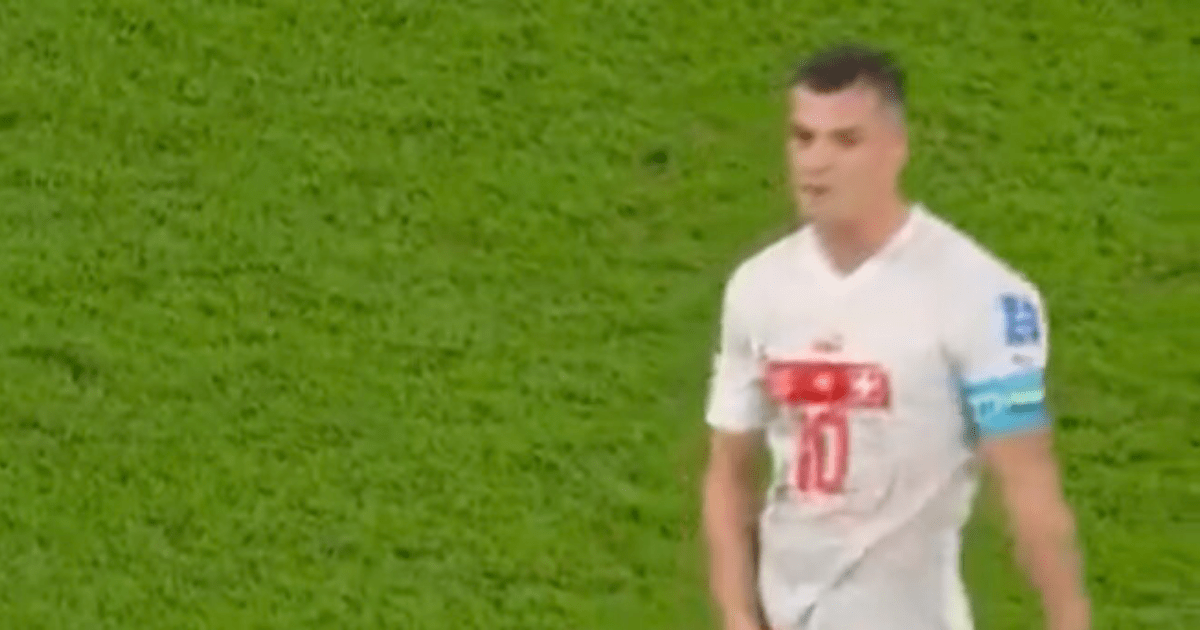 GRANIT XHAKA has been labelled a “mentality monster” after getting under the skin of the ENTIRE Serbia bench.

Xhaka was in action as Switzerland beat Serbia 3-2 to secure a place in the World Cup last 16, and caused a bust-up after making a gesture towards the Serbia bench.

Granit Xhaka enraged the Serbian bench by grabbing his privates

It sparked a pitch invasion from the Serbia bench 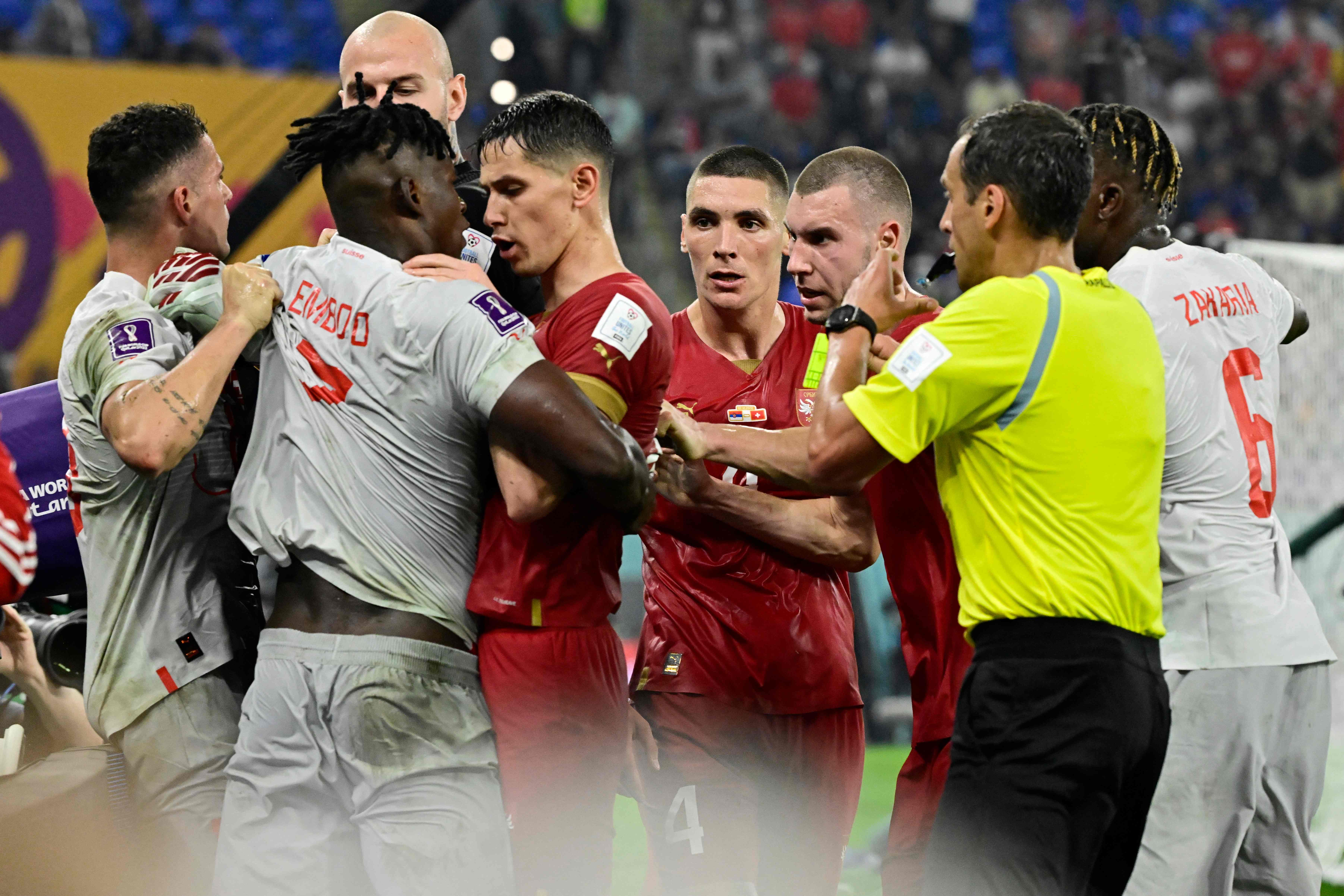 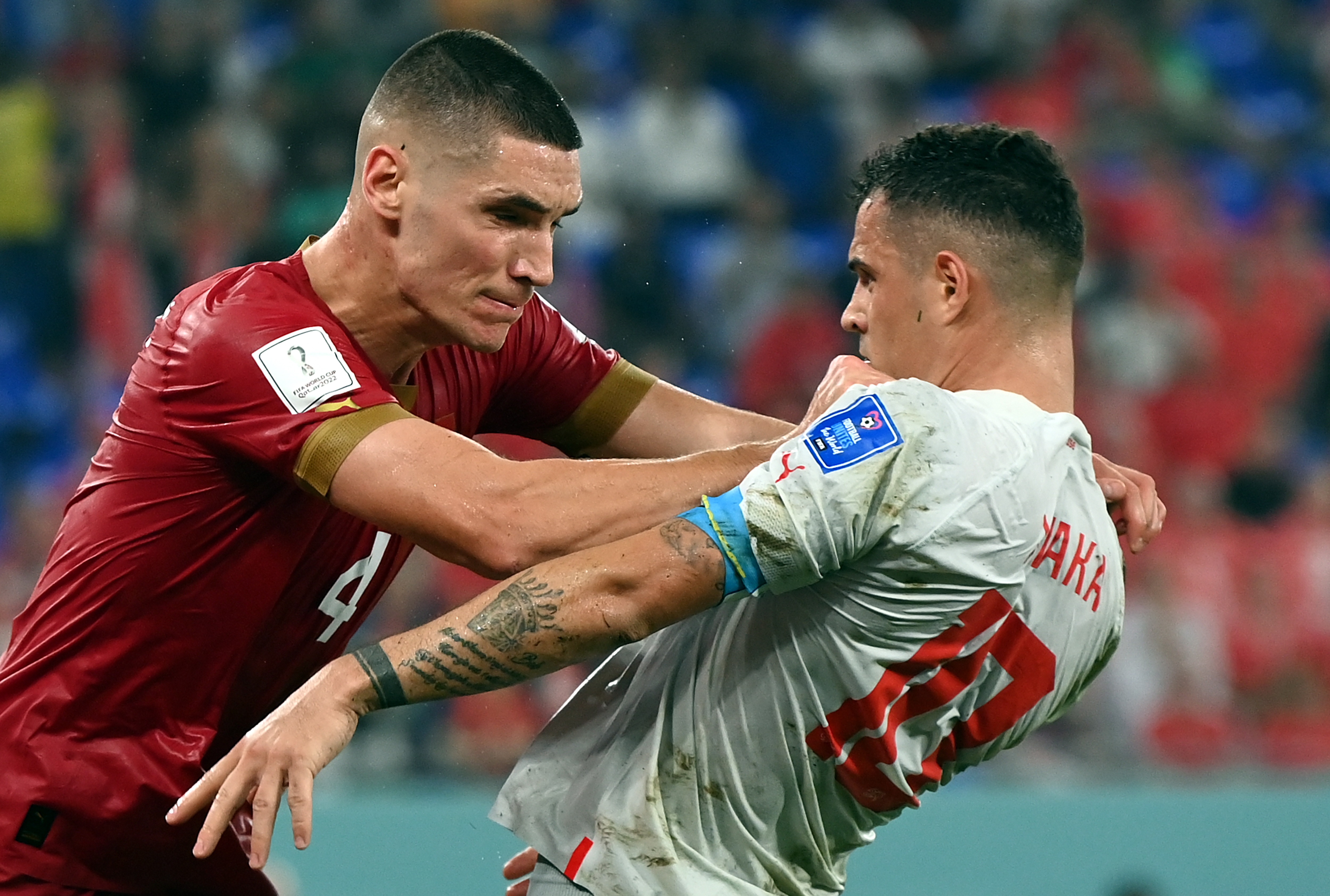 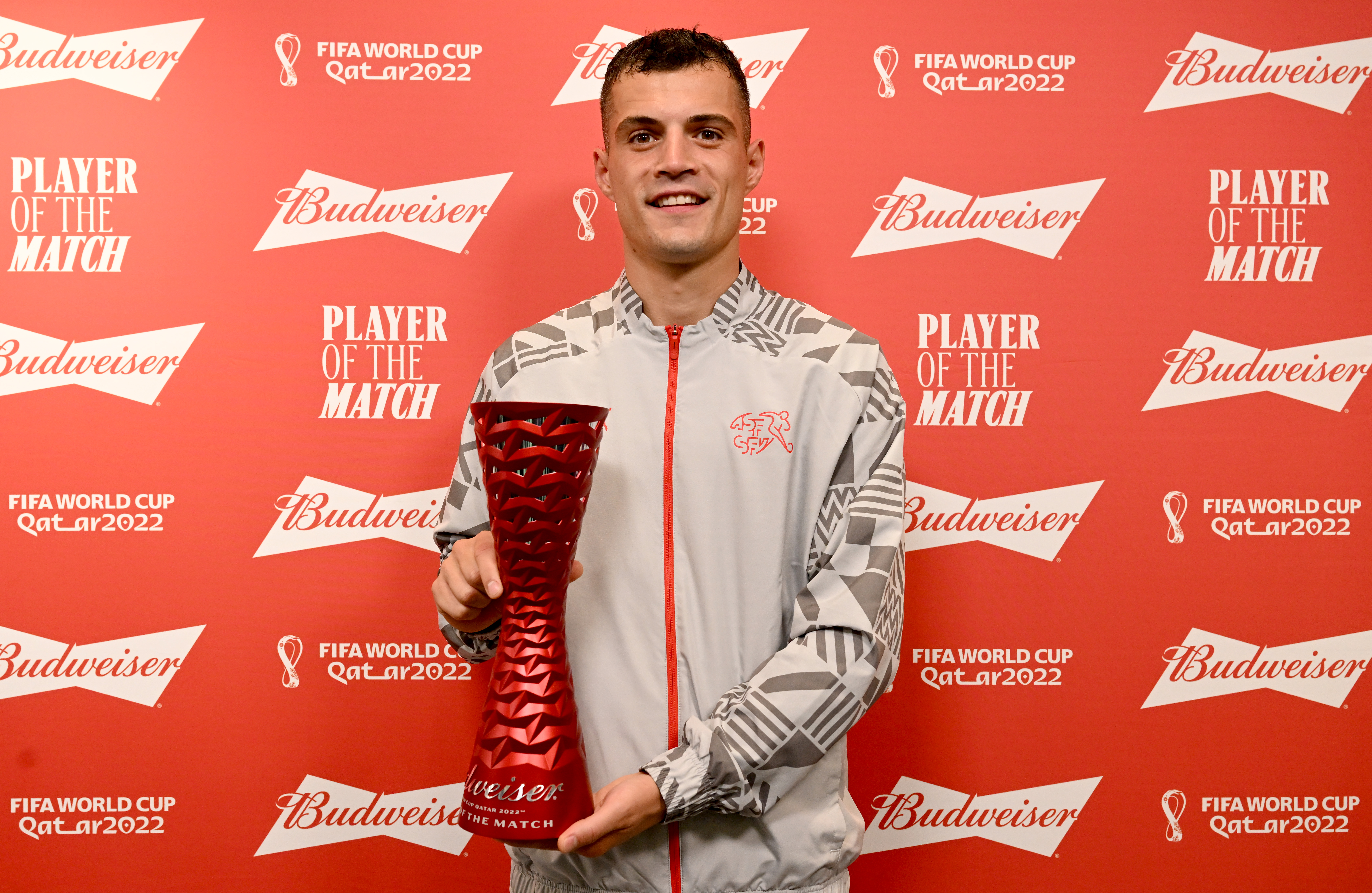 Xhaka won the Man of the Match award

With Switzerland leading 3-2 during the second half, the Arsenal star then gestured towards the bench by grabbing his NUTS.

It came after Dusan Vlahovic scored in the first half and celebrated by grabbing his nuts to hit back at claims he had an affair with a team-mate’s wife.

Serbia’s camp did not take it well, and stormed on to the pitch.

The game ended with an astonishing 11 yellow cards from both sides, with Serbia picking up five in total after Xhaka’s gesture.

He was then involved AGAIN as he picked up a yellow for a bust-up with Nikola Milenkovic towards the end of the game.

But fans online praised Xhaka’s ability to wind up his opponents.

One user said: “Mentality monster who’s mastered the dark arts without losing his head… he’s unlocked yet another level.”

Xhaka had them rattled.”

A third declared: “If Xhaka wasn’t a footballer…..he would have been a leader of a Mafia gang.”

A fourth said: “Xhaka you’re a menace. And I love it lol.”

After the game Xhaka told reporters: “You can hear from my voice that I am a bit hoarse but there were a lot of emotions involved tonight.

“But in general it was fair enough because we wanted to win this game and we are very proud to be in the round of 16.”

Serbia and Switzerland have some bad blood between them regarding the ethnic heritage of some of Swiss players.

Xhaka and Xherdan Shaqiri have previously celebrated using the Albanian Eagle – the nationalist symbol of their ethnic heritage.

Shaqiri was born in Kosovo (a former Serbian province which declared independence in 2008).

Serbia does not recognise Kosovo’s independence and relations remain tense with many families choosing to move to other European counties including Switzerland.

Xhaka celebrated at the end of the match wearing the shirt of young Swiss sub Ardon Jashiri, who just happens to share a surname with the famous Kosovan freedom fighter Adem Jashiri, who was killed by the Serbs.

But Xhaka insisted: “There was nothing political at all. I was just showing my happiness for my young team-mate.”

Advertisement. Scroll to continue reading.
In this article:fanscall, granitxhaka, worldcup