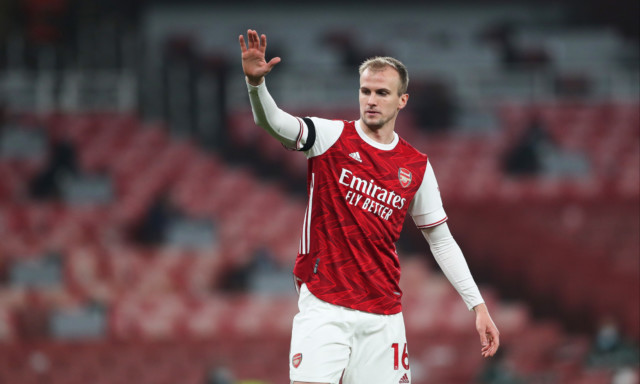 Wolves winger Traore had bought a free-kick during the 2-1 win over the Gunners at the Emirates.

And the cheap foul left the defender absolutely seeting.

Without fans at the ground, pitchside microphones managed to pick up Holding’s rant at referee Michael Oliver.

The defender then threw the ball in the direction of Traore and for his troubles wound up getting booked by referee Oliver.

It was a bad night for the Gunners with the defeat confirming their start to the season as the worst in the Premier League era.

Mikel Arteta’s side now have just 13 points from their opening ten games – while scoring just ten goals – and have lost their last three at the Emirates.

But fans were loving Holding’s reaction.

One wrote: “Iconic s***housery from Holding.”

Another said the incident was “easily the highlight of the match”, while another said Holding “lost the battle but won the war.”

And many echoed Noah Rowell, who wrote: “Hearing Holding is easily the best thing to come out of the lack of fans in stadiums.”

Despite another defear, Arteta has no fear over being sacked.

The Spaniard said: “The day I decided to be a coach, I know that one day I will be sacked, or I will leave the football club.

“I don’t know if that was the day after I signed my contract, in a month’s time in a year’s time or six months – so I never worry about it.

“My only concern is to get the best out of the players, get the best possible service to the club and become better and better.

“I know, I repeat to you, in this profession one day, I will get the sack or I will leave, but I don’t know when that’s gonna happen.

“We have to improve, it is clear it is not near good enough for this football club, and we have to change this dramatically.”