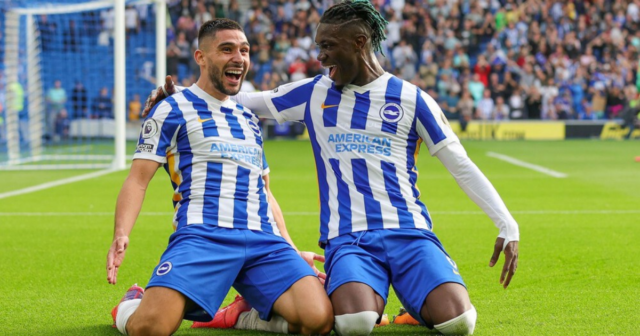 FANS of Brighton and Hove Albion are highest up the exam table as they have got most GCSEs, research found.

Fans of Brighton and Hove Albion are highest up the exam table as they have got most GCSEs, research found

Further down are fans of Aston Villa and Newcastle, who have an average of five GCSEs. As well as Premier League fans, analysts studied the exam results of 2,000 followers of other sports.

They were knocked for six by cricket supporters, who came out top with 11 GCSEs.

Boxing fans were the lowest achievers with an average of five GCSEs to their name.

Ben Warren, of betting site cricketbetindia.com, which carried out the study, said: “Brighton may be one of the smallest clubs but Seagulls’ fans seem to have the biggest brains.

“But overall football fans don’t fare too well in comparison to other sports fans.”

Did you miss our previous article…
https://www.sportingexcitement.com/football/premier-league/liverpool-suffer-injury-blow-as-thiago-hobbles-off-in-win-over-crystal-palace-and-walks-straight-down-tunnel