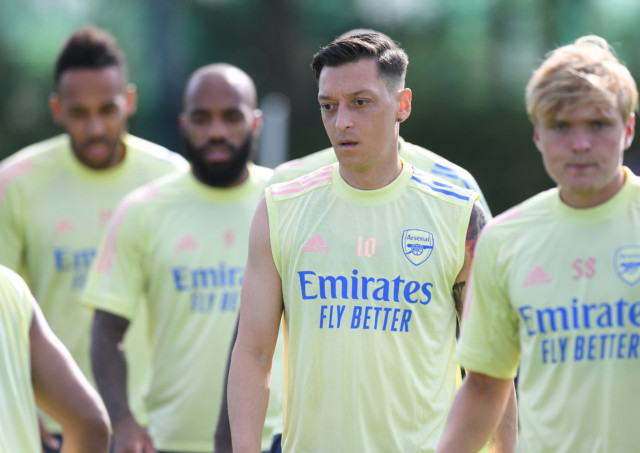 The German playmaker has fallen out of favour at the Emirates, not making a single appearance since the Premier League restart in June.

He has been linked with a move to Fenerbahce, but his £350,00-a-week wages causes a stumbling bloke for any transfer away from Arsenal.

According to Marca, the Turkish giants want to try and seal a loan move for the 31-year-old, but can only afford to contribute to a fraction of his wages.

They are prepared to pay £2.7m of Ozil’s salary a year, but he pockets around £18m annually.

Ozil has one year left on his Arsenal contract and is adamant he will honour it.

He is said to have snubbed an approach from Fenerbahce, who would struggle to meet his wage demands anyway. 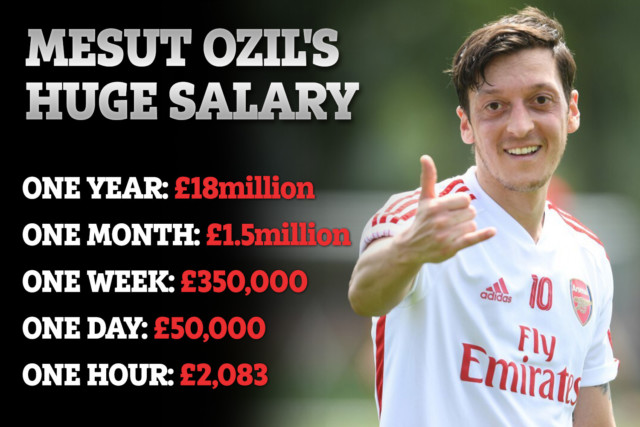 But his ex-Miss Turkey wife is believed to be pushing for her husband to accept the proposal from Istanbul.

Amine Gulse, a soap actress, is very well known back in her homeland.

Back in March she gave birth to daughter Eda and now reportedly hopes to return home to raise her family.

That is according to 90min, who have “been informed that Istanbul Basaksehir are prepared to formalise interest in Ozil that initially began last summer” once the window re-opens.

Erdogan is a personal friend of the Gunners attacker and was best man at his wedding 13 months ago.

And he is keen to see him playing his football in Turkey.