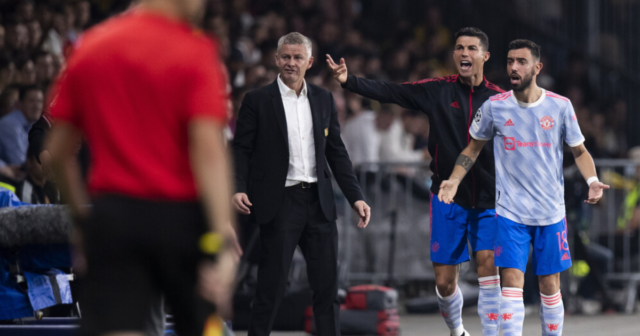 RIO FERDINAND claimed Ole Gunnar Solskjaer should have told Cristiano Ronaldo to “sit down” when he joined him on the touchline.

Manchester United boss Solskjaer was shadowed by star striker Ronaldo as he watched his side slump to a 2-1 loss to Young Boys in the Champions League.

Ronaldo had put the Red Devils in front with his third goal in two appearances since returning to the club after 12 years away.

But a late Theoson Siebatcheu winner from a Jesse Lingard error saw United slump to their seventh defeat in 11 Champions League games under Solskjaer.

Ronaldo was brought off after 71 minutes and promptly joined Solskjaer on the touchline to bark instructions at his team-mates.

Speaking after the game on BT Sport, Ferdinand insisted the manager should have stamped his authority on his player.

He said: “If I’m sitting on the bench as well I’m telling him to sit down. But he is Cristiano, we’ll let him do it.”

Tuesday night was not the first time Ronaldo has prowled the touchline.

The 36-year-old was famously vocal during Portugal’s Euro 2016 final victory after he left the field on a stretcher.

Ferdinand played with Ronaldo during the Portuguese’s first stint at Old Trafford and they enjoyed Champions League glory together in 2008.

The former defender seemed to soften his stance later in the broadcast, echoing Crouch’s view on Ronaldo’s status in the game. 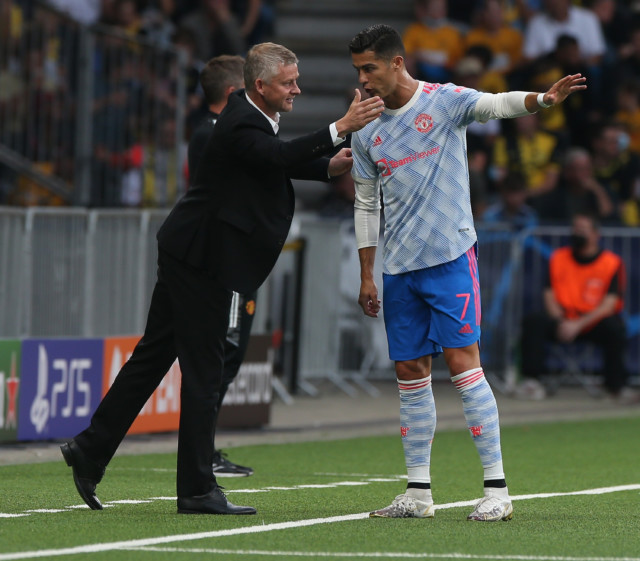 He added: “I get it, with Cristiano people go, ‘Oh it’s bravado, it’s for the fans’. He’s just a passionate guy. He wants to win, he’s desperate to win, and he can’t hold it in.

“If that means he has to go up there and stand next to the manager, shouting instructions, so be it.

“When it’s someone of his standing and stature in the game how can you argue with it?”