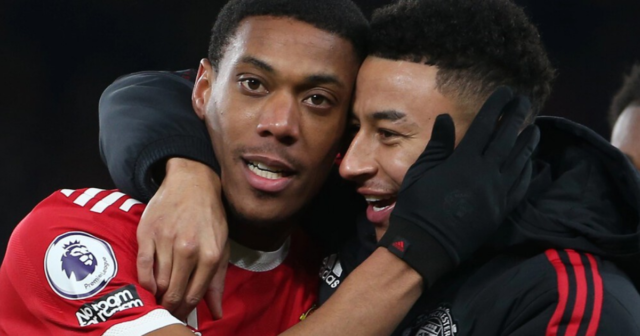 Lingard, 29, has been heavily linked with a loan move to the North East this month.

And despite Manchester United’s loan fee asking price being a hitch, Ferdinand expects the switch to happen.

“The same with Jesse Lingard – my head would say to me Newcastle but these are players that need to go out and play football and Martial is one of them.”

Van de Beek has been linked with a loan move to Crystal Palace and Valencia.

But despite playing just seven minutes since Ralf Rangnick’s arrival the German is reluctant to let him leave this month.

Newcastle are also reportedly keen on the Dutchman as are Everton and Wolves.

The midfielder is said to just want to play football – like Martial, who completed a loan switch to Sevilla this week.

Toon were also considering a permanent offer for Lingard but the attacking midfielder is said to only be prepared to move on loan.

Did you miss our previous article…
https://www.sportingexcitement.com/football/premier-league/arsenal-have-more-red-cards-than-goals-this-year-and-their-shocking-2022-stats-back-up-piers-morgans-mikel-arteta-blast