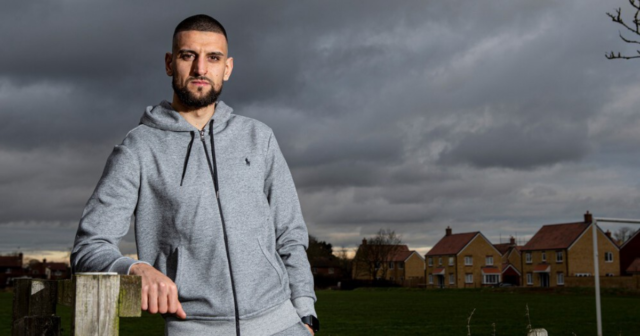 OMAR BUGIEL moved to the UK when he was 16 to learn English and only expected to stay a year before returning to Germany.

But the Sutton striker ended up on an extraordinary journey that has seen him become the first Lebanese international to play in the EFL and score at Wembley Stadium.

Yet that never would have happened had it not been for a famous family of footballers taking Bugiel under their wing and nurturing him.

Crystal Palace and Oxford legend Paul Hinshelwood – who passed away last month aged 65 – and his wife Rita put a roof over his head while without family or friends.

They are a clan of rich footballing heritage.

Paul’s dad Wally, who also passed in 2018, played for Reading, Bristol City, Fulham and Chelsea – while his brother Martin, 68, was at Crystal Palace and managed Brighton.

And his son Adam, 38, played for Brighton, Wycombe and Aldershot – and is currently manager of Isthmian League Premier club Worthing.

Bugiel attended his mentor’s funeral on Friday – admitting: “I owe my career to the Hinshelwoods. I would never had made it without them.”

The Sutton striker, 28, was brought up by his Lebanese dad Khaled and Polish mum Ewa in Berlin and started honing his skills playing cage football.

And he then got spotted by TSV Munich after moving to the city with his mum but got released at 15 because he was not big enough.

So his mum paid for him to go to Chichester College in Sussex to learn English – and that proved to be a life-changing event.

He was tutored by another of Paul Hinshelwood’s sons, also called Paul, who introduced him to his parents and brother.

The Sutton ace told me: “I could barely speak a word of English and had no friends here.

“A load of us foreigners played 5-a-side every Monday at the college. Paul (Jr) saw me play and thought I was better than the other lads. He was coaching the college team that played at Selsey and invited me to play for them.

“At that time, I was asking if anyone knew of anyone who would let me house-share with them as it was costing a lot to stay at the college.

“And that’s when Paul (Jr) introduced me to his parents and I ended up being their lodger for two-and-a-half years.”

Bugiel went on to play under Adam while he managed at Selsey and Worthing.

He said: “I didn’t realise then how good a player Paul was back in his day or how big a football family they were – but we built a great relationship.

“They helped me so much. First, they gave me a place to sleep. I paid rent every month and had all sorts of jobs to earn my keep. I was a barman, a builder, I worked in a shop and a golf club.

“I wanted to be pay my own way because my mum took on a massive debt to send me here.

“And the Hinshelwoods were great. If I had to get somewhere, they’d run me there because I didn’t have a car. They always supported me.

“They’re still close to my heart and I speak to them on a weekly basis. Had I never met them I maybe wouldn’t be in this situation right now.”

Bugiel remembers how Paul Sr gave him tough love when it came to football.

The striker recalled: “Paul was always the first to criticise me but at the same time knew I had something in me. 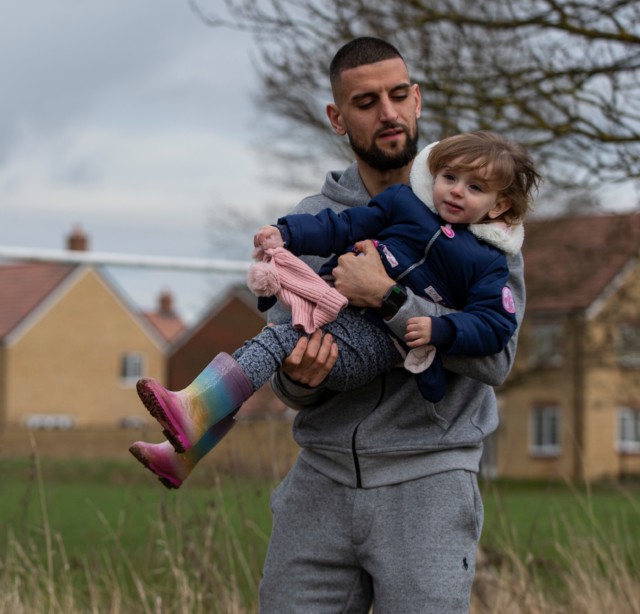 “I remember he’d start making his way down to Worthing from Selsey just to watch us play.

“Every time I scored, afterwards he’d say, ‘You only scored one.’

“And then I’d score two goals he’d say, ‘You only scored two.’

“Whatever I did, it was exactly the same thing. He kept pushing me for more.

“And you only become a top player like he was if you constantly strive to do better.

“I remember always listening to him talk about football and the things he experienced in his career – and it inspired me. I wanted to experience and achieve some of the things he managed to do.” 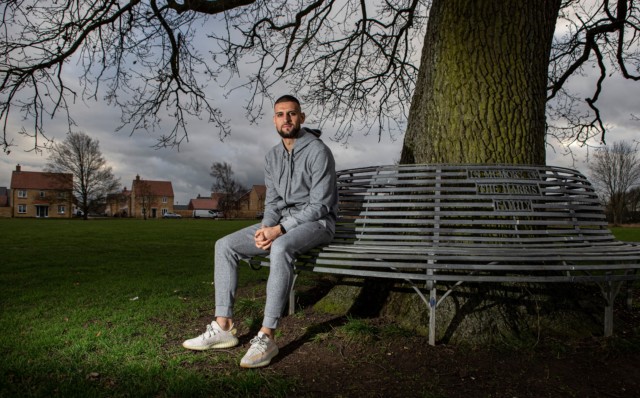 Bugiel was also blessed to share lots of quality time with Adam, who had his highly promising career blighted by injuries.

Adam – given his Brighton debut by uncle Martin – captained the Seagulls and was called up by England Under-21s but two ACL surgeries eventually saw him retire from professional football aged 26.

Bugiel said: “I remember an away trip to Folkestone where we spoke about the injuries he had to contend with.

“He had to take a different route. He has had five children but his love of football is as strong as ever and he wants to manage in the EFL.

“Worthing are top of the Isthmian League and he’s doing a great job. I’m certain he’ll achieve his ambition.” 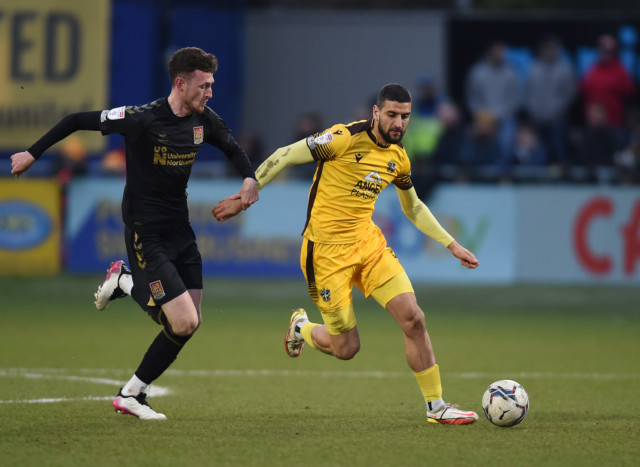 Bugiel finally achieved his dream of becoming a professional when Forest Green signed him five years ago and he helped the club win promotion to League Two via the play-offs.

He made 19 appearances for Rovers in League Two to become the first Lebanese footballer to play in the EFL.

He moved to Bromley and scored at Wembley in an FA Trophy final defeat to Brackley before striking gold with Sutton by winning a second promotion to the EFL.

And the club are flying again – aiming for yet another promotion to League One.

Bugiel said: “We just need to keep doing the things we’ve been doing for the last 18 months and see where we’re at.

“One thing I’ve learned in football is that anything is possible if you work hard for it.”

I NEVER realised Michael Myers was a Birmingham fan.

The City faithful were wearing blank white masks to represent their “faceless owners” in a protest before, during and after Friday’s game against Sheffield United.

But the real horror movie right now is the club’s form. Just one win in 10. It’s enough to make any Blues fan SCREAM. 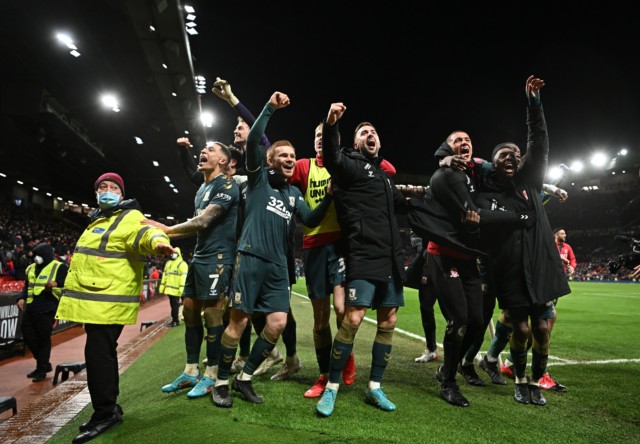 Middlesbrough players celebrate after their win on penalties at Old Trafford

Give Boro some credit

When will the Beeb and other broadcasters realise that most of the country actually don’t like Manchester United?

Thank goodness, we won’t have to all suffer the Reds on the box in the next rounds – as it doesn’t matter who they get drawn against it’s the TV game.

It was an incredible performance by Chris Wilder’s men – and you will not see many better set of penalties than theirs at Old Trafford on Friday night.

Did you miss our previous article…
https://www.sportingexcitement.com/football/premier-league/watch-heart-warming-moment-sadio-mane-consoles-tearful-liverpool-pal-mo-salah-just-seconds-after-hitting-afcon-winner