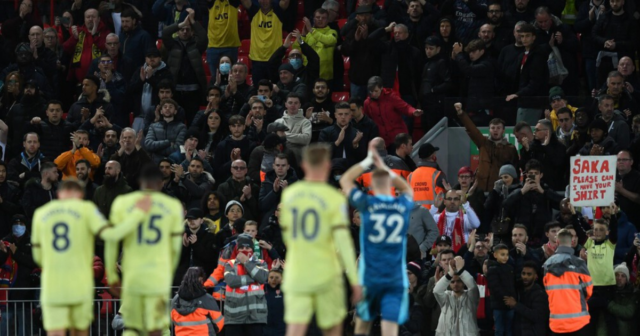 WAS last week’s 4-0 defeat at Liverpool simply a bump in the road for Arsenal – or was it something more?

The short answer is that I do consider the result to be just a blip on an otherwise upward trajectory.

But nevertheless, I also feel that Arteta and his staff, including the players, will have taken some key learning points from the chastening experience.

After all, we as fans need to keep in mind that this team is the youngest in the Premier League, and they were playing against recent European champions.

And while talented, they will make mistakes, both collectively and individually – but they will also need to learn from them swiftly.

It is easy to be wise with hindsight, but that reflection can also be valid as this Arsenal team progresses – so what are the key lessons from last Saturday?

Nuno Tavares has done exceptionally well deputising for Kieran Tierney and will ably apply pressure on the Scottish defender.

But our first choice left-back should have been brought in back to play against Mo Salah.

The Egyptian can make the best in the world look foolish, but Tierney’s extra know-how and decision making under pressure would have been invaluable.

I expect Tierney to start against Newcastle this weekend.

Despite being older than Saka, Smith Rowe has less experience coping with the rigors of playing multiple matches in quick succession.

Smith Rowe also has a recent track record of injuries, so Mikel Arteta needs to manage our ‘Croydon De Bruyne’ carefully in the coming weeks ahead of the busy Christmas schedule.

He has become vital to the team, but he will need to be rested.

The recent 4-4-2 experiment with Alexandre Lacazette as an advanced No.10, or second striker, has worked well.

But a more conventional 4-2-3-1 with Martin Odegaard back in the team might have given the midfield more support against Liverpool’s midfield three.

Thomas Partey looked less than match fit and both he and Sambi Lokonga and later Ainsley Maitland-Niles were overrun at times.

4. BRING MARTINELLI BACK IN

Neither Lacazette nor Pierre-Emerick Aubameyang seem able to maintain their energy, and subsequently the press, consistently for 90 minutes.

There seems to be a strong case for Gabriel Martinelli to be used more, and if Smith Rowe is rested, bringing the Brazilian back in the fold might be useful.

His energy, exuberance, and willingness to chase every cause could prove beneficial and he needs to be utilised. 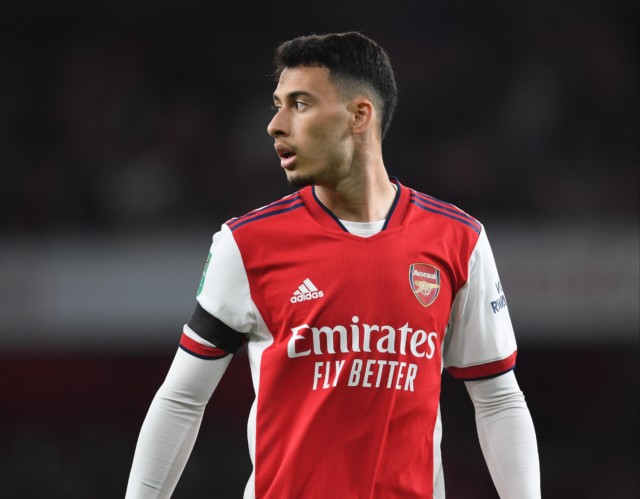 Perhaps the biggest area for concern for us fans, but more pressingly for Arteta, is the midfield combination.

If Partey is to be the all-action hero we all believe he can be, he needs to be fully fit for one, but he also needs a defensive midfield partner who will predominantly sit.

He needs the Gilberto that Vieira had, and we all saw what Fabinho means to Liverpool.

Whether this is to Sambi, Maitland-Niles, Mohamed Elneny or Granit Xhaka, in the short-term they need to work to a plan and hold that role.

Because at present, the Ghanaian is attempting to be all things to all men, and it is not helping him or the team.

Therefore, ahead of Newcastle‘s visit on Sunday, the manager has a few things to work on at Colney and has some selection decisions to make.

Tierney for Tavares is he easy one, but I feel we may see Martin Odegaard back in at No.10, with Nicolas Pepe or Martinelli offering Smith Rowe a break.

With another week’s training in his legs, I hope we see the real Thomas Partey, but who Arteta selects to partner him will be interesting.

I wonder if the skipper might get the day off too! 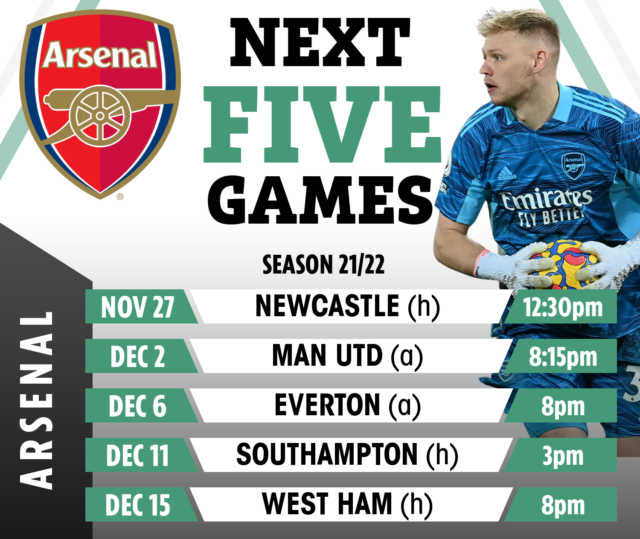