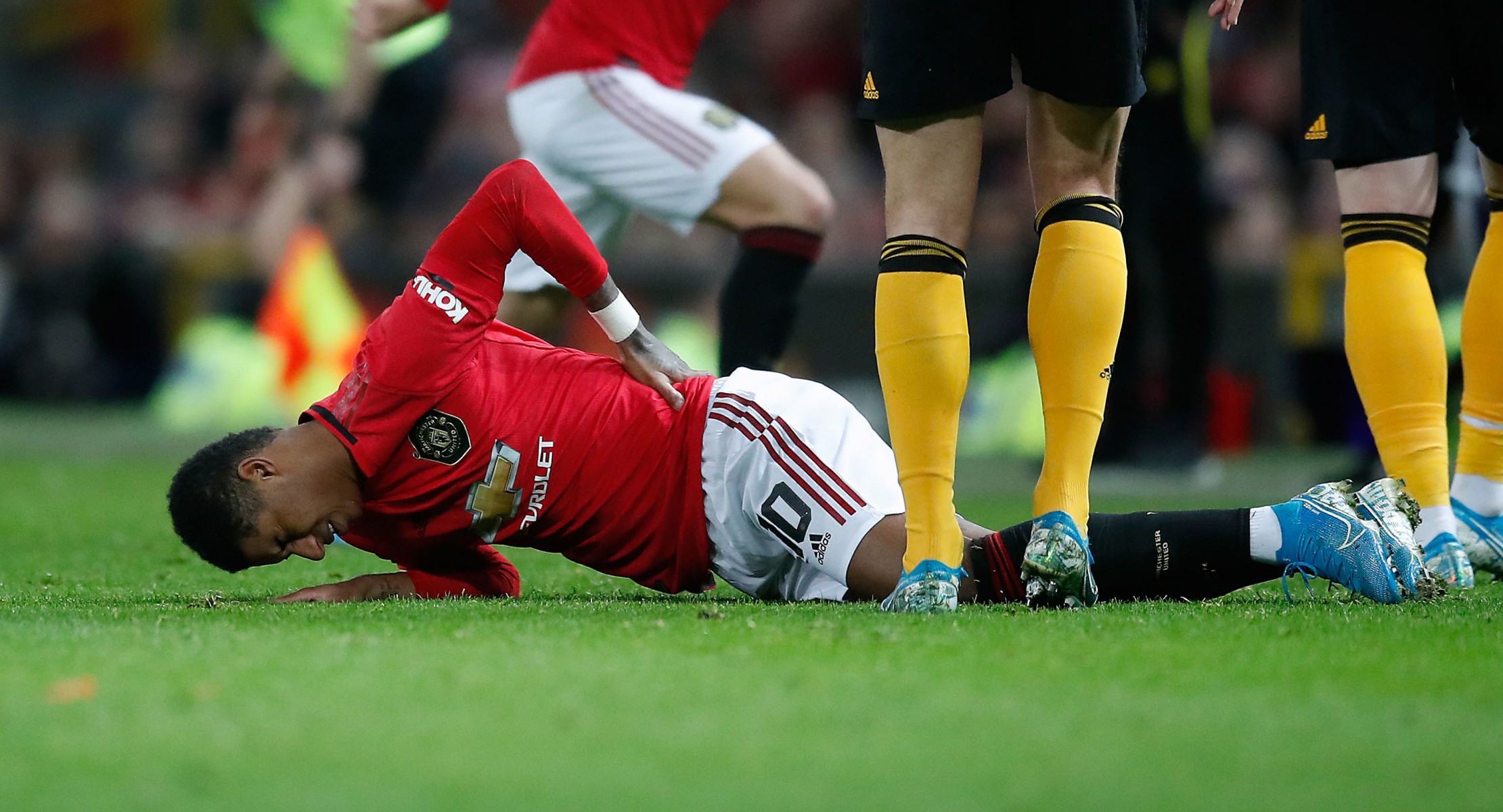 MANCHESTER UNITED are in desperate need of at least one more striker after it was confirmed Marcus Rashford could miss EIGHT weeks injured.

The England striker, 22, limped off with a back problem during the Red Devils’ FA Cup third round replay win over Wolves last Wednesday.

Scans confirmed that the 22-year-old has suffered a stress fracture in his back which could forceSolskjaerto make his move in the transfer market.

He only has inconsistent Anthony Martial and rookies Mason Greenwood and Dan James to provide the attacking threat.

United could do with someone who can shoulder the burden up top – and targetman Giroud would fit the bill.

He is desperate to leave Chelsea in order to save his Euro 202 dreams with France.

The 33-year-old would likely be allowed to leave on loan too, so United wouldn’t have to risk cash on the veteran.

But Solskjaer will have to move quick if he is to beat Inter Milan to the bearded striker’s signature.

Ok, so not a loan signing to bring in, but a loan to terminate none-the-less.

He flopped massively after moving to United from Arsenal, but now could be the chance to give Sanchez one last go.

With Solskjaer keen to get United to be more pleasing on the eye, letting the shackles off could be just what Sanchez needs.

If Inter manage to get Giroud, it could mean the 31-year-old Chilean falls out of favour with the Italians, and United could terminate the loan.

Big things were expected of the Serbian after he completed a 62m move to the Spanish giants from Eintracht Frankfurt.

But the 22-year-old has made just seven starts in all competitions, scoring a solitary goal.

With SunSport reporting that Los Blancos could be prepared to loan him out, it would be a win-win situation for both parties.

The chance to get a prolific striker on loan or for a small transfer fee doesn’t come around too often – so United should act fast with this one.

Cavani is out of contract at PSG at the end of the season, and doesn’t look like agreeing a new deal there.

The French champs’ boss Thomas Tuchel is already planning on life without the Argentinian, and is prepared to let him leave this month.

Unsurprisingly, Cavani is courted by a whole host of clubs including Chelsea, Tottenham and Atletico Madrid.

United were interested in the former Tottenham striker in the summer before he agreed to join Napoli on a free.

Undoubtedly the Spanish striker has the experience needed to be trusted to lead the forward line and when called upon at Spurs he chipped in with some important goals.

It might not be a signing that will get United fans out of their seats, but 34-year-old Llorente could be a cheap loan option for Solskjaer until the end of the season.