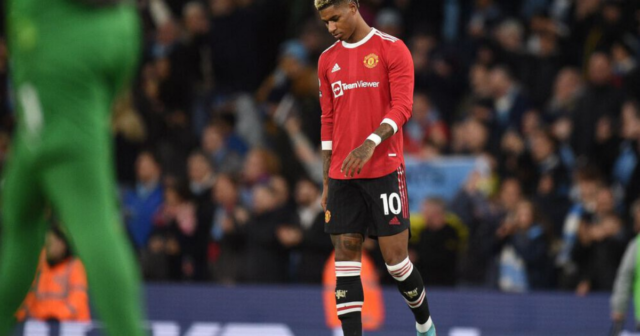 MARCUS RASHFORD is reportedly considering his future at Manchester United.

Claims emerged on Monday morning stating he was unhappy with the amount of game time he is receiving under Ralf Rangnick.

Rashford’s contract at Old Trafford runs until 2023 – with the club holding an option for another year.

But if he forces a move in the summer, there are a number of potential options for the England international.

Here are five possible destinations for Rashford if he is to depart his boyhood club.

Kylian Mbappe looks set to leave PSG for Real Madrid in the summer when his contract with the Ligue 1 leaders expires.

Should manager Mauricio Pochettino stick around, he will be looking for a new third member of his front three to play alongside Neymar and Lionel Messi.

And the Argentine is well aware of Rashford’s ability following his time in England with Tottenham.

Rashford could even be joined in the French capital by fellow Man Utd team-mate Cristiano Ronaldo as he has been linked with a move to PSG.

It is highly unlike Man Utd would sell Rashford to a Premier League rival.

However, Newcastle remain a side fighting at the wrong end of the table and a top four challenge would be a stretch in the near future.

So the Red Devils may be open to selling him to the Magpies – who have a wealth of funds following the Saudi Arabian takeover.

Rashford’s team-mate Jesse Lingard has also been linked with a move to St James’ Park.

Barcelona have been incredibly canny in the transfer window while they continue to live with their financial crisis.

And they may see Rashford as another player they could secure on the cheap given his contract expires next summer – albeit with a one-year option tied in.

If the financials make sense, a new start at the Nou Camp could be just what Rashford is after.

Former Man Utd boss Jose Mourinho‘s days do look to be numbered at Serie A side Roma.

But if he can stick it out until the summer, the Portuguese coach could attract Rashford to the club.

The England man played more than 50 games in both of Mourinho’s full seasons at Old Trafford and was an ever-present fixture in his starting line-ups.

A reunion could be on the cards – with ex-United man Chris Smalling also plying his trade in the Italian capital.

This one would certainly raise more than a few eyebrows.

Aubameyang’s departure in the January window left Arsenal with Alexandre Lacazette and Eddie Nketiah as their only two recognised strikers.

And both Lacazette and Nketiah are out of contract in the summer, meaning the Gunners will almost certainly be scratching around for someone to lead the line.

Any player moving from Manchester United to Arsenal seems unlikely in the current climate.