Football’s most valuable shirts, including Man Utd’s vintage 86 third shirt… but do you own one worth £600?
Advertisement 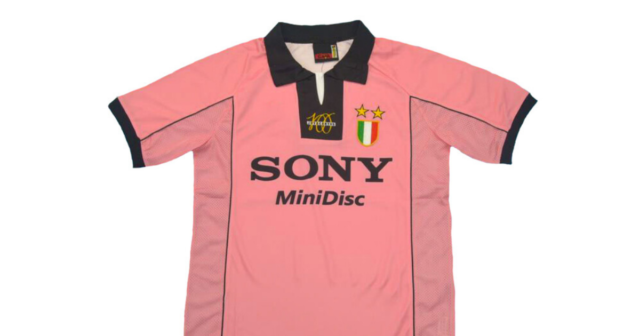 FOOTBALL fans could be sitting on a small fortune if they have a vintage kit tucked away in their wardrobe.

Arsenal’s iconic bruised banana kit and Manchester United’s blue jersey from 1986 are among the 10 most valuable items.

In collaboration with Classic Football Shirts, Casumo have pulled together a list of the most pricey shirts that you could own.

The Italian giants wore this jersey as they secured the Serie A title after finishing five points ahead of Inter Milan.

Advertisement. Scroll to continue reading.
Dortmund’s luminous yellow kit will be easy to spot from a distance

At the same price as Juve’s pink jersey, it’s Dortmund’s super rare shirt from the year they won the Champions League.

The German side ensured they stood out on the pitch in the luminous yellow home jersey.

Designed by Nike, the shirt has a stylish look with striped sleeves and a black collar. 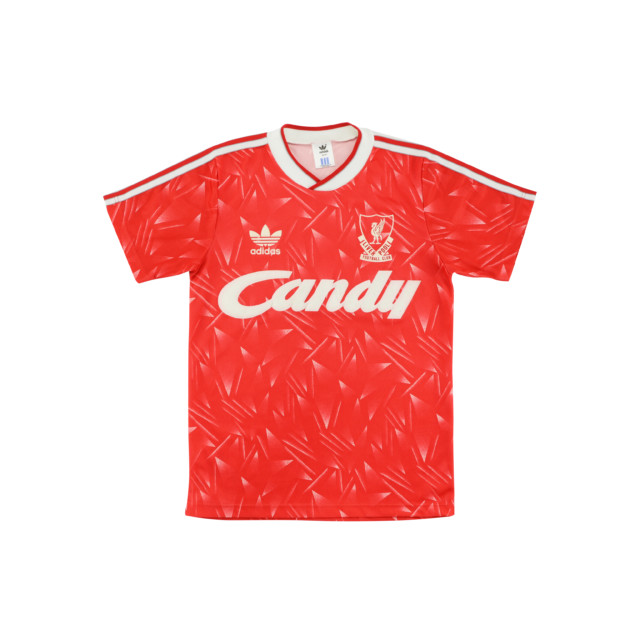 This retro Adidas kit was the one that Liverpool wore when they last won the league title in the 1989/90 season.

The “Candy” kit was worn by the likes of John Barnes and Ian Rush while the club was managed by Kenny Dalgliesh.

Because of the history it represents, this kit has become one of the most rare retro shirts on the internet. 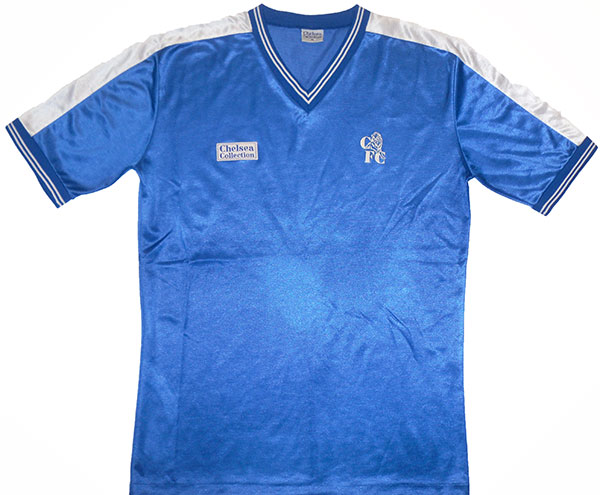 Blues chairman Ken Bates decided to the club should produce own home shirt this season to save them a few quid.

The result was a basic V-neck design with a white strip along the sleeves and a small Chelsea badge on the front.

But due to the cheap cost, it was prone to damage and did not tend to last very long. 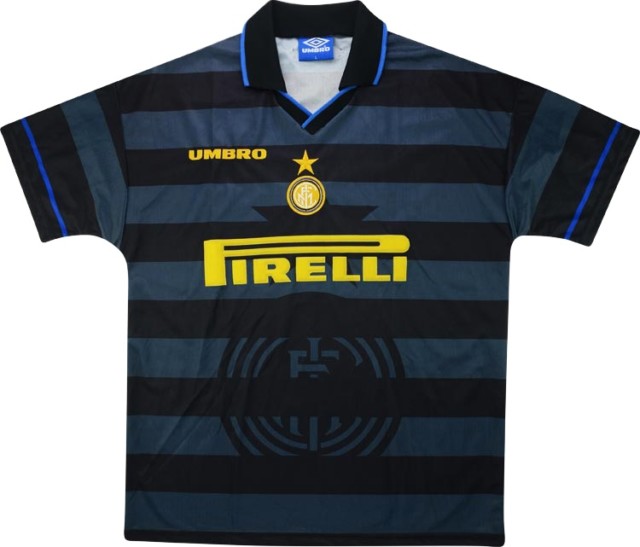 This incredible jersey was famously worn by Brazil legend Ronaldo as he dominated the Italian league.

The striped kit was only worn in European competition, but Inter are set to mimic the design for next season’s third kit.

It features a grey and black horizontal pattern with yellow detailing and the club badge is placed in the middle of the top. 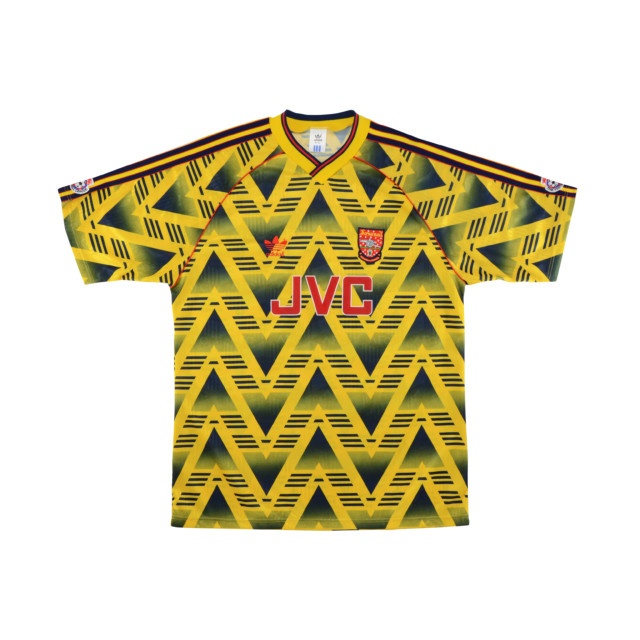 The bruised banana kit is a must-have for any kit collectors out there even though it was widely slated when it was released.

Gunners legend Lee Dixon still likes the kit so much that he refused to sell it to a desperate fan.

Arsenal released a replica version of the eye-catching yellow shirt earlier this year, but nothing will compare to the original. 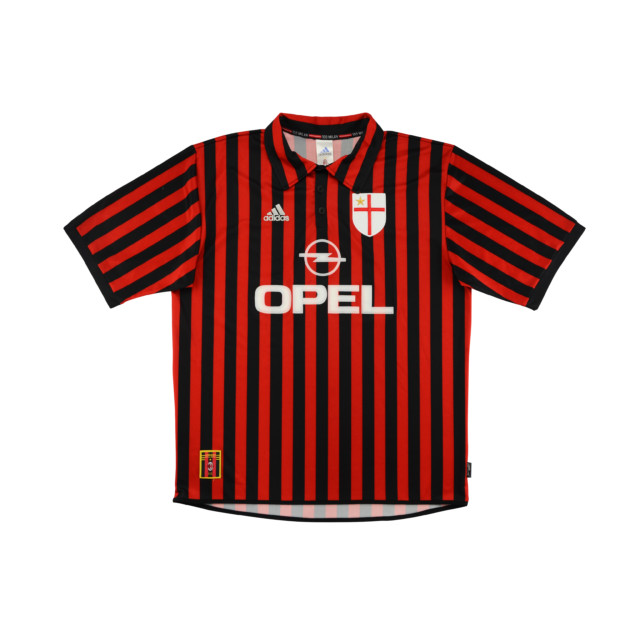 Fans will have to fork out nearly £400 to get their hands on this stylish red and black striped jersey.

This was the kit worn by the Italian giants as they failed to defender their Serie A title and finished in third place.

Despite the bad memories behind it, it is hugely popular as it was worn by the likes of Andriy Shevchenko and Paolo Maldini. 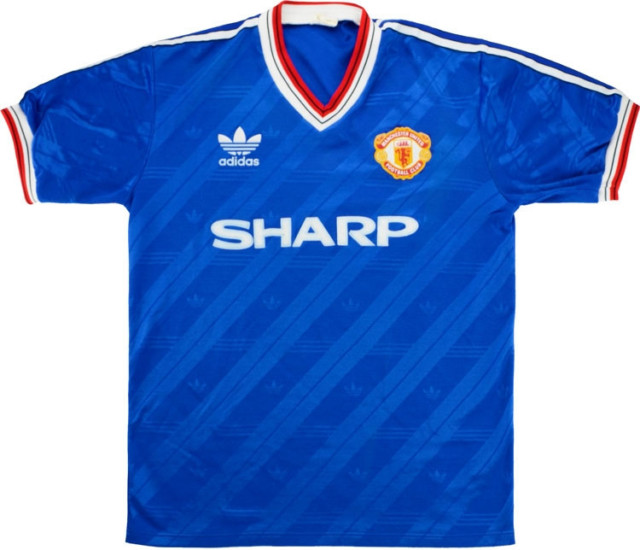 This third kit was used during Sir Alex Ferguson’s first season in charge at Old Trafford.

The blue strip was worn during the 1-0 win over Liverpool at Anfield in the 1986/87 season when Norman Whiteside scored the winner.

And the retro Adidas design, complete with Sharp sponsorship, makes it a fan favourite in the modern say.

This is the shirt that Diego Maradona wore during his final year with the Italian side.

It is the last Napoli shirt to date to feature the Scudetto shield in honour of their Serie A triumph in the previous season.

Less is more when it comes to this design, which comes with the Original Mars sponsorship and Napoli badge. 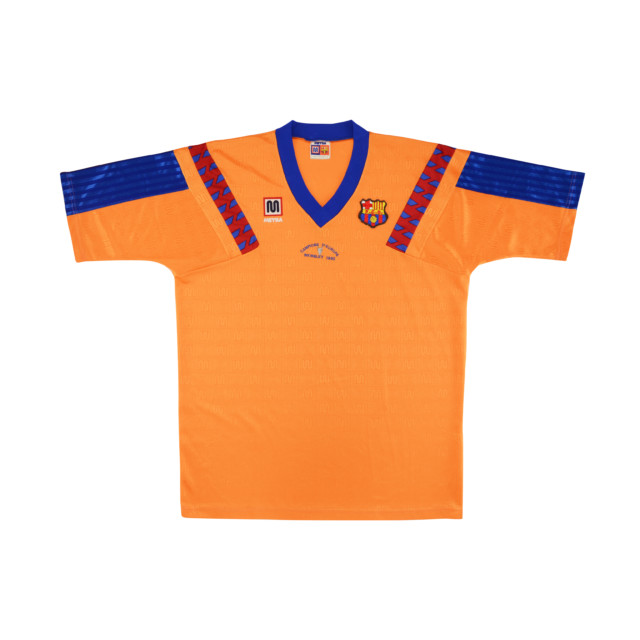 This eye-catching orange shirt is the most expensive out of all of the retro club shirts at around £600.

It was worn when Barcelona’s star-studded squad won the iconic 1992 European Cup final against Sampdoria.

During that match, it was worn by Ronald Koeman, Hristo Stoichkov and even Manchester City boss Pep Guardiola.