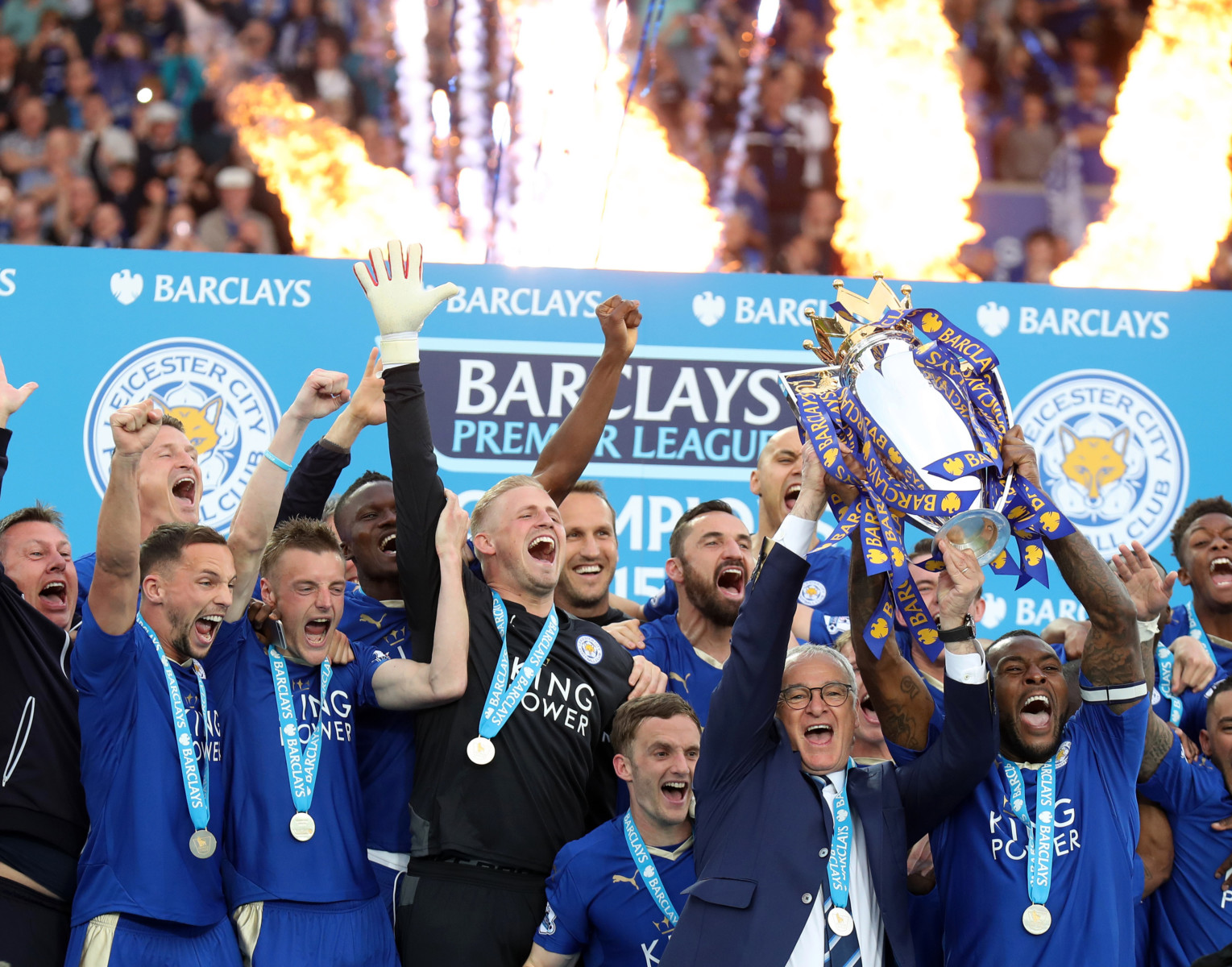 MAY 7 will always be the most memorable date in Leicester City’s history but a hungover record 12-0 defeat and 6-6 thriller make April 21 the most utterly bonkers.

Eden Hazard’s finish to earn a 2-2 draw with Spurs five days earlier confirmed the Foxes’ incredible 5,000-1 Premier League triumph and on the Saturday evening, after beating Everton 3-1, Claudio Ranieri’s miracle workers got their hands on the trophy.

May 7, 2016 was the day Leicester City lifted the Premier League trophy – but no date is more bonkers for the club than April 21 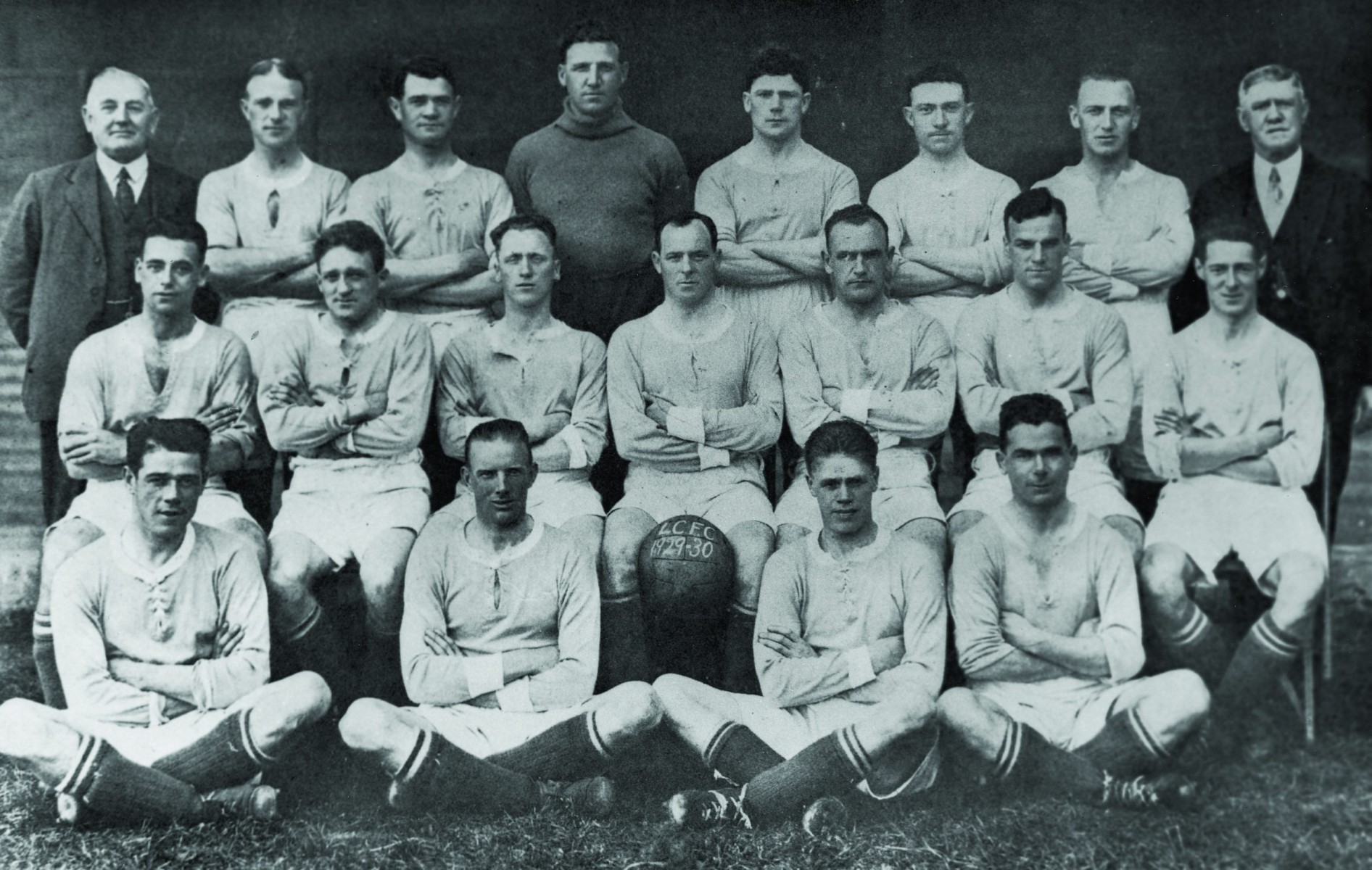 But April 21 has been etched in the club’s story for more than a century after suffering their heaviest ever loss at the hands of rivals Nottingham Forest in 1909.

And exactly 21 years later, the record books were updated again when Arsenal headed to Filbert Street and another 12 goals flew in, this time evenly shared.

Against Forest, Leicester Fosse – as they were still known – were doomed for relegation in their only season in the top flight.

Three players scored hat-tricks at the City Ground past England international and 1908 Olympics gold-medal winning goalkeeper Horace Bailey, who even made a number of fine stops to keep the scoreline down to… 12.

And due to the sheer astonishing result, questions were asked – until they found out the Fosse players had been on the beers the day before for a former team-mate’s wedding.

“Had it not been for Bailey, who apparently made some spectacular saves, it would have been an even bigger defeat.

“Because there were issues related to relegation, the Football League held an enquiry at Leicester’s Grand Hotel just to check there had been no match fixing or betting.

“But they realised the team had been out the night before celebrating the wedding of Bob ‘Leggy’ Turner, who had left Leicester Fosse for Everton not long before.

“Quite why they went to a wedding on a Friday afternoon the night before a game, I’m not sure but they obviously had this collective hangover!

“They were cleared of match fixing and were exonerated on the grounds they were all p*****! I’m not sure whether Bailey was because he made some great saves. It was a bit of a disaster really.”

Fosse rebranded as Leicester City in 1919 and finished second in the top flight in 1928/29, their best season until the 2016 Premier League triumph.

The following year saw a truly remarkable clash as Herbert Chapman’s Arsenal visited Filbert Street, at the beginning of a dominant decade for the Gunners who won five league titles and two FA Cups in the 1930s.

Two future Leicester managers scored in the game – Arthur Lochhead got two for City and David Halliday smashed in four for the North Londoners.

And it would not be the only 12-goal epic clash Halliday was involved in with Leicester.

However, the clinical finisher, who at Sunderland became the fastest player to 100 top-flight goals in 101 matches, would somehow be dropped for the following weekend’s FA Cup final.

Arsenal did beat Chapman’s old side Huddersfield Town 2-0 at Wembley, with Halliday’s shock replacement Jack Lambert finding the net to seal the club’s first of a record 13 Cup wins.

Hutchinson added: “The 6-6 draw with Arsenal in 1930 is the highest-scoring draw in top-flight history. The surprising thing was Arthur Chandler, who has scored more goals for Leicester than anybody else [273], didn’t actually score in that game.

“Arsenal had players like Alex James and Cliff Bastin, the big stars of the day. David Halliday scored four of Arsenal’s six goals and a hat-trick in five minutes. Then he was dropped for the final the following week!

“He became a successful manager for Leicester in the 1950s, taking them back into the top flight in 1957.

“There was another Leicester game where there were 12 goals – that was an 8-4 victory for City against Manchester City in February 1958.

“Bert Trautmann was in goal and David Halliday was present on both occasions – as an opposition player in the 6-6 and as Leicester manager when they won 8-4.” 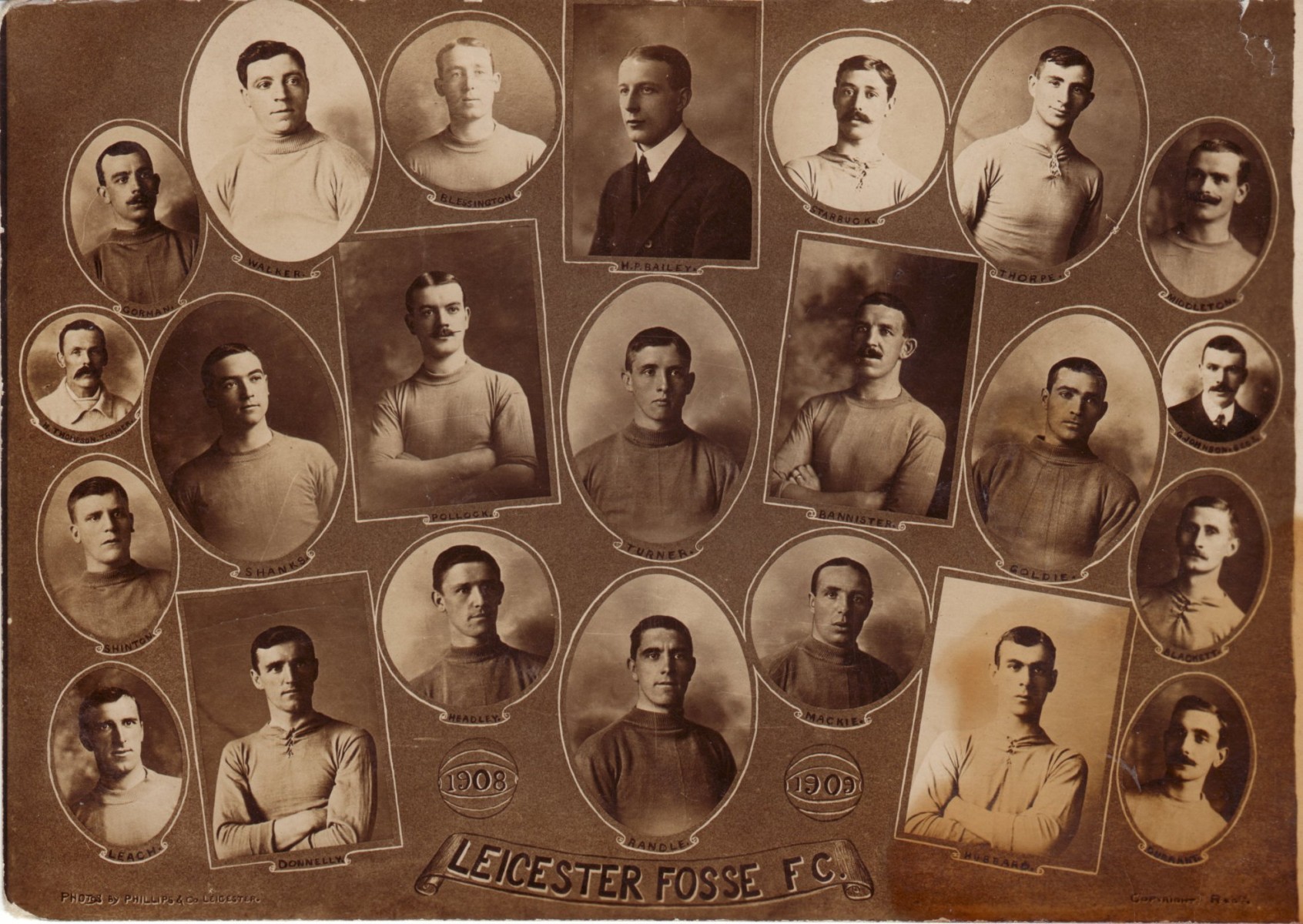 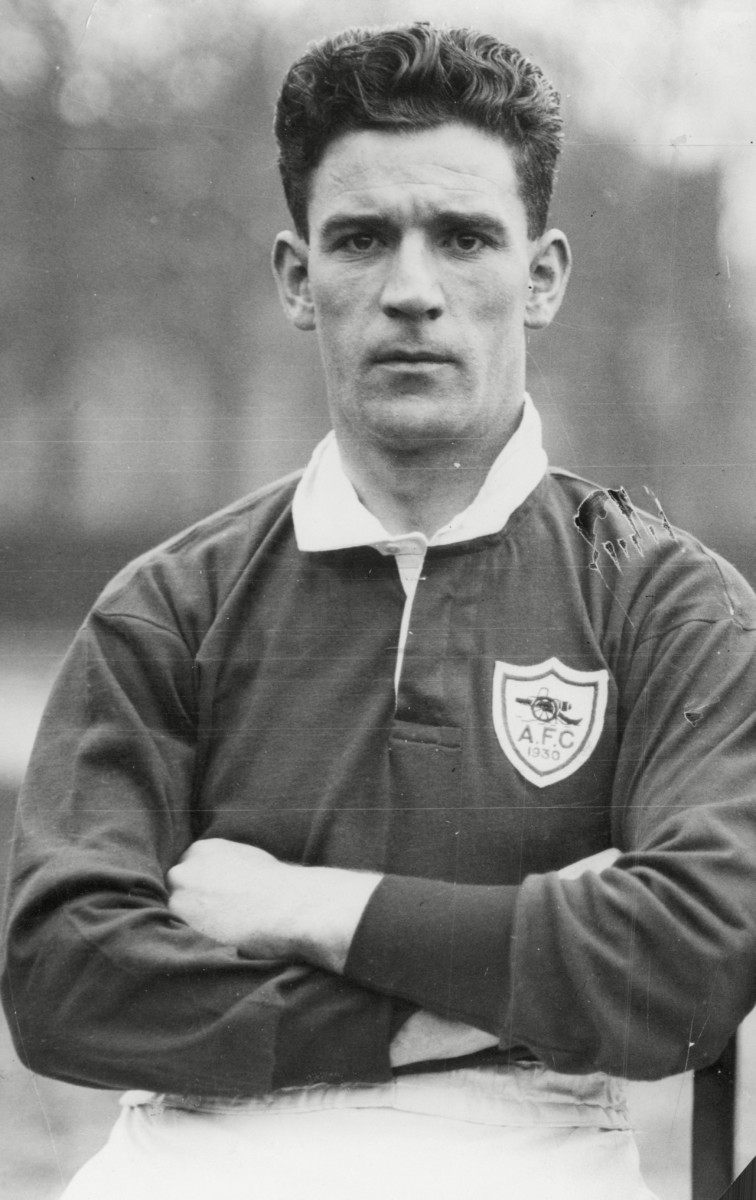 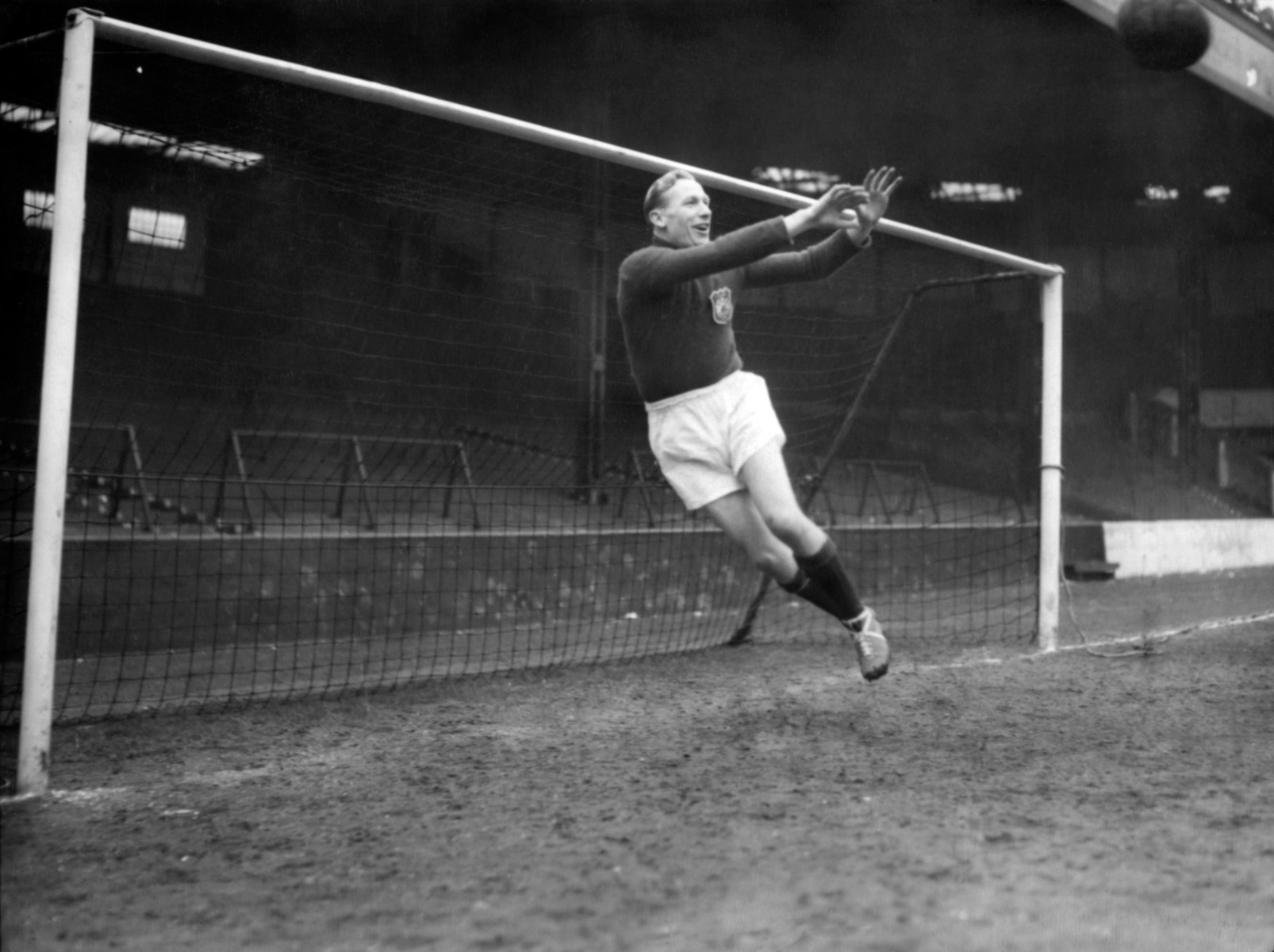