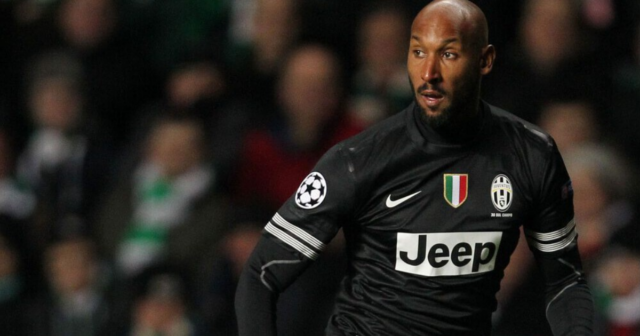 NICOLAS ANELKA has played for some of the biggest clubs in the world, but he admits he got it wrong at Juventus.

After a career that spanned France, England, Turkey, China and India, the former striker has described his stint in Italy as the worst of his career.

Anelka rued the fact all his appearances came away from Turin

Signing on a six-month loan from Shanghai Shenhua in January 2013, Anelka played just three times and failed to score as the Bianconeri won the league.

Speaking to TuttoJuve in 2019, the Frenchman, now 43, said: “I had decided to accept Juve because it is a great club, with a good history and also because they were leading Serie A.

“Unfortunately, this will remain my worst experience [in football] since I only played 45 minutes and I never wore the shirt at Juventus Stadium in front of the fans.

“Honestly, when someone talks to me about Juventus I try to change the subject immediately… I’m ashamed of that transfer!

“I played and scored for all the teams I signed for, except Juve.

“So without disrespecting that great team, it cannot be said that I was their player because of how that experience went.”

The forward spent the first couple of months on Juve’s bench, all three outings coming off the bench, before injury took him out of a chunk of the run-in.

Few footballers can boast the trophy cabinet of Anelka, who added the Scudetto to his CV despite the quiet Juventus spell.

He also won league titles with Arsenal, Fenerbahce and Chelsea, a Champions League with Real Madrid, and Euro 2000 with France.

Now retired, Anelka wants to pursue a career in coaching having tried his hand at working with Ligue 1 side Lille’s academy.

The Parisian noted back in 2020: “I have just finished working for Lille, I was the attacking coach.

“It was a wonderful experience.

“This year I have passed my qualifications and I can finally become a coach.”

But last year said the only club he would ever manage would be PSG.