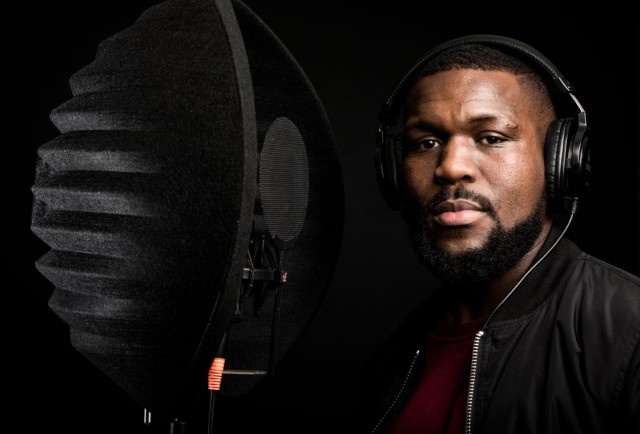 ROYSTON Drenthe is bankrupt following a career that promised so much when he signed for Real Madrid in 2007.

The former Dutch international, who had a stint at Everton in 2011, was last seen playing for amateur side Kozakken Boys in the Dutch third tier in 2019. 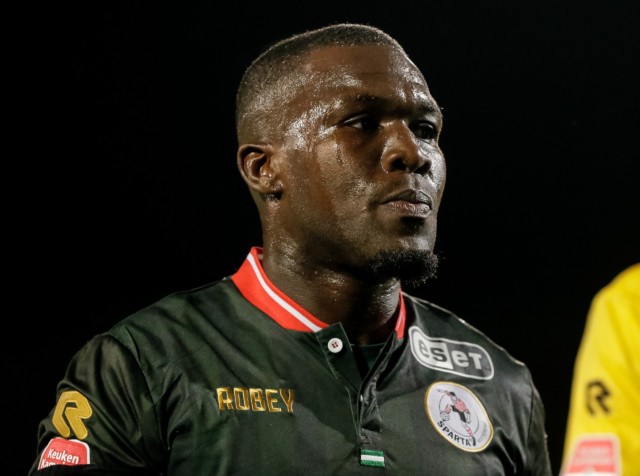 Drenthe was last seen playing for Sparta Rotterdam in 2019

Now 33, his life is at a crossroads as it has been revealed he has squandered his £3.2million fortune.

Drenthe told Voetbalzone that he “didn’t know exactly what is going on”.

He also added: “I am always under a magnifying glass, but it will be resolved as it should.”

Once a lightning quick, tricky winger, Drenthe hit the headlines in 2017 when word spread around Europe that he’d hung up his boots and instead decided to pick up a mic and launch himself as a rapper.

Drenthe, who goes by the moniker Roya2Faces, recorded an EP and released it to the world.

However, it seems that career choice, lead by his passion for music, has failed to pay the bills.

Yet it looked like he was on course to emulate flying Dutch wingers of the past when he came through at Feyenoord, and should still be with a professional club today. 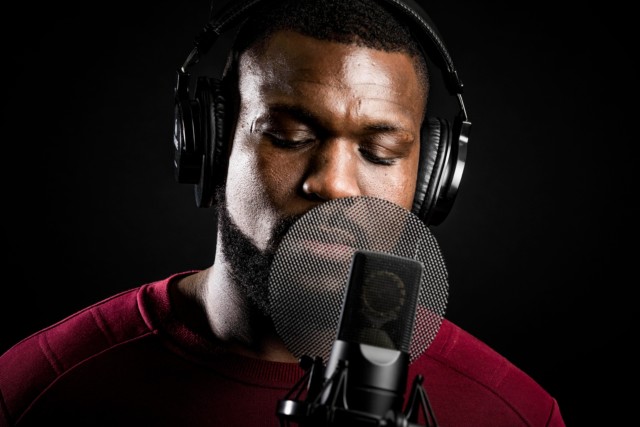 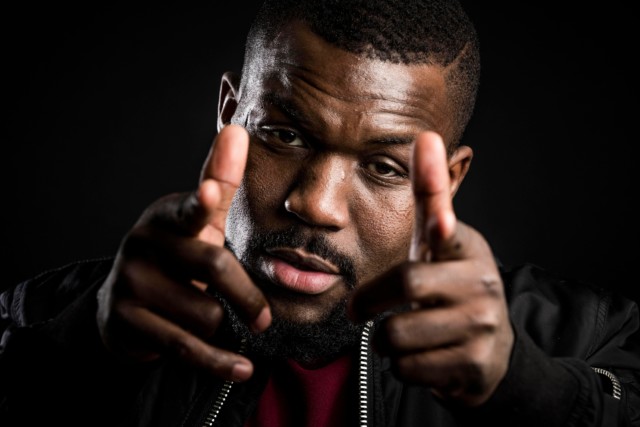 Named player of the tournament at the 2007 U21 Euros, where the Netherlands beat England to win the competition, big things were expected of Drenthe.

He moved from boyhood club Feyenoord to Real Madrid that same year for £12m, but after initial success was sent on several loan spells.

At Spanish club Hercules things were going brilliantly until they stopped paying him, while he started superbly at Everton until falling foul of David Moyes for (supposed) partying and tardiness.

Drenthe then moved to Russia but didn’t settle.

Reading was his next stop – but he was out of the team after the chairman who brought him in sold up and he struggled to have any impact at Sheffield Wednesday.

Breaking point and the shock decision to retire came after spells in Turkey and Abu Dhabi which saw him go unpaid.

He briefly returned with Sparta Rotterdam in 2018, but was discarded after a season helped the club gain promotion to the Eredivisie – the top tier of Dutch football. 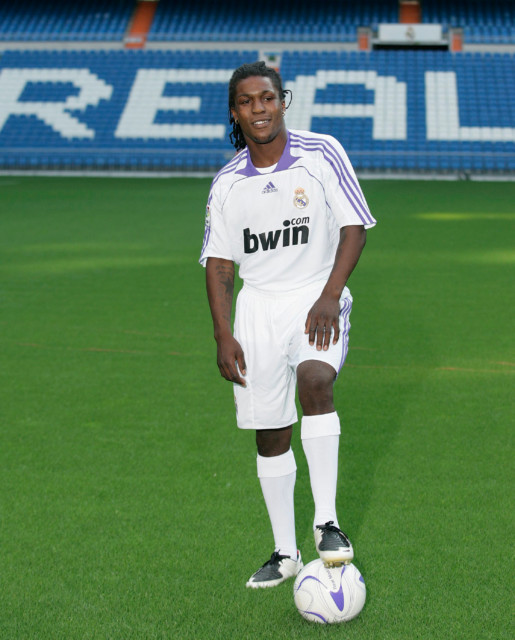 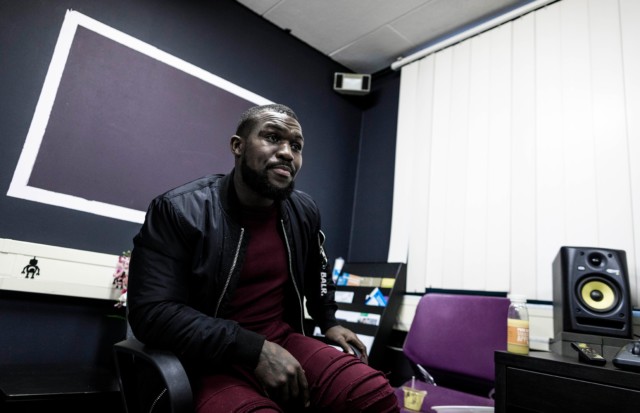 “The situation was repeating and repeating,” he told SunSport in 2018

“No matter which country I was, which city, it didn’t change.

Drenthe grew up in Rotterdam and has a music studio in an upstairs room of a small office building on a housing estate Pendrecht – one of the tougher neighbourhoods in Rotterdam.

He has always kept a home in the city, despite his nomadic football career, the place where his father was murdered – shot before being run over – by two rival drug dealer brothers in a turf war in August 1990. 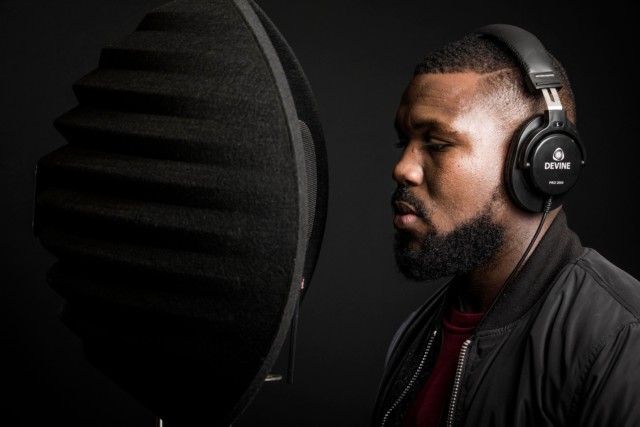 Drenthe has always loved hip hop since a young age

His life story, and more on his upbringing were told in an official biography called ‘Royston’ that was released in 2017.

What comes up in his book, repeatedly, is his passion for hip hop as well as his troubled childhood.

Royston collaborated with Dutch rapper U-Niq while still playing and appeared on radio with Ryan Babel when the pair were at Everton and Liverpool.

Drenthe said: “[As kids] we were always rapping on the streets.

“It got serious when I was 18. I was always chilling [with rappers] and they taught me how to write lyrics.

“U-Niq, a big rapper in Holland, taught me to write lyrics by myself.

“Music is a part of my life… when I’m in a car and there is 10 or 15 minutes with no music I always start to think ‘what is missing’.

“Before a game I had to listen to something, it was very important for me.

“Without music it was difficult to go [and play].” 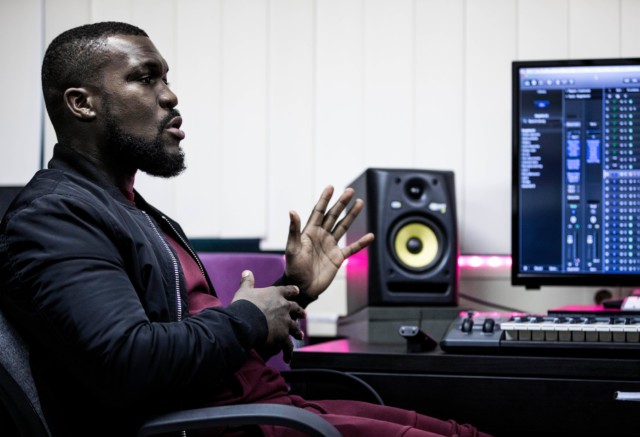 Drenthe says his music has ‘a message’, it’s not about fast cars and big houses 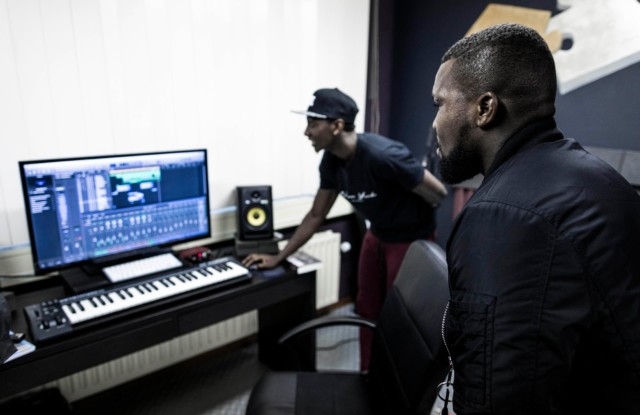 Drenthe’s studio is in a small office in Pendrecht, one of Rotterdam’s tougher neighbourhoods 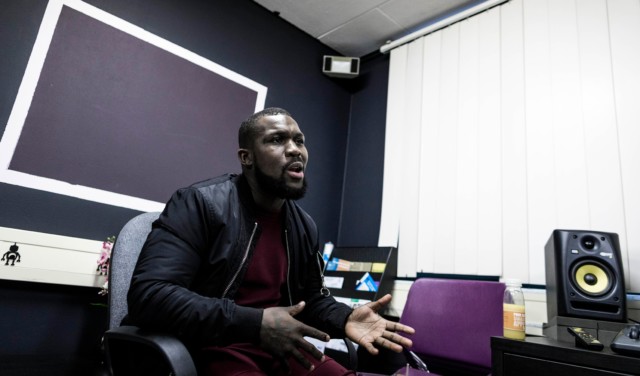 Drenthe plans to continue making music for the rest of his life, although was recently declared bankrupt 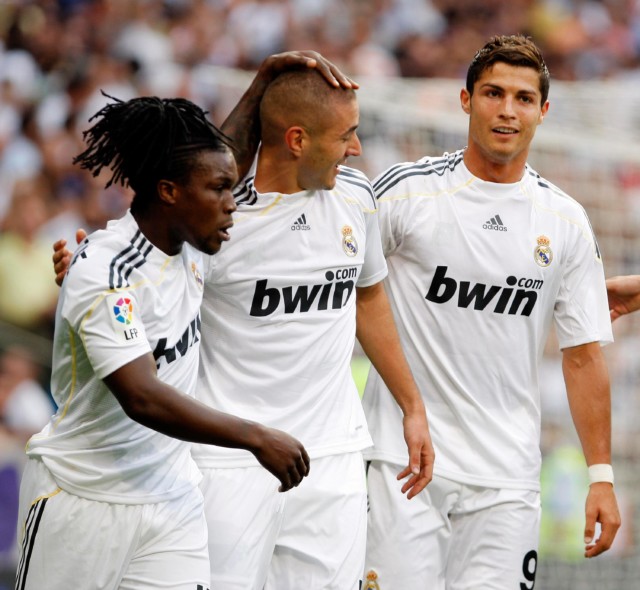 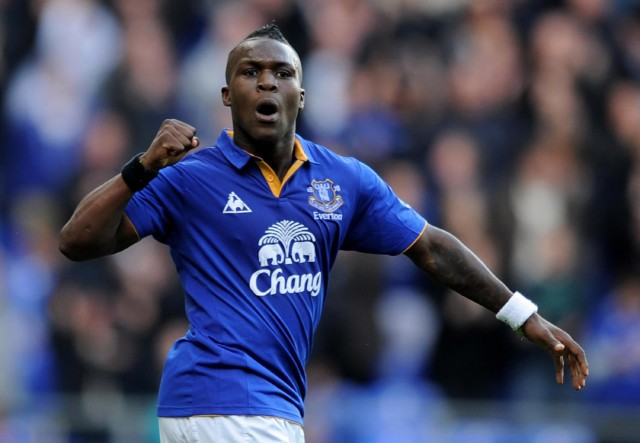 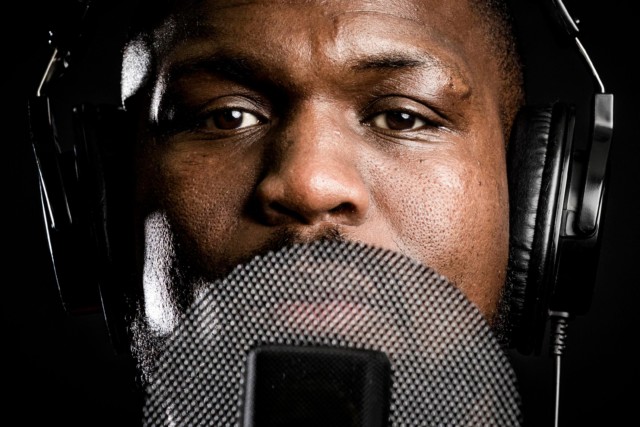 Drenthe uses the name ‘Roya2Faces’ because everyone has a dark side 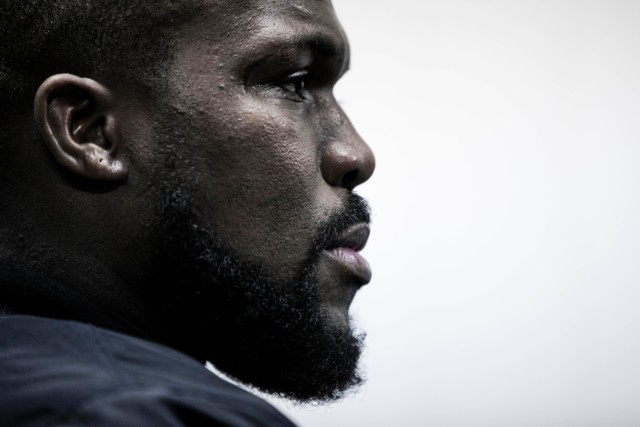 Despite his obvious dedication to his craft, Drenthe attracted plenty of hatred on social media – for both his music and football career.

He admitted sometimes he even puts out content to purposefully wind up his trolls, who will now have more ammunition with reports he’s skint.

“It doesn’t affect me and I think that bothers a lot of people,” he said.

“Sometimes I just want to trigger them. I think ‘OK, you want to play big boy behind your phone or computer then let’s battle then’.” 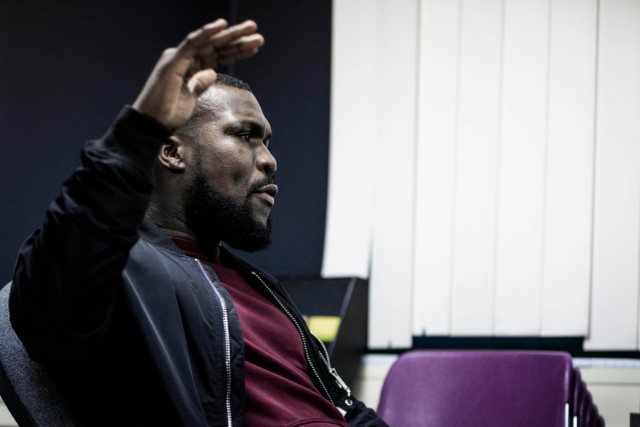 Drenthe is tired of dealing with trolls on social media 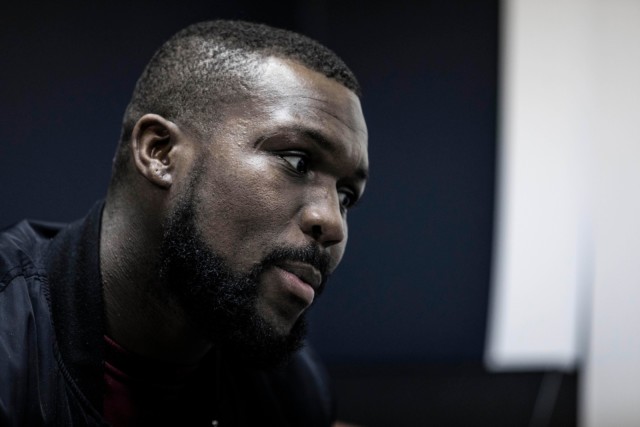 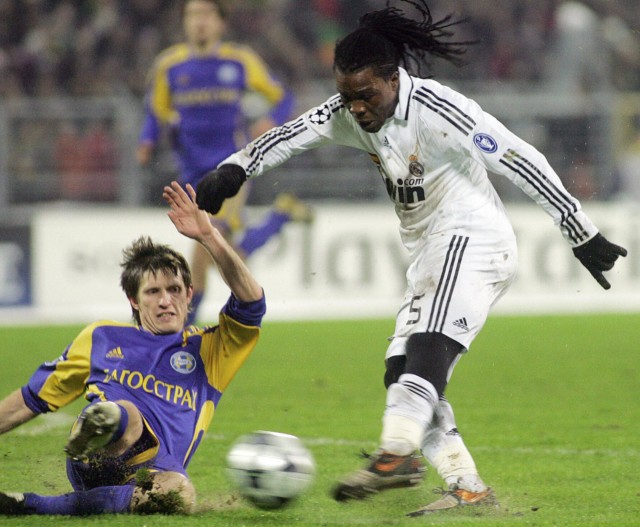 Drenthe is philosophical about how his career panned out 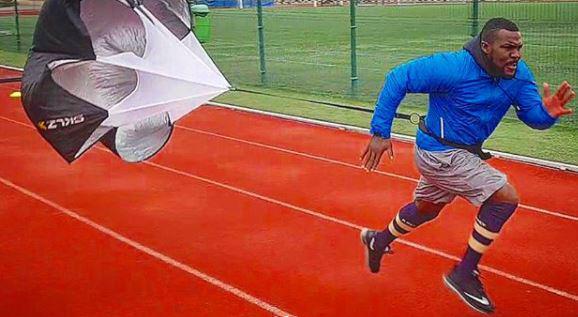 Drenthe continually trains and posts regular videos of his routines 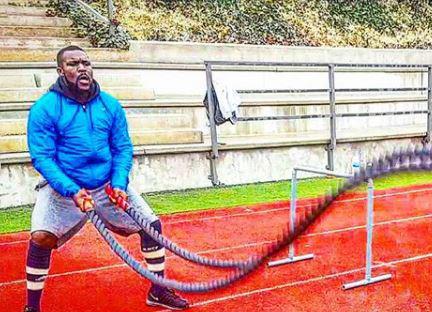 Some fans wonder if Drenthe will ever return to professional football

A career in amateur football isn’t what Drenthe had planned for his later years in the game.

But training and playing with pals was important to the wideman.

“Sometimes we don’t have enough guys.” 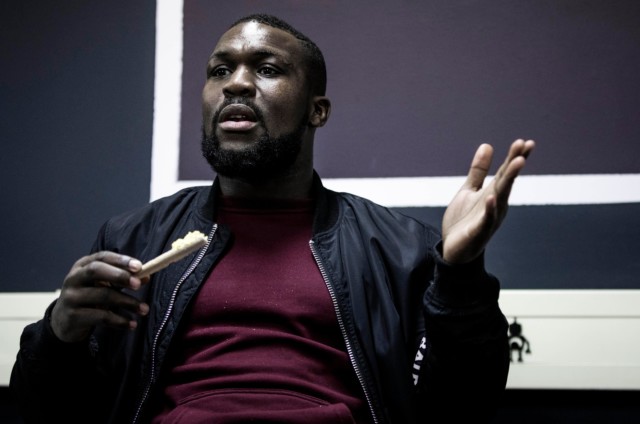 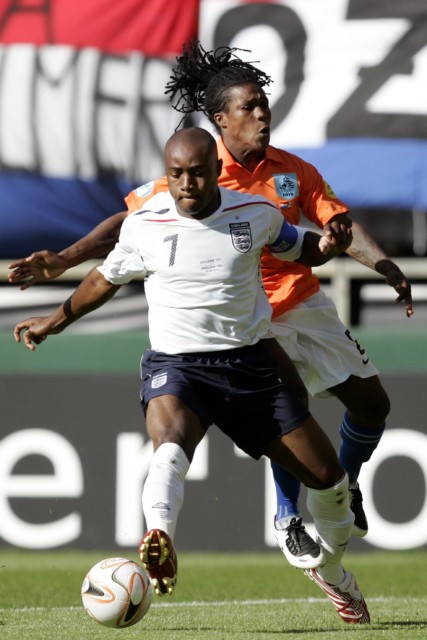 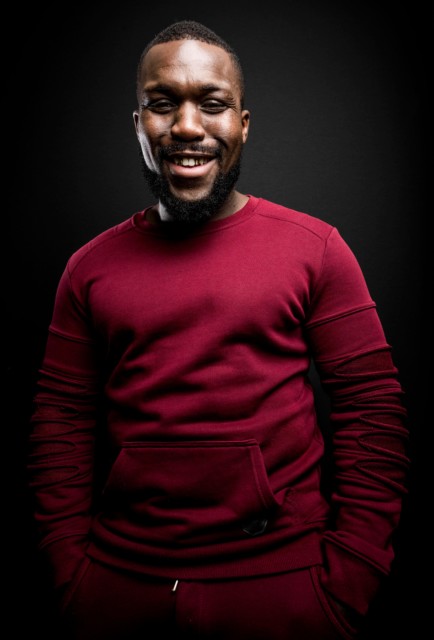 Drenthe says he is a different person now to the one that was branded a party boy during his football career
In this article:Abu Dhabi, everton, liverpool, Reading, sheffield wednesday