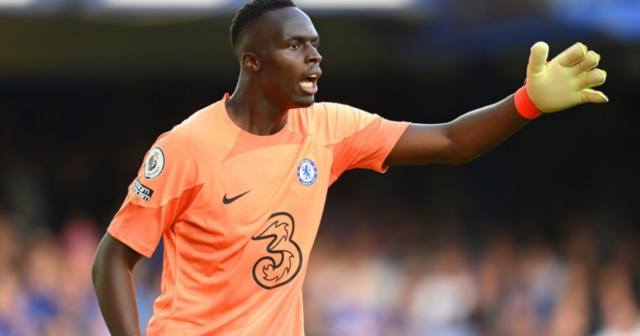 Mendy is among the nominees for world’s best keeper

However, it’s unlikely any of the aforementioned group will win the prize as Real Madrid’s Thibaut Courtois is favourite to lift the gong for world’s best keeper.

Alisson played a key role in helping the Reds attain the domestic double – consisting of the FA and League Cup last season.

The Brazilian is no stranger to the award as he scooped it when it was launched in 2019.

While Ederson ensured City won their second Prem title in a row.

And he’s set for heartache once again after Cortouis’ heroics meant Los Blancos were the worthy winners of the La Liga and Champions League.

The remarkable feat has propelled Courtois above his Prem rivals in the race for the award.

And for the first time since 2005, the Yashin trophy winner won’t share the stage with Lionel Messi who’s been left off the 30-man Ballon d’Or shortlist after a poor debut season at PSG.

Messi retained the award for the seventh time last year, but he won’t be given the opportunity to win it for an eighth.

The Argentine’s omission caused fury amongst football fans who took to social media to express frustration over his absence.

However, Cristiano Ronaldo is in with a shout of clinching the prize this year despite a tumultuous spell with Man United last season.

Courtois also made the list – but a goalie will never win the prize with the likes of Benzema gunning for it, he thinks.

If successful, the Belgian will be the first keeper since Russian ace Lev Yashin to lift the Ballon d’Or who done so in 1963.

His amazing feat led to the Yashin award being named after him.