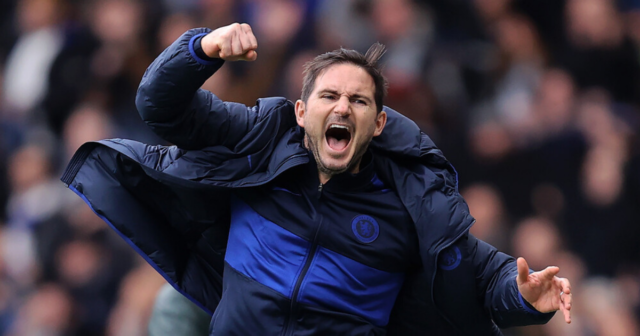 FRANK LAMPARD is set to finally be announced as Everton’s next manager on Monday after beating Vitor Pereira and Duncan Ferguson to the job.

The 43-year-old, who has succeeded Rafa Benitez, has agreed a two-and-a-half year contract at Goodison Park.

He will seal a return back to the dugout following his sacking at Chelsea last January after 18 months in charge.

The final details for his new role were finalised on Sunday.

He is now working on appointing his backroom staff, but is not thought to be bringing Jody Morris, his No2 from Derby and Chelsea, with him.

Instead the it’s claimed he intends to bring Joe Edwards and Anthony Barry with him to Merseyside.

Everton turned to the three-time Premier League winner after Derby gaffer Wayne Rooney snubbed the chance to return to his boyhood club.

Rooney said: “Everton approached my agent and asked me to interview for the job, which I turned down. It was a very difficult decision for me, but that’s where we’re at.

“I believe I will be a Premier League manager and I am 100 per cent ready for that now. If that comes with Everton in the future, that would be absolutely great.”

Attention now turns to who Everton can bring in before the winter transfer window slams shut on Monday night.

The Merseyside outfit desperately need to bolster their squad as they are currently embroiled in a relegation fight as they sit 16th in the Premier League.

It is understood that the club are keen to sign Donny van de Beek on loan from Manchester United.

Meanwhile SunSport have exclusively revealed how Tottenham’s Dele Alli is a serious target.

And Chelsea midfielder Ruben Loftus-Cheek is another player understood to be an option for Everton.

Though Thomas Tuchel is reluctant to part ways with the England international.

Did you miss our previous article…
https://www.sportingexcitement.com/football/premier-league/inspired-sadio-mane-sets-up-goal-as-senegal-book-spot-in-africa-cup-of-nations-semis-by-brushing-aside-equatorial-guinea