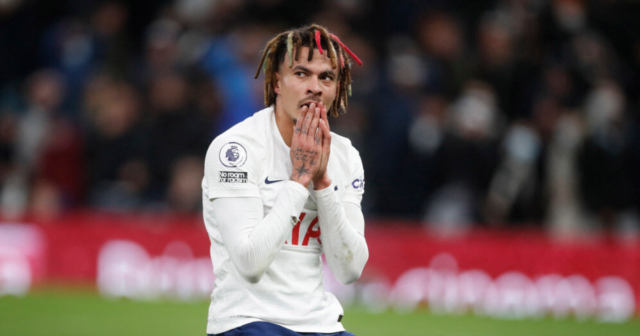 FRANK LAMPARD will make a running start as the new Everton boss with Dele Alli his first target.

Lampard came through a second round of interviews to beat Vitor Pereira and current caretaker manager Duncan Ferguson to succeed sacked Rafa Benitez.

Yet while the ink will only be dry on a deal soon, the former Chelsea and Derby County boss has already told the Goodison hierarchy that he wants Alli on loan.

Lampard, 43, has at least one more target in mind following his meetings with majority shareholder Farhad Moshiri and chairman Bill Kenwright in London on Friday.

He was given the green light to take over at Goodison after Toffees icon Wayne Rooney revealed that – as forecast by SunSport – he had been offered the job.

But Rooney chose to stick with Derby County – the first club that Stamford Bridge icon managed.

Pereira and Ferguson were also given a second bite of the cherry.

But Lampard’s ambitious plans for an immediate raid into the market before Monday night’s end of the January transfer window impressed his new club’s hierarchy.

So, too, did his intention of bringing in ex-Evertonian Anthony Barry as his No2.

Lampard brought Barry into the Bridge fold from Wigan after becoming Chelsea manager in 2020.

Now he wants the highly-rated Scouser at Goodison – although if he persuades him to leave Chelsea, Ferguson could either be downgraded in his role as a coach or even be forced to leave his beloved club.

Another key entrant to the club on the verge of a relegations battle following the 22-game nightmare regime of Benitez is expected to be Tim Cahill.

The Aussie, who made himself hugely popular with Everton fans over eight seasons before leaving in 2012, is likely to take on an executive role.

Under fire Moshiri has been conducting a review of the whole Toffees structure and one casualty was director of football Marcel Brands.

The Dutchman, 42, was in London on Friday as Lampard came through to become Moshiri’s seventh manager in six years.

Meanwhile the ex–England star make a bid to bring end Dele Alli’s misery at Tottenham under boss Antonio Conte – as soon as the ink is dry on that Everton contract.

Did you miss our previous article…
https://www.sportingexcitement.com/football/premier-league/how-many-children-does-cristiano-ronaldo-have-what-are-their-names-and-who-are-their-mothers