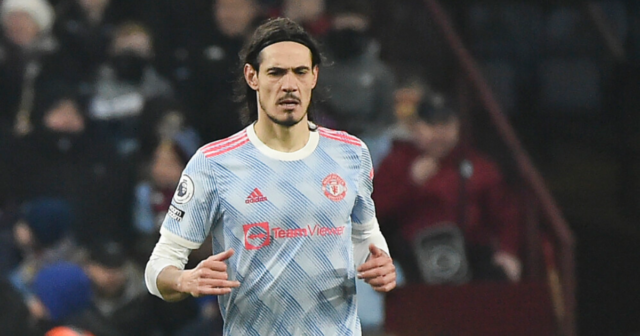 EDINSON CAVANI has been linked with a January exit from Manchester United in recent weeks, but those rumours have seemingly been put to bed courtesy of Fred.

Manchester United fans had feared Cavani waved goodbye to them in the 3-1 win over Burnley on December 30.

Speculation has been rife that he could be moved on this month, with Corinthians one of a number of teams reportedly interested in his services.

And the rumours have attracted the attention of Fred, who asked Cavani himself about the reports in the media.

The midfielder told ESPN Brazil: “The other day I joked with him, saying that I had heard something about Corinthians.

“I played with him. He just laughed. He said he still has a contract to fulfil.”

So Red Devils fans have Fred to thank for settling their nerves about losing Cavani in the winter window.

But it’s claimed even if he doesn’t make way this month, the 34-year-old could be one of SEVENTEEN players to leave Manchester United in the summer as part of a mass clear out.

Cavani is out of contract at the end of the campaign, having penned a one-year extension at Old Trafford last year.

But Fred went on to praise Cavani, and hopes the Uruguayan can stay at the club for longer.

Fred added: “He’s a great player, I really like playing with him, everyone knows about Cavani’s quality, you know, what a great player he is.

“He helps our team a lot, a great striker. He runs a lot for us, right, for us. South American player, fierce, right?

“And he’s a guy I want to have him for a lot longer because he’s a guy who helps us a lot. I hope he can stay here longer.”

Fred revealed he would be ‘surprised’ if Cavani left this month, and wants the striker to ‘at least’ stay until the end of the season.

He concluded: “For sure, I would be very surprised, I think he should stay with us at least until the end of the season, which is where his contract ends.”

So United fans can rest easy for now, but could face the prospect of losing the hard-working Uruguayan forward at the end of the campaign.

Barcelona have been linked with a summer move for Cavani, with the cash-strapped Catalans targeting free transfers over expensive signings.

And it’s been claimed Cavani ‘wants’ to join up with the La Liga outfit upon the expiry of his United contract as he believes he still has two years left at the top level.