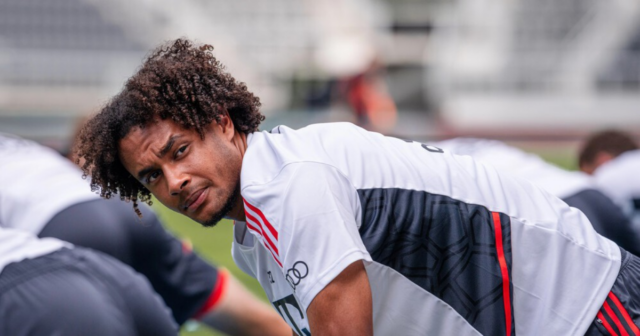 The Cottagers boss is desperate for more signings after stating his squad is not ready for the start of the Premier League season this weekend.

And work is underway to add to their five new signings already this summer – with talks underway over a deal for Zirkzee, 21.

The Dutch U21 international has just a year left on his contract at the Bundesliga champions but could still cost Fulham up to £15million.

Zirkzee has made 17 first-team appearances for Bayern in total, last year he spent the season on loan at Anderlecht scoring 18 goals.

Silva wants to add depth across the park and is keen to take the number of signings since promotion from the Championship into double figures.

Speaking earlier this week, Silva said: “We, as a squad, we are not ready. These players, they are ready.

“I have to tell you, and I don’t want to speak for too much time about the situation, I want to be clear with you; now we have 16 senior players in our squad.

“No one competes at this level with 16 senior players in your squad.

“I have to congratulate our players because they have worked really hard but anyone that understands football can see that we need at least five or six more players, that is clear.”

Silva is also desperate to add players in defence and is keen to sign West Ham’s Issa Diop, though the Hammers are reluctant to sell without further additions themselves.

Fulham have seen setbacks in moves for other centre-backs such as Malang Sarr of Chelsea with him reportedly preferring a transfer to Monaco.