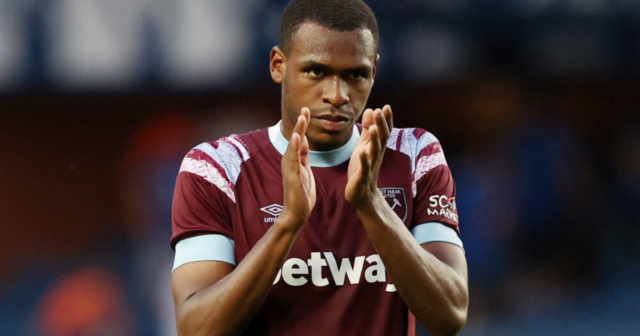 FULHAM have agreed a £17million deal to sign West Ham centre-back Issa Diop, according to reports.

The Frenchman, 25, will pen a five-year contract at Craven Cottage.

Issa Diop is no longer a regular starter at West Ham

But according to Foot Mercato reporter Dahbia Hattabi, Fulham have sealed a deal for the Hammers’ experienced centre-half.

Tosin Adarabioyo and Tim Ream were Fulham’s only senior centre-backs throughout pre-season.

They signed Shane Duffy on loan from Brighton on the eve of their opener against Liverpool, with the Irishman coming on late on in Saturday’s 2-2 draw.

Ben Johnson played at centre-back alongside Kurt Zouma, with Moyes saying of Diop: “Issa didn’t put himself forward to play in the last couple of games, and we will see what happens with that in the next couple of weeks.”

Diop joined West Ham from hometown team Toulouse in a £22m deal in 2018.

He has gone on to make 119 appearances for the Hammers, but saw his importance wane last season.

The 6ft 4in ace only made 12 Prem appearances as he fell down the pecking order.

He did help Moyes and Co reach the Europa League semi-finals, however, playing the full 90 minutes in their 3-0 quarter-final second leg victory over Lyon.

Diop has represented France at youth level, earning six Under-21 caps but never breaking through to the senior side.