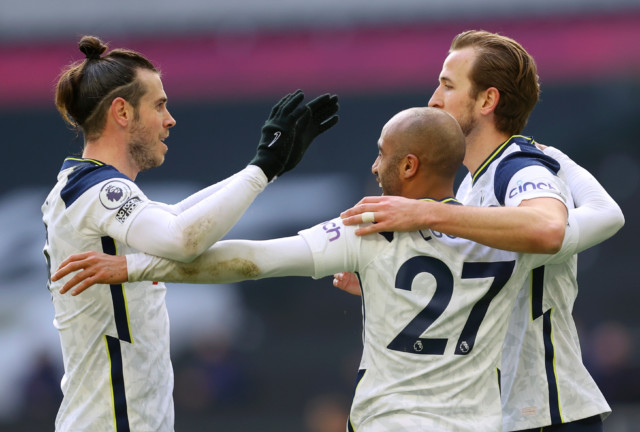 TOTTENHAM head to Fulham looking to build on a thumping Premier League win over Burnley last time out.

Jose Mourinho let the shackles off against the Clarets, with Gareth Bale back to his best in the thumping 4-0 win.

Bale, Kane and Moura were all on the scoresheet at the weekend

Fulham meanwhile are scrapping to avoid the drop and are unbeaten in their last five top-flight games.

When is Tottenham vs Fulham?

If you want to stream, download the official BT Sport app on your mobile, tablet, PC or games console.

Aleksandar Mitrovic could start for Fulham after coming off the bench in the goalless draw with Crystal Palace.

Pierre-Emile Hojbjerg is a gametime decision for Spurs, while Gareth Bale looks set to feature again after finally finding his form.

Dele Alli remains out of favour while Giovani Lo Celso is injured.

Did you miss our previous article…
https://www.sportingexcitement.com/2021/03/04/chelsea-2-atletico-madrid-0-top-stopper-berger-helps-blues-beat-atletico-after-ingle-sees-red/