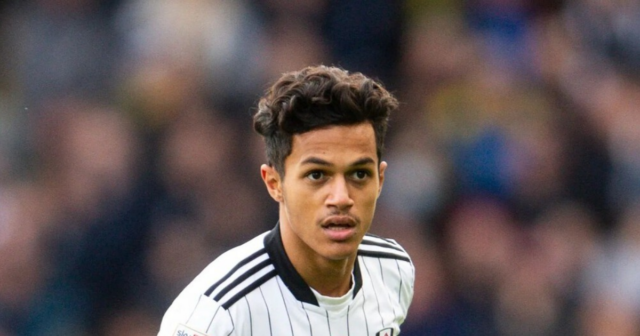 FULHAM star Fabio Carvalho is being eyed up by agent Jorge Mendes as the Portuguese agent prepares to secure him a move to Liverpool, it’s claimed.

The 19-year-old winger has netted four times and assisted one more in seven games for Marco Silva’s Championship outfit so far this season.

And his impressive displays have turned the head of super-agent Mendes, whose clients include Cristiano Ronaldo and Ruben Dias.

Mendes tried to persuade Barcelona and Real Madrid to sign Carvalho but to no avail.

However, according to The Mail, now the 55-year-old believes he has the interest of Liverpool and is keen to strike a deal between the two parties.

Mendes is said to have a good relationship with those at Liverpool after helping them secure Diogo Jota from Wolves in 2020.

And with Carvalho entering the final year of his contract at Craven Cottage, a transfer to the Anfield-based outfit appears possible.

Speaking previously about his future, Cottagers boss Silva said: “We are in the process to try and renew his contract, everyone knows that.

“But I hope everyone advising him makes him think just about football, and nothing [distracts] him from the most important thing in his life, playing football and doing his best every single day.”

Carvalho was born in Lisbon but has represented England at the various age group levels.

He has played for the U16s, U17s and made six appearances for the U18s.

Meanwhile, Liverpool are keen to freshen up their attacking options in the coming transfer windows.

Jurgen Klopp’s famous front three of Roberto Firmino, Sadio Mane and Mo Salah will all be 30 years of age by the start of next season.

The Reds currently sit fourth in the Premier League table with 22 points from 11 games.

In the Championship, Fulham are second as they look to return to the top flight at the first time of asking.