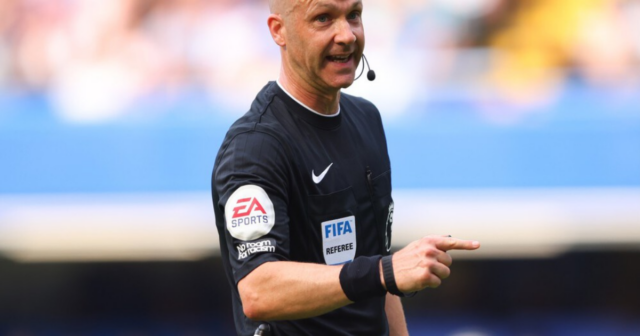 LIVID Chelsea fans have started a PETITION to try and stop Anthony Taylor from refereeing any more of their games.

Blues supporters were left fuming that both of Tottenham’s goals in yesterday’s 2-2 draw at Stamford Bridge were not chalked off by VAR.

The petition quickly racked up over 74,000 signatures 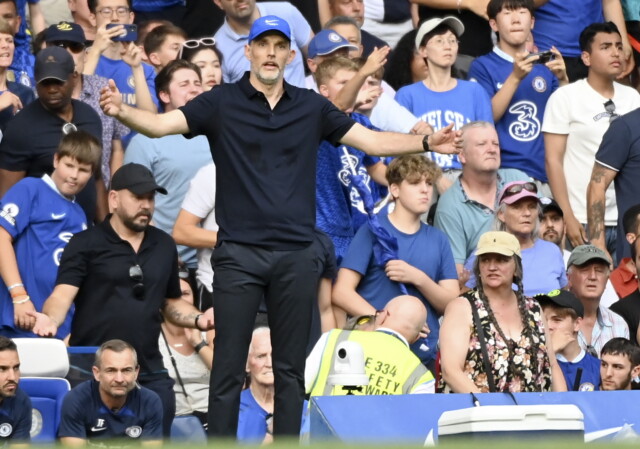 Thomas Tuchel was left fuming with the decisions made by Taylor

Ref Taylor waved play on when Kai Havertz was brought down by Rodrigo Bentancur, with Pierre-Emile Hojbjerg equalising moments later.

Chelsea fans and boss Thomas Tuchel were left fuming that a foul wasn’t given on the German, while Richarlison also appeared to be blocking Edouard Mendy’s view of the goal from an offside position.

Tottenham’s second equaliser then came after Cristian Romero had grabbed a handful of Marc Cucurella’s hair and dragged him to the floor.

One outraged Blues supporters quickly set up a petition after the full-time whistle to try and stop Taylor from being handed Chelsea games in the future.

Some reckon it’s not the first time Manchester-born Taylor has been at fault in their games.

The petition mentioned decisions made by Taylor in previous Chelsea games that fans believed went against them.

And it proved to be an instant hit – racking up close to 75,000 signatures within 12 hours of being set up.

The description for it read: “Anthony Taylor has continued to make big decisions against Chelsea over the years in big matches.

“Taylor has an agenda against Chelsea and should not be allowed to referee a game involving the club again.”

Taylor gave Tuchel and Spurs gaffer Antonio Conte yellow cards after they clashed during the game, before sending them both off when they came to blows again at full-time.

Tuchel is set to serve a one-match ban for the sending off, but is also reportedly facing further punishment from the FA for his comments on the referee.

When asked about the fans’ fury at Taylor, Tuchel hit back: “I don’t think that just some of the fans think that: I can assure you that the whole dressing room of us, every person thinks that.

“Not only the fans. You know the players, they know what’s going on when they are on the pitch. They know it.”

And after being quizzed on whether the Chelsea players are worried when Taylor is refereeing their games, Tuchel replied: “Yeah, of course.”

When he was told he was set to serve a touchline ban, Tuchel responded: “So good! I cannot coach but the referee can whistle the next game.”

Tuchel said that neither of Tottenham’s goals in the thrilling encounter should have stood, and said he has “no words” for the officiating.

“This, for me, is without any explanation and I don’t want to accept it.

“I have no words for it. I am curious what the explanation is for that but both goals should not stand and then it’s a fair result. We were brilliant and we deserved to win.”