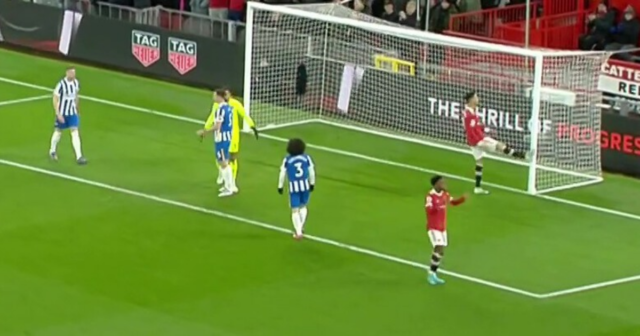 CRISTIANO RONALDO was left fuming and booted the POST after Jadon Sancho didn’t pass to him.

The Manchester United star, who has sulked at various points this season, was at it again during his side’s 2-0 win at home to Brighton. 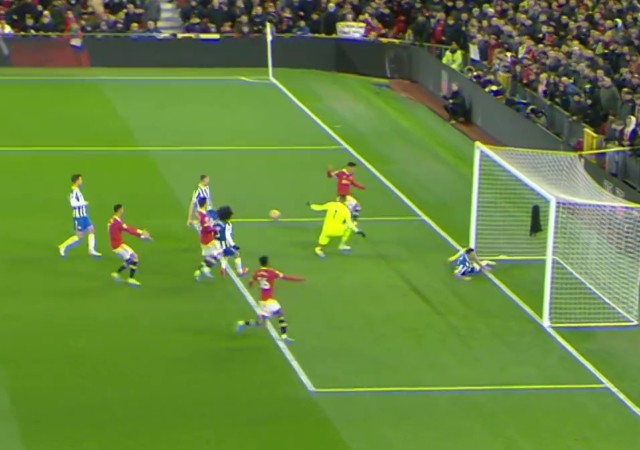 The score was at 0-0 when Brighton defender Adam Webster failed to control the ball to let in Ronaldo.

After bursting into the box the 37-year-old cleverly back-heeled to team-mate Sancho.

He threw his hands up in the air, before slamming them back down and spinning around angrily.

Sancho refused to give up however, and went after the ball, collected and cut inside before firing another shot at goal that was deflected over the bar.

But Ronaldo was NOT impressed and decided to boot the woodwork.

But the Portugal star was all smiles in the 51st minute when he finally ended his barren run without scoring to put United 1-0 up.

His strike – ending a six-game drought that was his worst in front of goal since 2009 – came courtesy of Scott McTominay picking the pocket of a dithering Yves Bissouma.

The ball landed at Ronaldo’s feet and he sent an unstoppable shot past Sanchez in the Seagulls’ net.

Ronaldo ditched his trademark ‘Siu’ celebration as the tension was lifted at Old Trafford.

And the win was sealed in the 97th minute when Bruno Fernandes fired home against ten-man Brighton who had Lewis Dunk sent off on 54 minutes.

And after the victory, five-time Ballon d’Or winner Ronny took to social media to send a message to his fellow players and the United faithful.

He wrote: “Back on track! Nobody gives up and there’s only one way to get back on track: hard work, team work, serious work.

“Everything else is just noise. Let’s go Devils!” 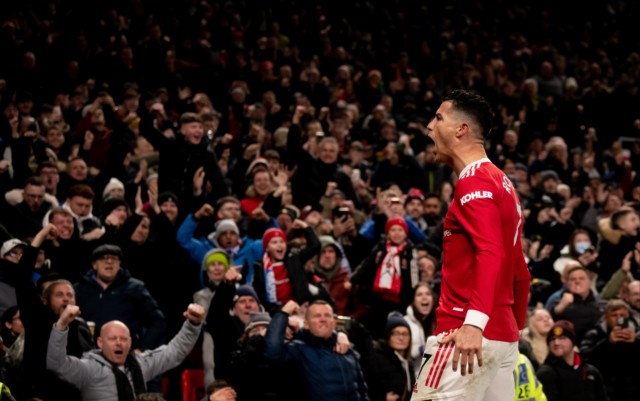