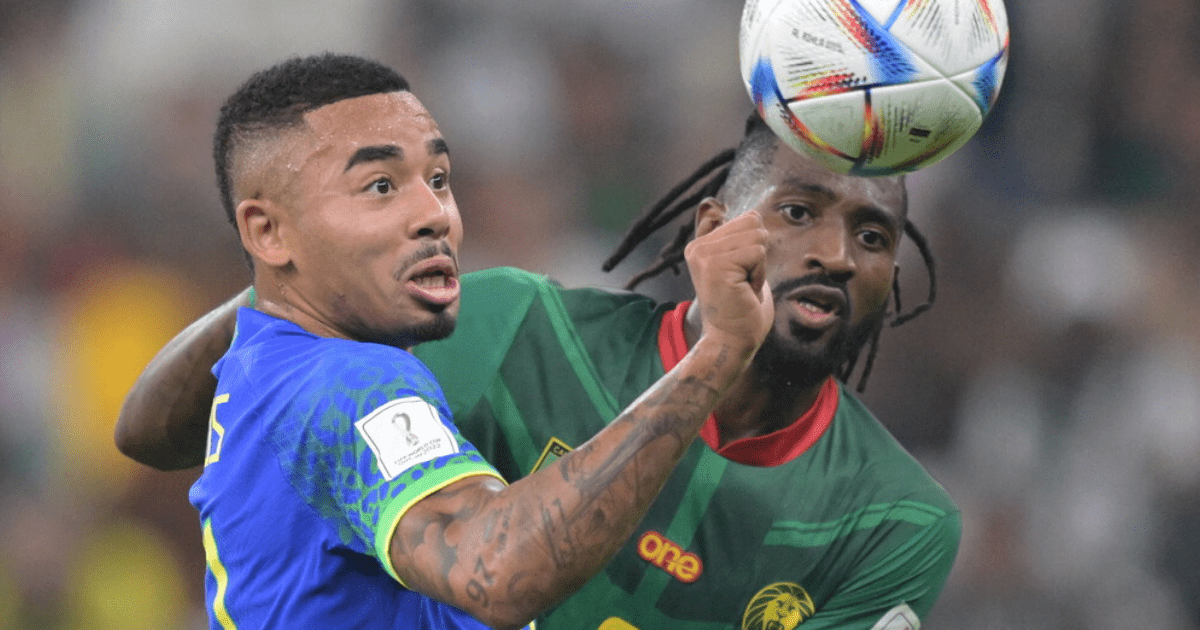 Jesus, 25, is already out for about four weeks and is set to fly back to the UK to be evaluated by Arsenal doctors after leaving Brazil‘s World Cup camp.

Gabriel Jesus in action for Brazil against Cameroon

According to sportv, if the forward ends up needing surgery then he will be sidelined for at least the next three months.

The striker appeared to confirm his injury, tweeting: “If there was a timeline and I could see you and tell you something, I would say ‘Gabriel, you are a winner’.

“Thank you to everyone who sent messages of support and affection.”

It will come as a massive blow to Arsenal’s title hopes, with Jesus being an integral part of the Gunners’ unexpected title charge.

This injury may accelerate Arsenal’s transfer plans to sign a new striker in January.

Eddie Nketiah is currently the only other recognised senior striker at the club.

And while he has been a reliable deputy for Jesus when coming into the team, there are question marks over the long-term viability of playing him up front as the main striker.

Arsenal fans did not take earlier reports of his injury well either, with one even suggesting their season is “OVER”.

Memphis Depay has been earmarked as one solution by Piers Morgan.

The Manchester United flop is now starring at the World Cup for Holland under Louis van Gaal – scoring his nation’s first as they beat the USA 3-1 to seal a spot in the quarter finals.

After the game, Piers said: “Arsenal should sign Memphis in January. Such a good player and would work well up front with Jesus.”

Jesus being crocked would delay such a partnership, but prior to that it would give Mikel Arteta the firepower he needs to try and maintain the five-point lead they currently have.

While Arsenal now sit on 37 points after 14 games, their record of 31 points from 12 games puts them on course to break the club’s record for points.

Furthermore, it suggests history is on their side – with only ONE team failing to win the Premier League after earning as many points at that stage.