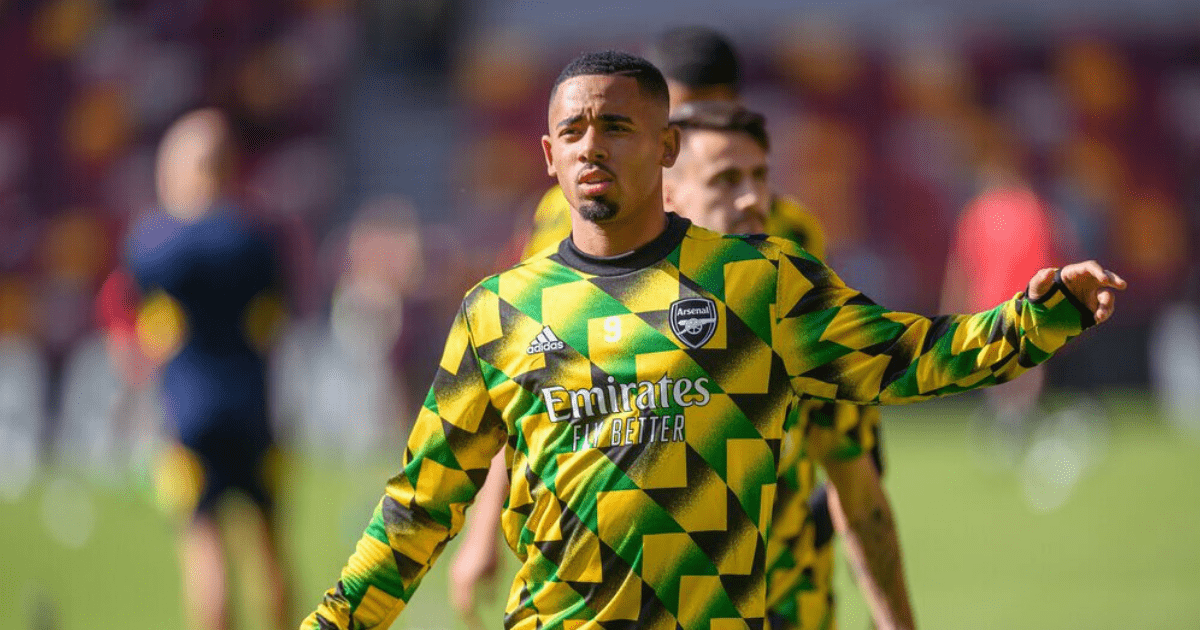 The Brazilian, 25, left the Etihad to join Arsenal for £45million in the summer.

Jesus left Manchester City to join Arsenal in the summer

And he has hit the ground running at the Emirates, scoring four goals and assisting a further three times in eight matches.

Jesus is thriving under the management of Mikel Arteta – a former assistant coach of Guardiola at Man City.

And the forward has now admitted he needed a change of environment as Guardiola’s teachings began to frustrate him.

Speaking to ESPN Brasil, he said: “The thing was the way [Guardiola] understands football and what he wanted.

“Then it was up to you to accept it or not. If you don’t accept it, ‘thank you’ and let’s go for another challenge.

“I accepted it for a while, but there came a moment when I said, ‘I want another thing for myself’. I thanked him, he understood, and we moved on.

“At City, it was different. The striker didn’t touch the ball that much, you see this by watching the games.

“And, when it was time to touch the ball, it was not the striker, because [Guardiola] ended up putting a midfielder to come closer. OK, fine. So, I decided to change.

“I talked a lot with Arteta about Arsenal’s style. He knows me, I know him, I understood what he wanted from me.

“Now, I’m free on the pitch, playing football with a smile on my face and trying to do my best all the time.”

Jesus’ positive influence has helped Arsenal to the top of the Premier League table.

The Gunners have won six of their opening seven league matches, with their only blemish coming in a 3-1 defeat to Manchester United.

Arsenal host Tottenham in the North London derby on Saturday lunchtime as they look to end rivals Spurs‘ unbeaten start to the Premier League season.

A win for Arteta’s men would take them four points clear of Tottenham and champions Man City ahead of the Manchester derby on Sunday.

Did you miss our previous article…
https://www.sportingexcitement.com/football/premier-league/how-chelsea-could-look-with-milan-skriniar-and-christopher-nkunku-lining-up-for-new-look-graham-potter-xi/

Advertisement. Scroll to continue reading.
In this article:ashe, gabrieljesus, idea