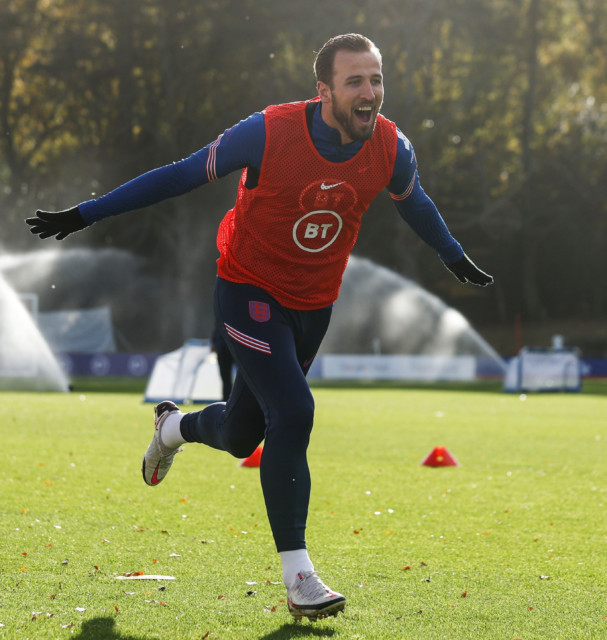 HARRY KANE reaches his half century of England caps with Gareth Southgate claiming it is a “privilege” to have the striker in his team.

The Three Lions manager believes his strikeforce, which includes Manchester City’s Raheem Sterling, is the envy of many other European powerhouses. 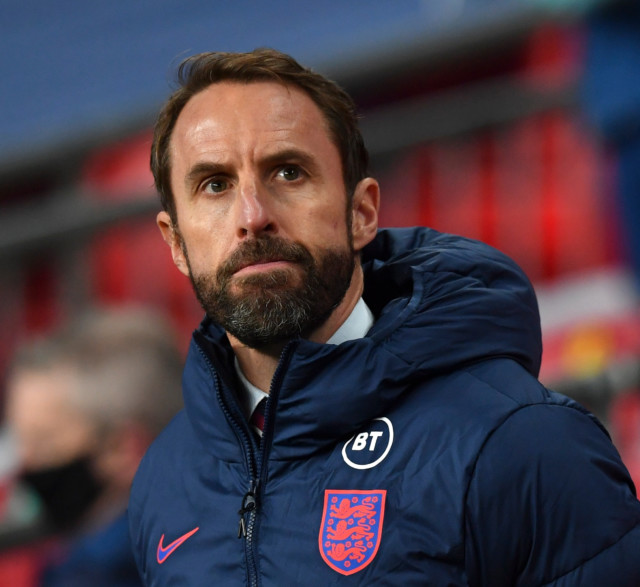 Kane, rested for Thursday’s 3-0 friendly win over Ireland, boasts a stunning record of 32 goals in his 49 games.

And he looks certain to eventually smash Wayne Rooney’s all-time international record of 53 strikes from 120 appearances.

Southgate, preparing for tomorrow’s Nations League tie in Belgium, said: “Every country is going to play differently and have their outstanding players who have different sorts of attributes.

“Harry is a different type of centre-forward to Romelu Lukaku, for example.

“Different to Olivier Giroud or Kylian Mbappe. We are just delighted we’ve got him and we know his impact. His scoring record for us is just phenomenal. Absolutely phenomenal.

“You always know, going into a game with the likes of Harry, with Raheem as well, that we’ve got a tremendous goal threat which a lot of countries would be delighted to have.”

Kane, 27, has won major praise this season for the way he has created so many chances and goals for Spurs, where he has a seemingly telepathic relationship with Son Heung-min.

But this is of little surprise to Southgate. He first saw the player’s all-round natural ability in only his second game as Under-21 manager against Finland in September 2013.

With tongue in cheek, Southgate added: “He started on the bench which showed what we know about talent observation! 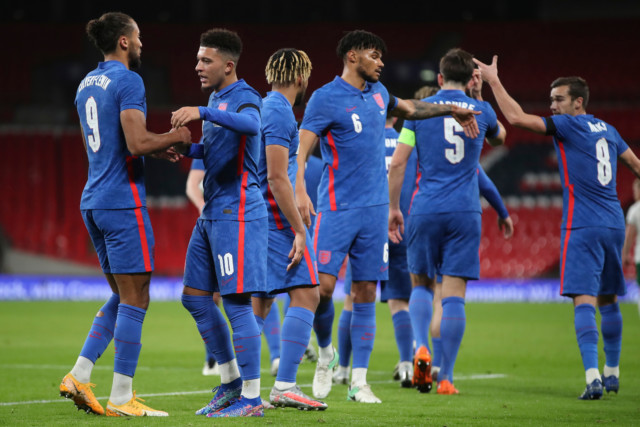 “It was the second game we had with the Under-21s. But he came into the game as a 10. We had Saido Berahino as a 9 and Harry immediately created a goal that got us an equaliser. I know there seems to be more emphasis on that part of his game now but he’s definitely always had it.

“He’s as good a provider and as good a passer as he is a finisher and he is, of course, an outstanding finisher.

“Clearly the combinations at the club — with Son in particular — have been excellent. When you’ve got runners going beyond him, he will find the passes.

“So we are privileged to have him, we know that, and it’s great to see him hitting that sort of form ahead of the weekend.”

Another Three Lions striker in form is Dominic Calvert-Lewin. And he wants to take penalties for Everton after his thumping spot-kick against the Irish.

The Goodison striker, 23, is the Premier League’s joint-highest scorer with eight goals — but most of his Golden Boot rivals are significantly aided by being on penalty duties for their clubs.

Yet Gylfi Sigurdsson has had a patchy record as Everton’s spot-kick taker, while Richarlison scored one in the victory at Crystal Palace this term.

But Calvert-Lewin, who netted his second goal in four England starts on Thursday, insisted: “I have got no problem taking penalties. I want to take them for my club as well. It was a chance to showcase my ability and stick it in the back of the net. I am completely confident at the minute.

“I picked up some good positions during the game and I just had to stay patient.

“My chance came in the form of a penalty, so I am obviously happy to have scored.”

Calvert-Lewin is Kane’s understudy but he is adamant the pair could play together, which they did when ten-man England unsuccessfully attempted to claw back a 1-0 deficit against Denmark last month.

“We both played up there against Denmark and we played a bit more direct. He is a top player and I am sure we can be compatible together.”

Advertisement. Scroll to continue reading.
In this article:crystal palace, everton